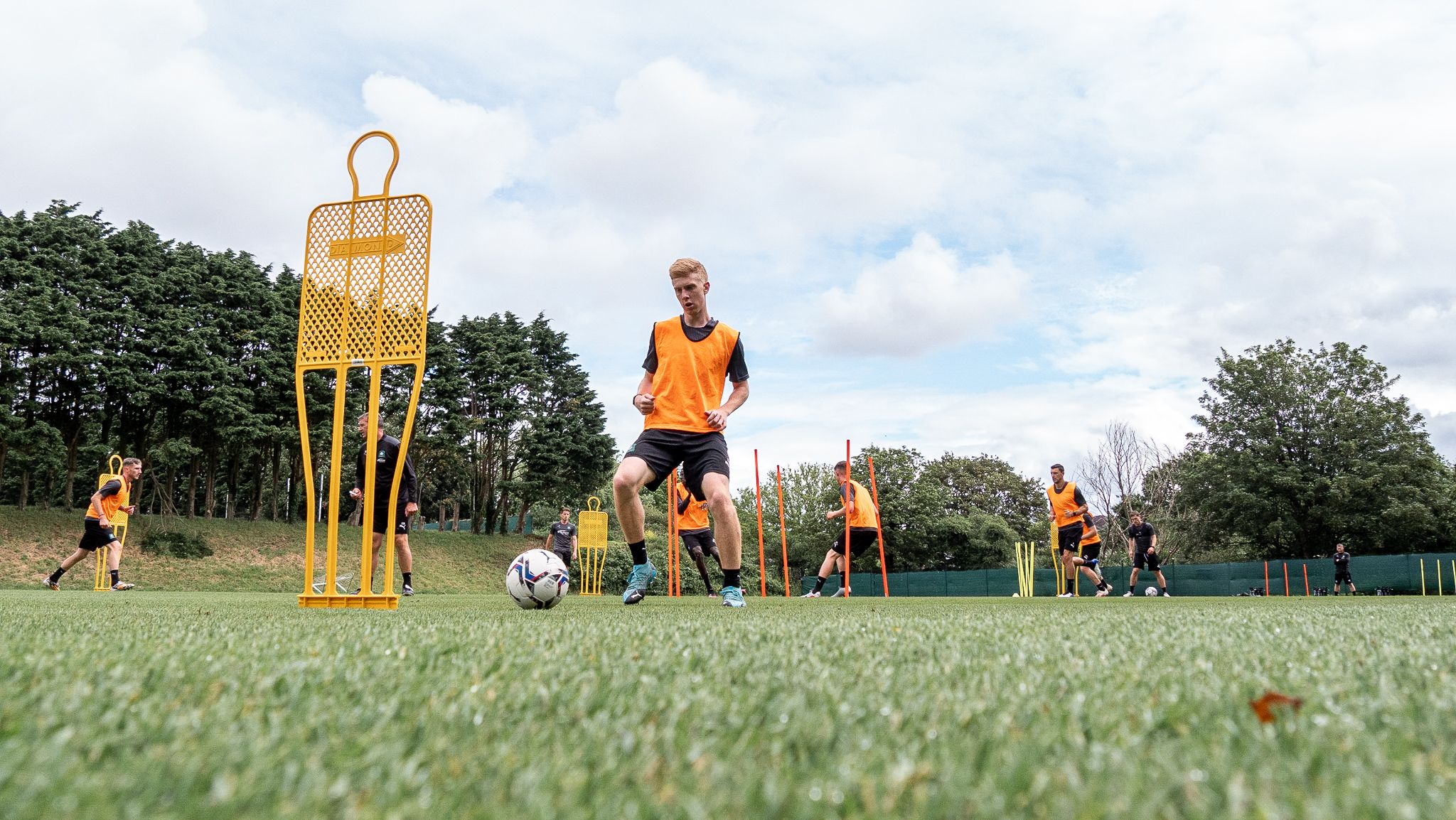 Getting ready for Robins

Argyle take on Swindon Town in the second of their Papa John’s Trophy fixtures on Tuesday night.

The Greens lost their opening game of the competition, away to Newport County AFC, but haven’t tasted defeat since.

A number of youngsters were handed game time in the loss, with five players given their debuts by Ryan Lowe.

One of those was 15-year-old Freddie Issaka, who became Argyle’s youngest ever player when he came on as a second half substitute.

Since that game, Argyle have won four and drawn three in Sky Bet League One and currently sit top of the table.

As for Swindon, they won their opening game of the tournament, beating Arsenal under-21s 2-1 at the County Ground.

Since being relegated to Sky Bet League Two last season, they have been in decent form and lie third in the division.

They have won their last two matches, including a 2-0 triumph over neighbours and leaders Forest Green Rovers on Saturday.

Harry McKirdy and Tyreece Simpson scored for the Robins, who are currently on a four-match unbeaten run.

The form the Wiltshire side are on means that Tuesday night’s will a tough one for the Pilgrims and Ryan Lowe knows his side will have to be at their best.

He said, “They’re a good team, they beat Forest Green on the weekend, and we will have to respect them.

“They were a good team in our league last season and got relegated for whatever reason but for us we have to make sure we put a plan together for them.

“We are expecting a really tough game and it’s one that we want to win.”

Argyle have played Swindon four times previously in the EFL Trophy, most recently in October 2019 when Zak Rudden, Joel Grant and Joe Riley gave the Greens a 3-0 win.

Lowe’s side also did the double over Swindon in the league last season, beating them 4-2 at Home Park and 2-0 at the County Ground.

Ryan Lowe is expected to make changes for the game, which kicks off at 7pm. Luke Jephcott and Brendan Galloway are still away with their international teams, while Niall Ennis and James Bolton are out injured.

Danny Mayor came on as a substitute in the win over Burton Albion on Saturday and is expected to play a part while Callum Burton is likely to come in for Mike Cooper in goal.

Swindon also have players away on international duty. Anthony Grant is with the Jamaican squad playing World Cup qualifiers, while Jojo Wollacott is away with Ghana.

Jonny Williams is in action for Wales and Kaine Kesler-Hayden is with the England under-20 squad.

If you cannot make the game then it is available to watch on Argyle TV for just £10.