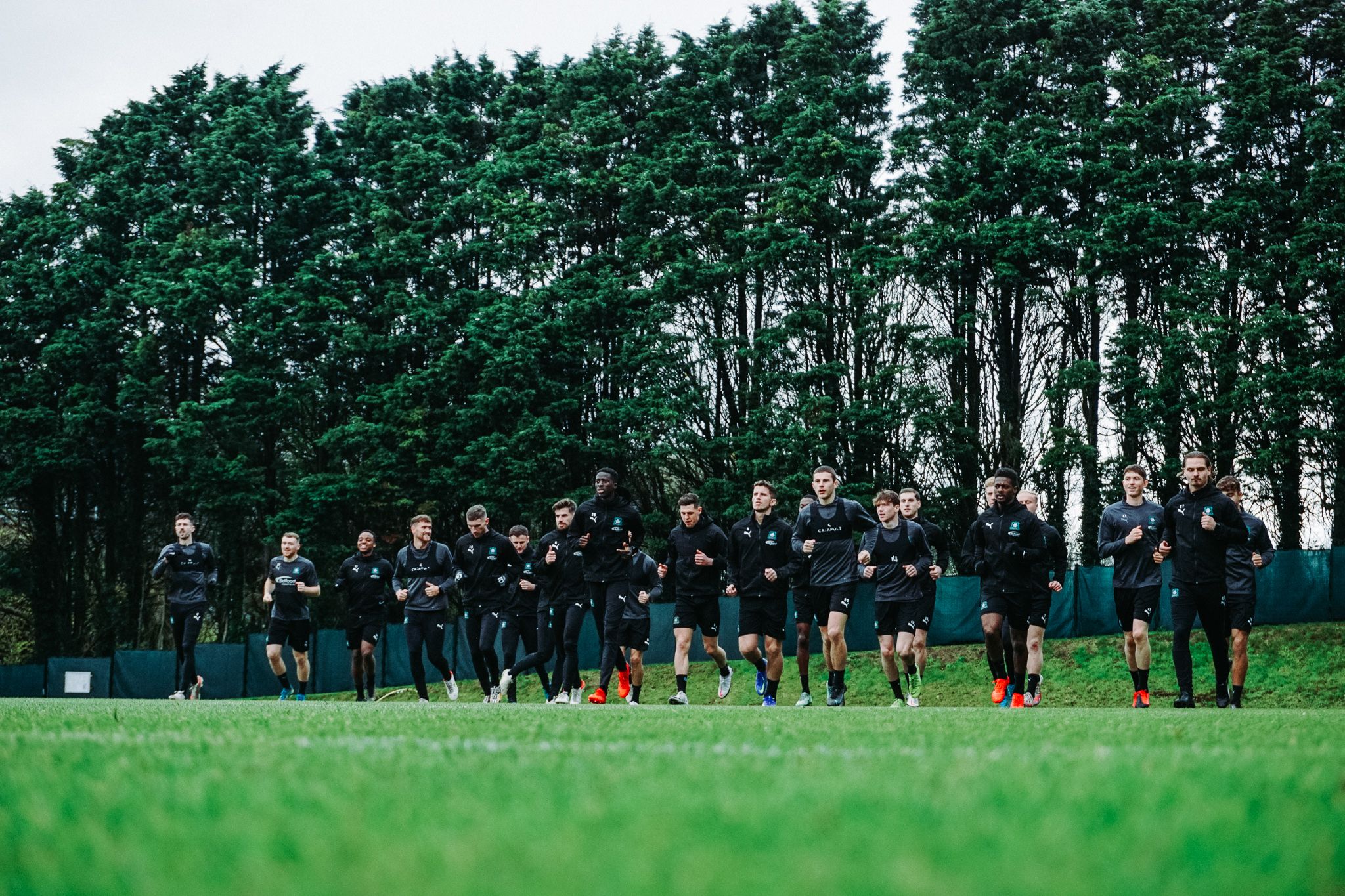 Getting ready for Robins

Kieran Agard’s 45th minute strike gave the Greens their first win in the league since the beginning of November.

It was also Steven Schumacher’s first win as Argyle manager, in his third match in charge.

The Pilgrims have picked up 40 points from their first 23 games, signalling an impressive first half of the season.

The only side they are yet to play is Cheltenham, and they go into the game at the Jonny Rocks Stadium with the fifth best away record in the division.

Argyle have picked up four points from their last five away games and have only failed to score on their travels in two matches throughout the entire campaign.

Speaking ahead of the game Steven said, “Boxing Day fixtures are always exciting fixtures, I used to love playing in them.

“The lads have been really sharp in training this week. The win against Charlton just settled everybody down.

“This week the players have a bounce in their step and their confidence has come back and they are smiling and look ready to go.”

In fact, their last league visit to the Jonny Rocks Stadium was on Boxing Day, back in 2019, where Zak Rudden scored the only goal of the game in a 1-0 win for the Pilgrims.

Cheltenham Town have made a solid start to life as a Sky Bet League One side as they sit 14th in the table with seven wins, seven draws and eight losses from their 22 matches.

Their last outing ended in a 3-1 defeat away to Shrewsbury Town, meaning that they have now gone five games in all competitions, without a win.

Michael Duff’s side have won four of their last eight matches at the Jonny Rocks Stadium and they have only lost once during that time.

Their last victory came at the end of November when Sean Long and Alfie May did the damage in a 2-0 win away at Gillingham.

Unlike Argyle, the Robins have been at home on each of their last five Boxing Day fixtures but have only picked up one win during that time.

The Greens' recent form in Gloucestershire is very good, with wins in each of their la st four visits to Cheltenham.

The last time they lost there in the league, was in October 2012 when Conor Hourihane scored Argyle’s only goal in a 2-1 defeat.

Argyle have no fresh injury concerns with Brendan Galloway the only absentee.

Conor Grant could be back in contention after missing the last two.

Cheltenham are likely to be without defender Will Boyle who has missed the last two months.

Conor Thomas and Taylor Perry are both still out injured.

Tickets have sold out for this game and there will be no pay on the day available at the Jonny Rocks Stadium with 1,500 members of the Green Army making the journey up the M5.