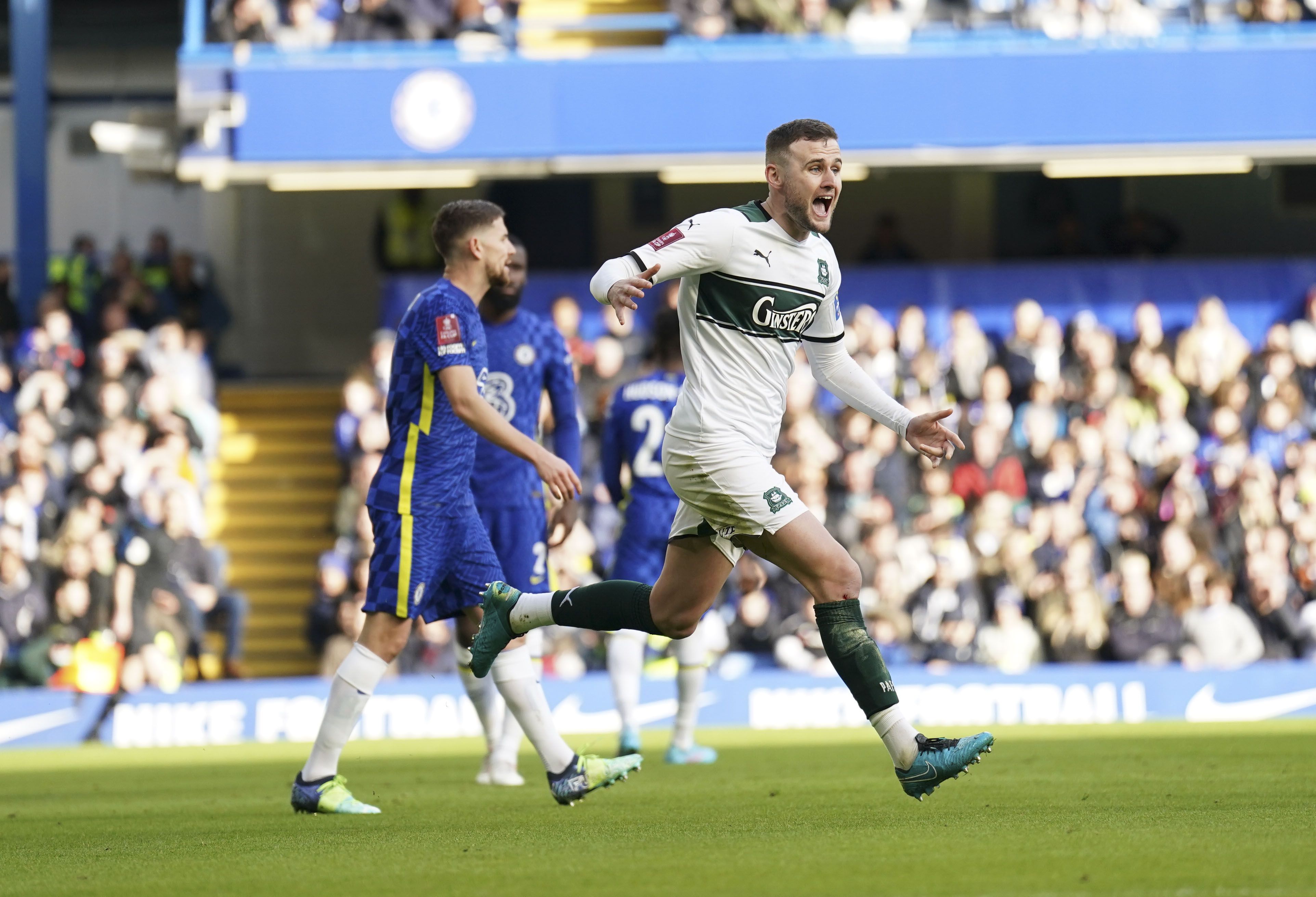 Gillesphey off the mark at Chelsea

So, how does scoring your first Argyle goal at Stamford Bridge sound Macaulay?

“It was amazing. I wasn’t even sure how to celebrate to be honest, I just started screaming and jumping around like a lunatic.

“I’ll take that for my first for the club as well, it’s not too bad is it?”

For Macaulay Gillesphey, 6000 members of the Green Army and thousands watching on TV, that eighth minute header will be remembered forever.

It gave Argyle the lead, and not just that, the lead against the European Champions.

“I thought we had a chance for a second,” Macaulay said.

To be honest, as the half went on, I think more than just Macaulay thought we might just have a chance.

Chelsea fought back. They hit the bar twice, the post once and Mike Cooper and the defence in front of him kept the Blues at bay for most of the first half.

Macaulay said, “It was a great shift from everyone, from Coops all the way through everybody played their part.

“It says a lot about us as a team and what we’re about.”

Even though the game ended in defeat and elimination from the Emirates FA Cup, the way the side, the fans, the club as a whole, performed was a credit to everyone associated with Argyle.

For Macaulay and his defensive colleagues, to play against some of the world’s best, and keep them at bay for the majority of the game, will be a day to remember forever.

He said, “It was good to test ourselves against them.

“They are quality players and have great ability, you can really see the Premier League and Champions League standard.

“It wasn’t to be, who would have known what would have happened if we had held out and taken it to penalties.