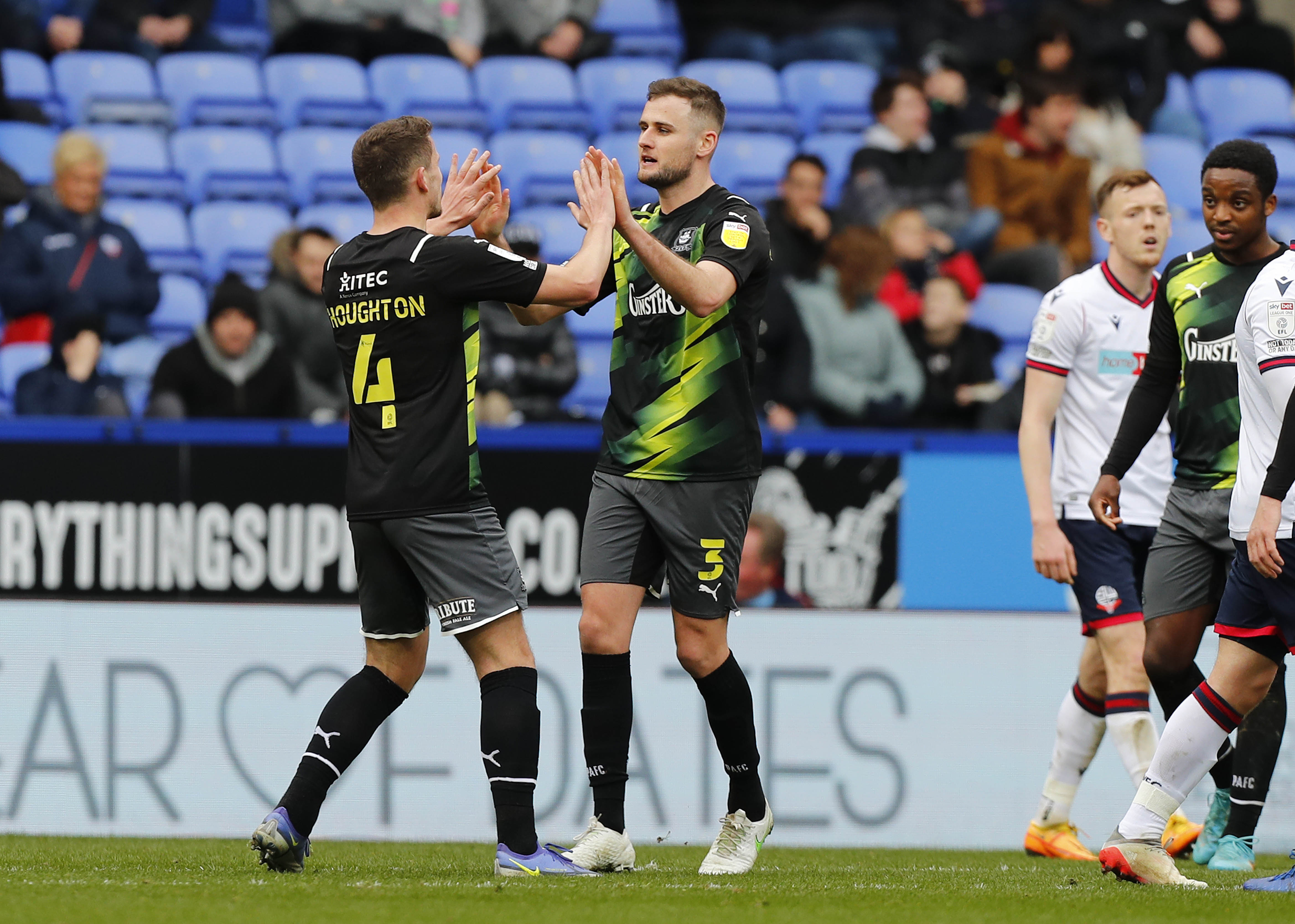 Not only did Macaulay Gillesphey get the winning goal in Argyle’s victory over Bolton Wanderers, he also was part of a defensive unit to keep a third successive clean sheet.

“Can’t complain about that can I? Pretty decent day,” Macaulay said after the game.

“It was a perfect win.

“Away from home against a big side doing well, really pleased to get these points.”

With just 10 games left to play in the Sky Bet League One season, the play off race is really hotting up.

This win for Argyle keeps them in those top six places and means that they have stretched their advantage over Bolton to 10 points.

The victory was set up just before the break, Argyle had grown into the game after a patient start to the match and four minutes before halftime, Gillesphey struck.

He rose highest at the back post to nod in a Jordan Houghton corner – his first league goal for the club.

“It was a bit of a scruffy match to be honest, they pressed us well to be fair, but I am buzzing to score.

“It was a great ball in from Jordan, my roomie, so he is looking after us. He has mentioned it to me just now, that’s two now, Chelsea and here, so that’s good.

“It was the perfect time to score, wasn’t it? Get in the changing room everyone is buzzing and it probably changes their game plan a little bit.”

With Bolton also desperate for the points, the inevitable onslaught came in the second half.

Buoyed by the noise of a 16,000 strong crowd, the hosts put Argyle under pressure.

The Greens withstood it though and, for the third time in a row, put in a solid defensive display to keep a clean sheet.

“We knew the pressure was going to come, they’re a good team.

“I think we’ve been dealing with pressure all season; a lot of sides have tried to do that to us and we have dealt with it really well.

“We have a really tough run in now and the boys are really looking forward to it.

“Every game is a tough game now but we’re doing well, keeping clean sheets and so hopefully that can continue.”