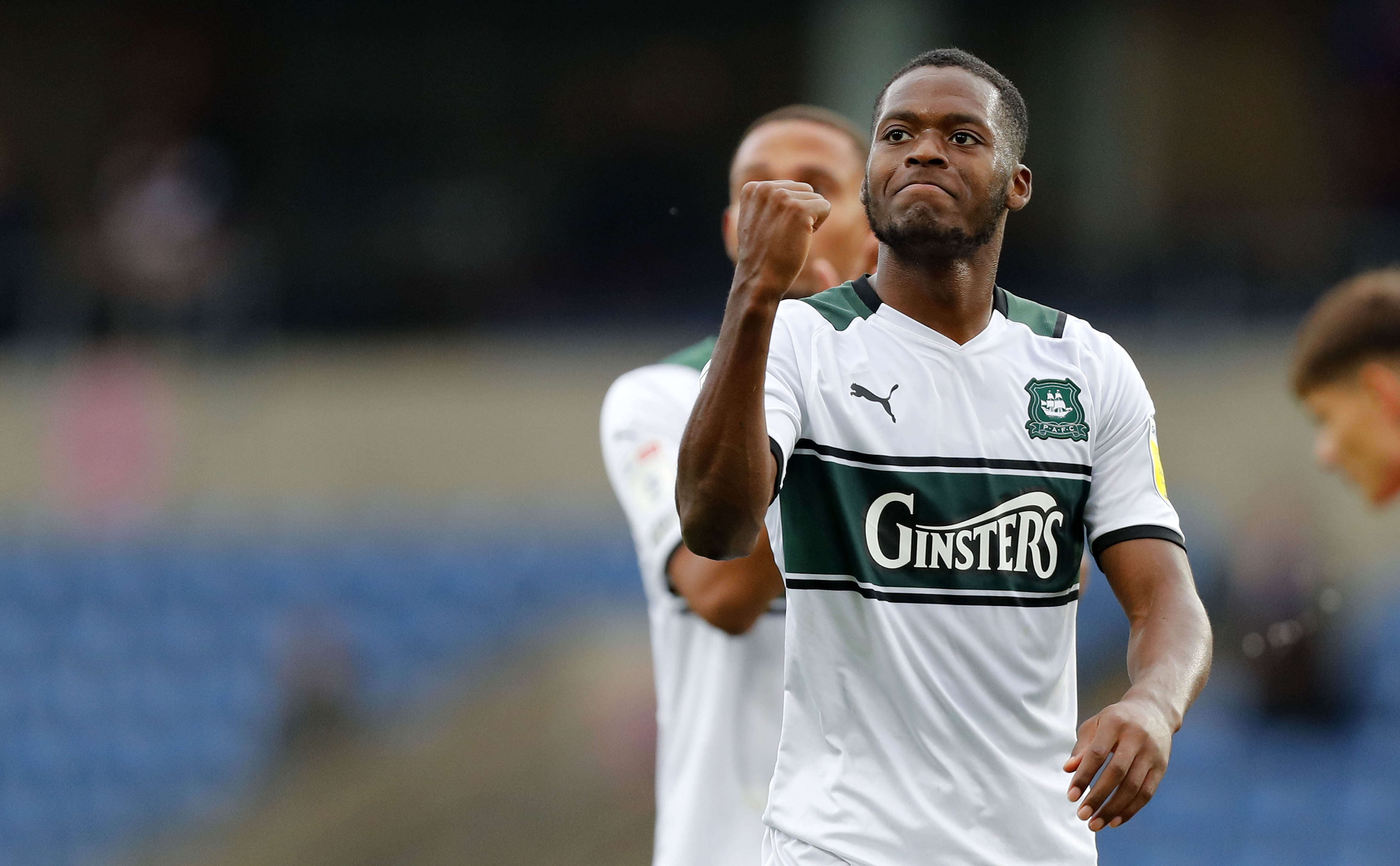 Having notched his first goal for the club, Jordon Garrick is desperate to build on it and get on the score sheet more often.

His goal, 11 minutes into the game, brought the Pilgrims level after they fell behind in the early stages against Oxford United.

It was an important time to score, not just for the team, but also Jordon himself.

He said, “I can’t even describe how I feel. The atmosphere was great, and I am happy to contribute to the team really.

“I am buzzing. I have been working hard in training and I am keen to be able to chip in.”

He was given the nod up top because of top scorer Ryan Hardie feeling unwell in the build-up.

It was the first time the Swansea City loanee has started a game for the Pilgrims as a striker and he was happy that he was able to help the team.

He said, “It’s important because it takes the pressure off the other strikers.

“I knew as soon as I cut inside that I was going to score. That’s my signature move and that’s my kind of finish.”

It wasn’t just his goals which caught the eye. Jordon played an important role in both of Panutche Camara’s goals.

On both occasions he had the awareness to dummy the ball as it was played across. He may not get the assists on the stats sheets, but he helped set up those goals.

Jordon said, “I knew Pan was behind me and if I was him and it wasn’t left I would have been fuming.

“I realised he was in a better position than me and thankfully he scored. If he hadn’t I would have let him know.”