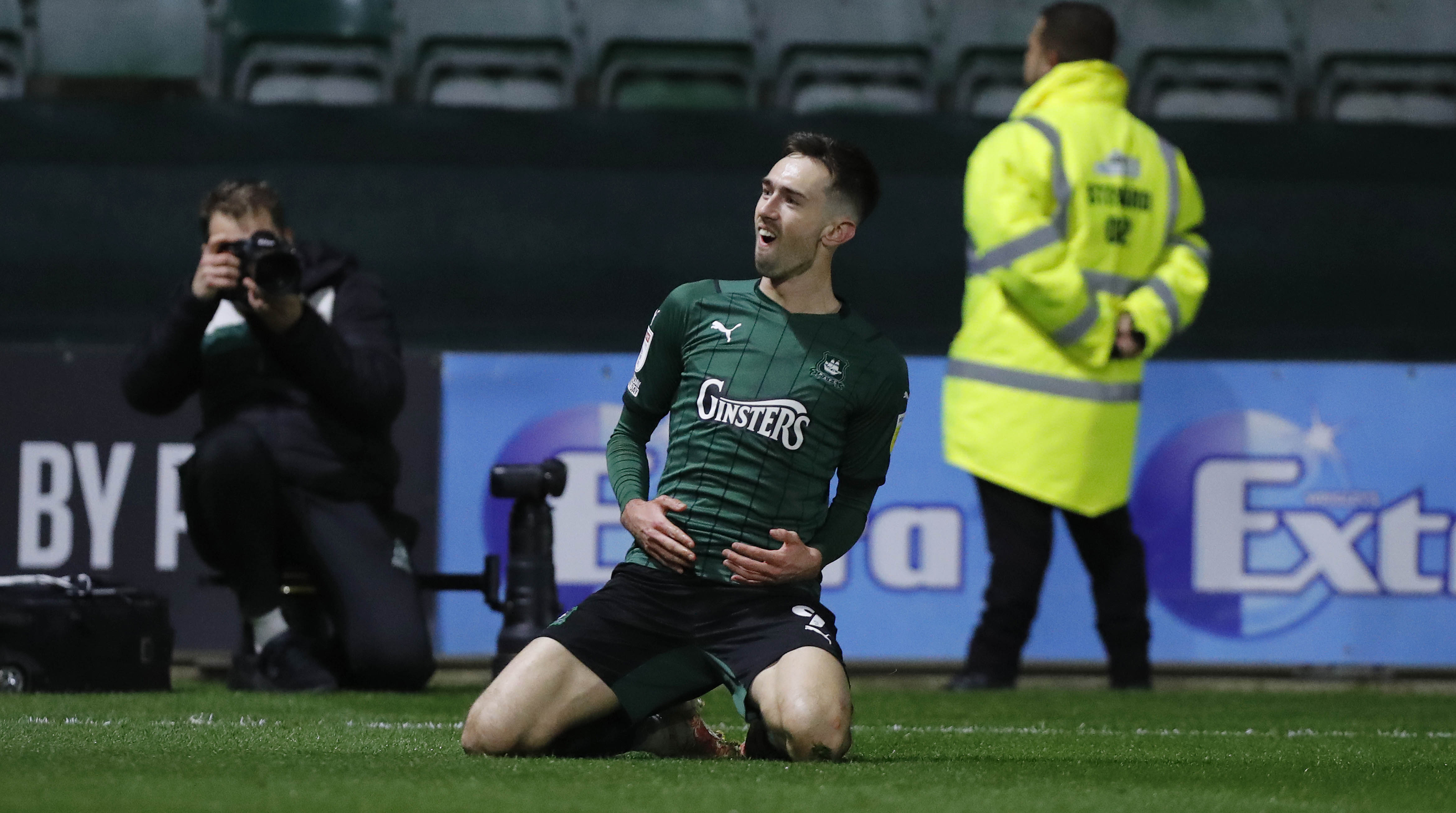 Ryan Hardie has moved ever closer to the holy grail for strikers, and 20 goals for the season.

He got the opener in Argyle’s 2-0 win over AFC Wimbledon on Tuesday night to make it 17 in all competitions.

“20 is where the next objective is for the season,” Ryan said speaking after the game.

“It’s another one ticked off tonight, which is nice, but the main thing was the three points tonight.”

The goal came midway through the first half and was the second time in successive matches that Ryan has found the back of the net.

It’s obvious that the Scot is full of confidence at the moment and feels as if he is going to score whenever he takes to the field.

He said, “I had a chance a couple of minutes before my goal, but the ball was bouncing, so I thought better of it.

“To get the goal so early was great for me, we were able to grow into the game and it’s important getting that first goal.

Not only was it back to back goals for Ryan, it was also the second time in as many games that he had been set up by Danny Mayor.

It was from a Mayor cross that Hardie nodded Argyle’s second in their victory over Morecambe on Saturday and again the midfielder was the creator for Ryan on Tuesday.

“Dan spotted me well,” he said, “I took a touch across the goal, took another one to move the ‘keeper a bit and it went through his legs.

“Two assists in two games is great and hopefully we can continue this relationship and get some more at the weekend.”

The win has moved Argyle back into the play off places in Sky Bet League One and with just 11 games to play, they are well placed.

Ryan feels that with seven games in March, to win the first two was vital.

He said, “It’s all positive at the moment, we’ve got the first two games of March out the way now, it’s important we got off to that good start and to do it with clean sheets is even better.

“Now the focus is onto Saturday and we want to go there and put in a performance.”