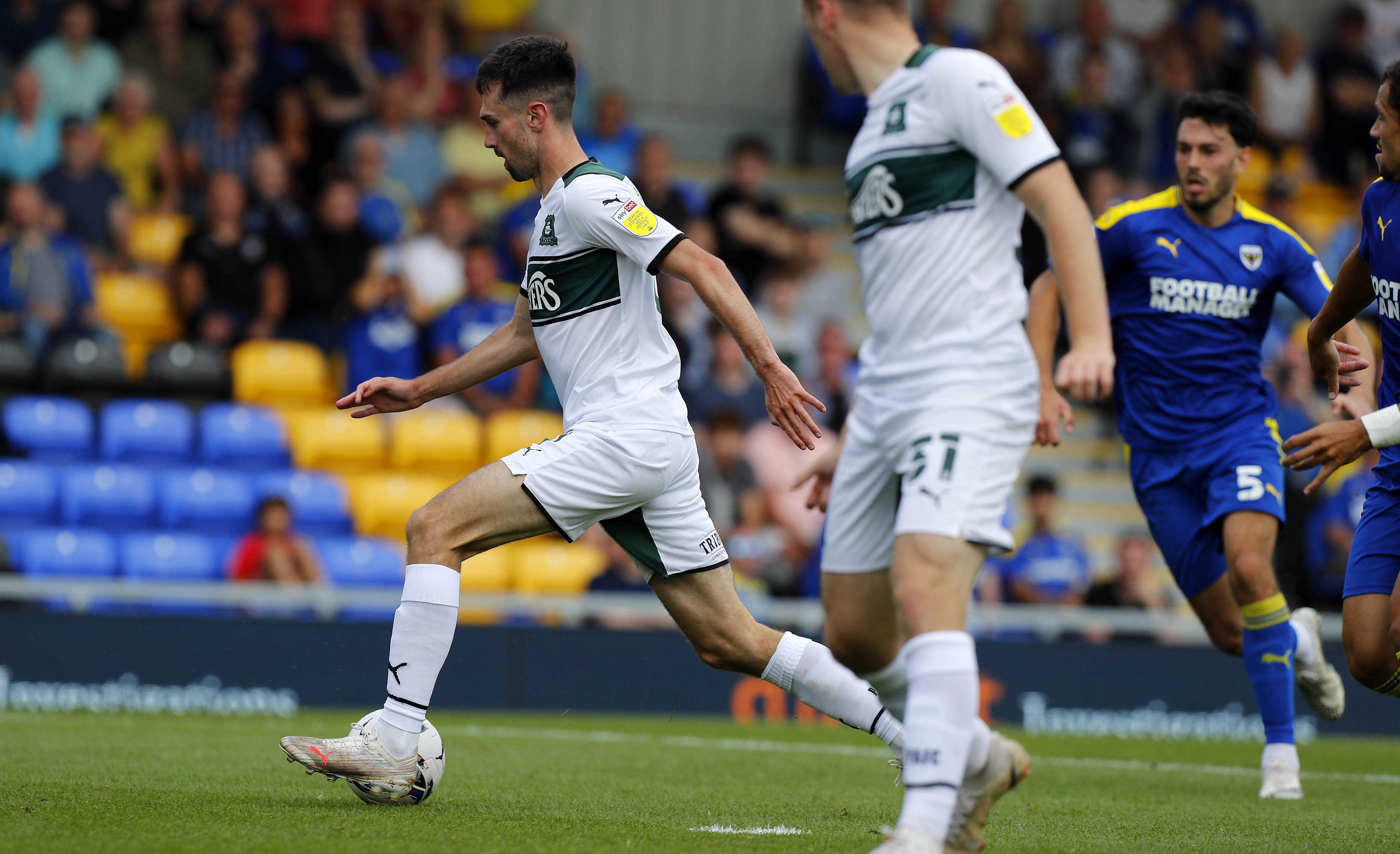 The Argyle squad, including Saturday afternoon’s goalscorer Ryan Hardie, gifted manager Ryan Lowe the one present he wanted from them on Saturday, and that was three points.

Hardie was delighted the team were able to put on a solid performance to bag the win, not only for manager but for themselves and the fans too.

He said: “The first 20 minutes, we’ve never started anything like we should’ve. We knew Wimbledon would come at us fast; we’d been warned about it, I think we were surprised ourselves with how quick they did come out.

“After that we got a bit more of a hold on the game, we started to pass the ball, started to impose our style again so you could say it was professional because we did have to dig deep and find it within ourselves to find a way to win.”

The way the team has been performing at the start if this season has seen them become one of the toughest teams to play against.

Argyle have conceded just four goals from the opening seven games in Sky Bet League One, keeping four clean sheets in the process.

Ryan said, “We dug in, and we stood strong together to make sure that we kept that back door shut. If the defenders can keep it shut, we’ve always got a chance and luckily enough we managed to get a chance and it was nice to put it away.

“It was a massive win. It feels as good, if not better than the Sheffield Wednesday win.

“The gaffer asked for a win last night, we got him cake, but he said, ‘the only thing that I want is three points tomorrow for my birthday’ so I’m glad we delivered it for him.”

Ryan bagged the only goal of the afternoon on Saturday and has now reached a total of six goals so far this season, which means his total is at the same number of goals he scored for the whole of last season.

His goal against the Dons was a cool, calm and collected finish which secured the three points for the Pilgrims.

He said “When I went through, I was ready to hit it first time. Then when they dive in to block the shot, which they have to if I’m able to shoot, then I had the opportunity to drop back inside and have a pass into an empty net.

“Football is all about confidence. Last season, for whatever reason, I never felt that confident, but I’ve got off to a really good start this season.

“I scored quite a few in pre-season and that was my sixth [on Saturday], so it does equal last season’s goal tally, but I just want to keep it going. Every week I know I’m getting chances and the ball’s being played in the right area for me so if I get a couple of chances in a game, I’m quite confident I will score one or two of them.”