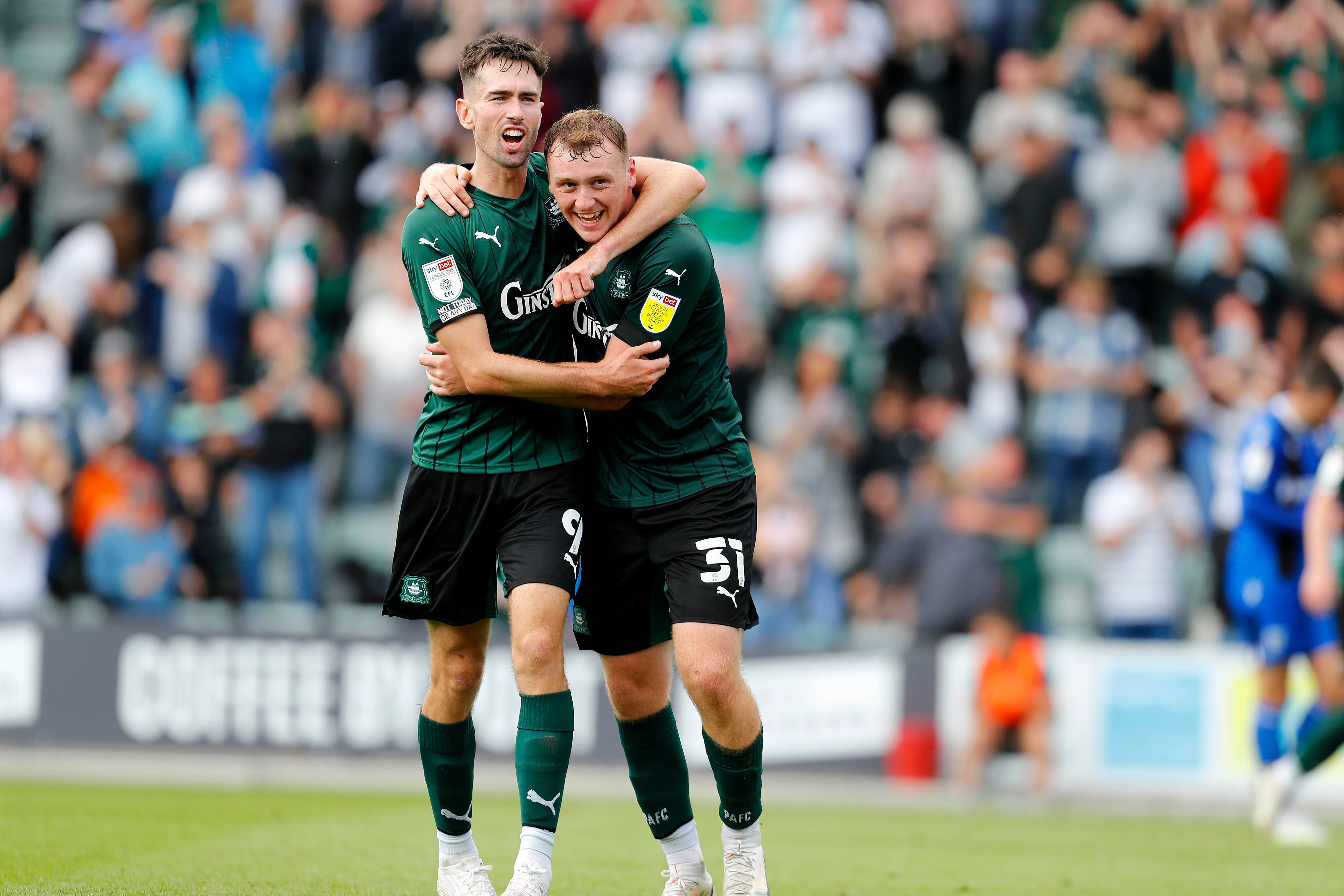 Hardie on friendship with Jephcott

With eight goals in the opening ten games in all competitions, the Scottish striker seems to be back to his best.

Six of those strikes have come in Sky Bet League One making him the joint top scorer in the division with Morecambe’s Cole Stockton.

Hardie’s goals, along with four from strike partner Luke Jephcott means that Argyle have got off to a flying start, picking up 15 points from the opening eight games.

The partnership is among the deadliest in the division and the relationship the pair have on the pitch is matched off it.

The two often arrive to training together and are regularly seen chatting and laughing around Home Park.

That friendship is something that Ryan believes has helped both of them improve as players.

“It massively helps that we are good mates off the pitch, we do a few activities outside of football together and were always laughing and joking about it.

“It’s important to have this relationship because when I didn’t slip him in against Sheffield Wednesday that could have caused a bit of friction between us if we didn’t get along.”

It’s all well and good getting on as people but it’s clear to see that the relationship extends performances too.

Of course, the 12 goals between them is of huge benefit to the team but the work they do to hold up play and get Argyle higher up the pitch, as well as the pressing and defending from the front, is something that is regularly praised by teammates.

Ryan admitted that as well as knowing each other as friends, the duo also study each other’s styles of play.

He said, “We do always want the best for each other, sometimes we get angry, but we get over it very quickly and move on.

“We’ve had a bit more freedom where Luke can come to feet and receive the ball a bit easier and then that leaves more room for me.

“The gaffer has given us that freedom this year and it’s worked quite well.

“He’s looking really sharp and we’ve both started the season really well and long may that continue.”