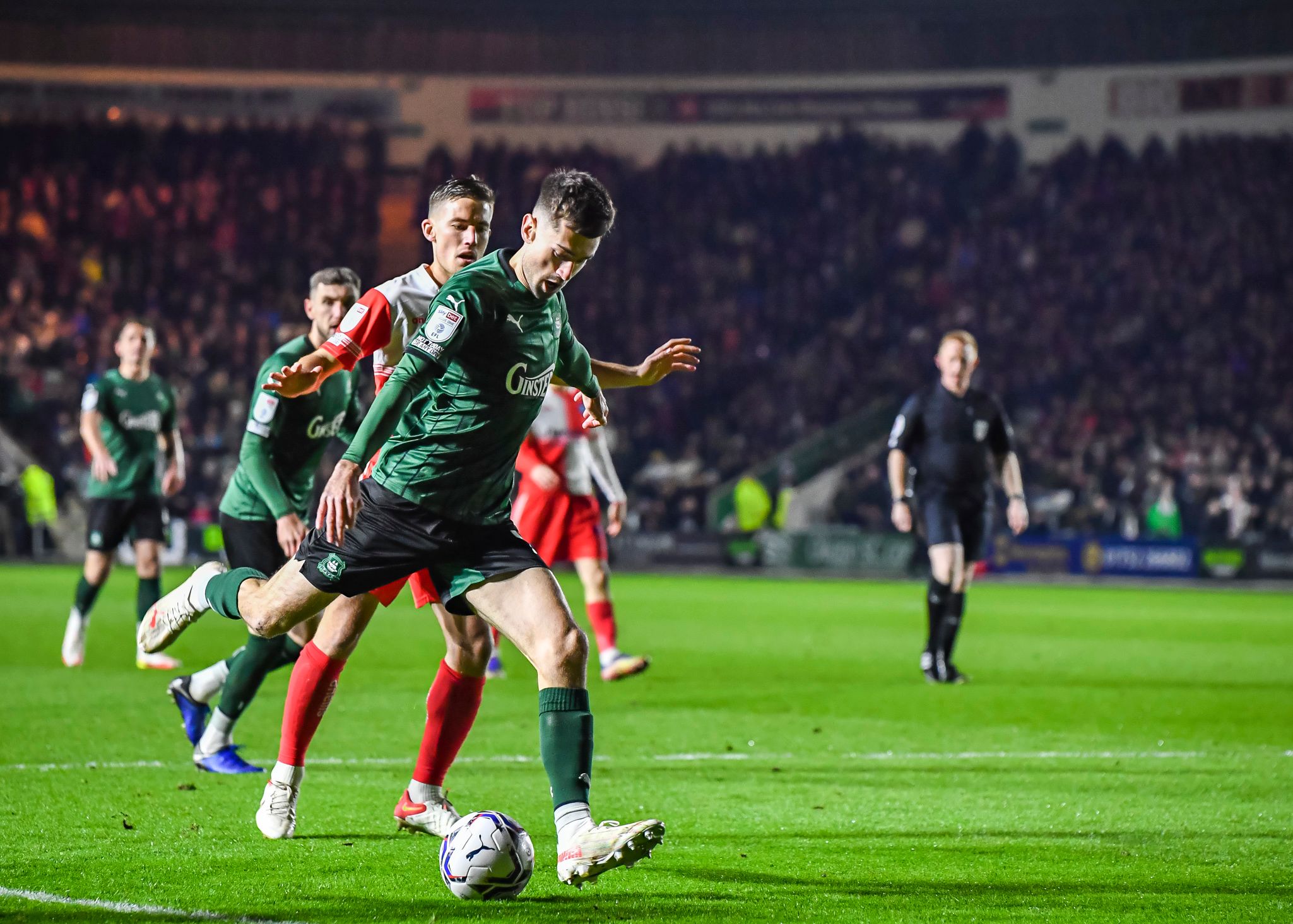 Ryan Hardie is hoping this weekend’s game against Charlton Athletic at Home Park can be the springboard for Argyle to get back to winning ways in Sky Bet League One.

Last month, the Addicks ended the Greens’ 16 game unbeaten run with a 2-0 win at the Valley and since then the Pilgrims have failed to win in the league.

Ryan feels Saturday is the perfect opportunity to turn the ship around and get some revenge for the defeat in South London.

He said, “We’re going into the game keen to get the points and are wanting to give these fans something to shout about again.

“The results of late haven’t been good enough but we’re not getting battered, we’ve always been in the games.

“It’s only really been a bad week and a half, and we have to make sure we can turn the ship and get back to winning ways.

“When we went on that unbeaten run, we knew the things we were doing right, and we just have to get back to doing that.”

A lot has happened in the four weeks since Argyle’s trip to the Valley. The Greens have progressed to the third round of the Emirates FA Cup, they have played four times in the league and had a change of manager.

It has been a lot to take in for the players in such a short space of time, but Ryan is keen to look forward and be excited about what is to come.

He said, “It’s been a pretty positive start - MK Dons was a positive result and the response in the second half [against Sunderland] was good as well.

“We have to look forward and keep working towards getting some points which will start this weekend.

“It’s been a bit of change but it's somebody that we know and knows the style of play that we want.

“It’s been really comfortable coming to training every day.”

A big positive in recent weeks has been the return to first team action of striker Niall Ennis.

The former Wolves man played his first minutes of the season in the Emirates FA Cup win over Rochdale at the start of the month and has played in the last two league games.

Having Niall back in the squad certainly put a smile on Ryan’s face.

He said, “It’s great to get him back – he had a great start to pre-season, so its great having him back and amongst us.

“Hopefully he can start competing with the other lads for a starting spot because he is a quality player.

“He’s had a good few minutes already and has played a big part when he has come on in the games.

“Hopefully he can get his goal and kick on from there.”