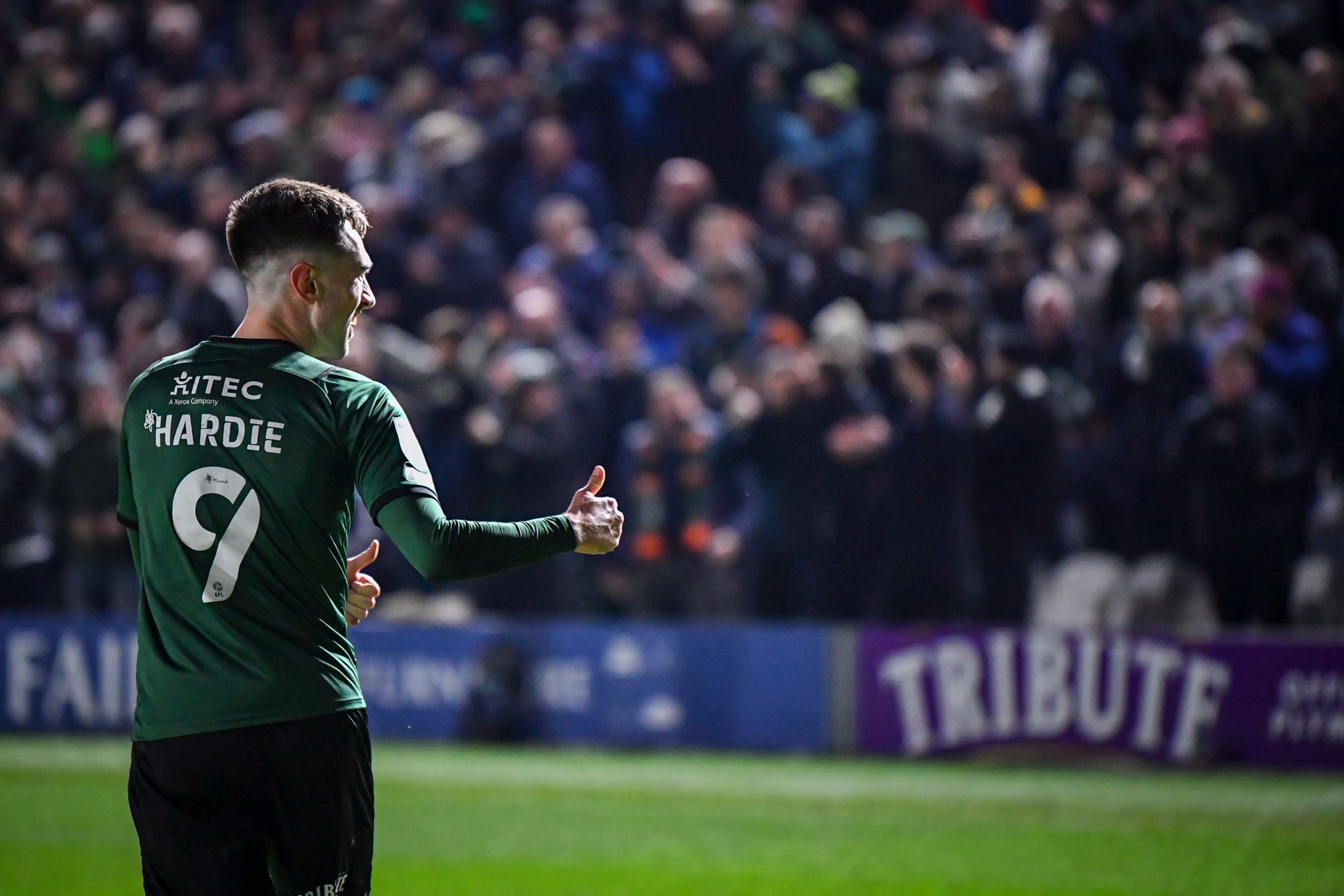 Hardie up for March Award

Argyle top scorer Ryan Hardie has been nominated for the PFA Vertu Motors Sky Bet League One Fans’ Player of the Month for March.

The striker scored four times in a month which saw the Greens win six of their seven matches and concede just one goal in that time.

With 19 goals to his name in all competitions, he kicked off March with a glancing header in a 2-0 win over Morecambe at Home Park.

He followed that up with the opener against AFC Wimbledon and then snatched a memorable winner against Portsmouth.

His final goal was the fourth in a 4-0 win over Accrington Stanley with all four of his goals coming at Home Park.

Ryan also helped set up Danny Mayor’s dipping volley against Cheltenham Town and was a starter in all seven matches.

You can vote for Ryan by clicking here, with the ballot closing at midnight on Sunday 10 March.