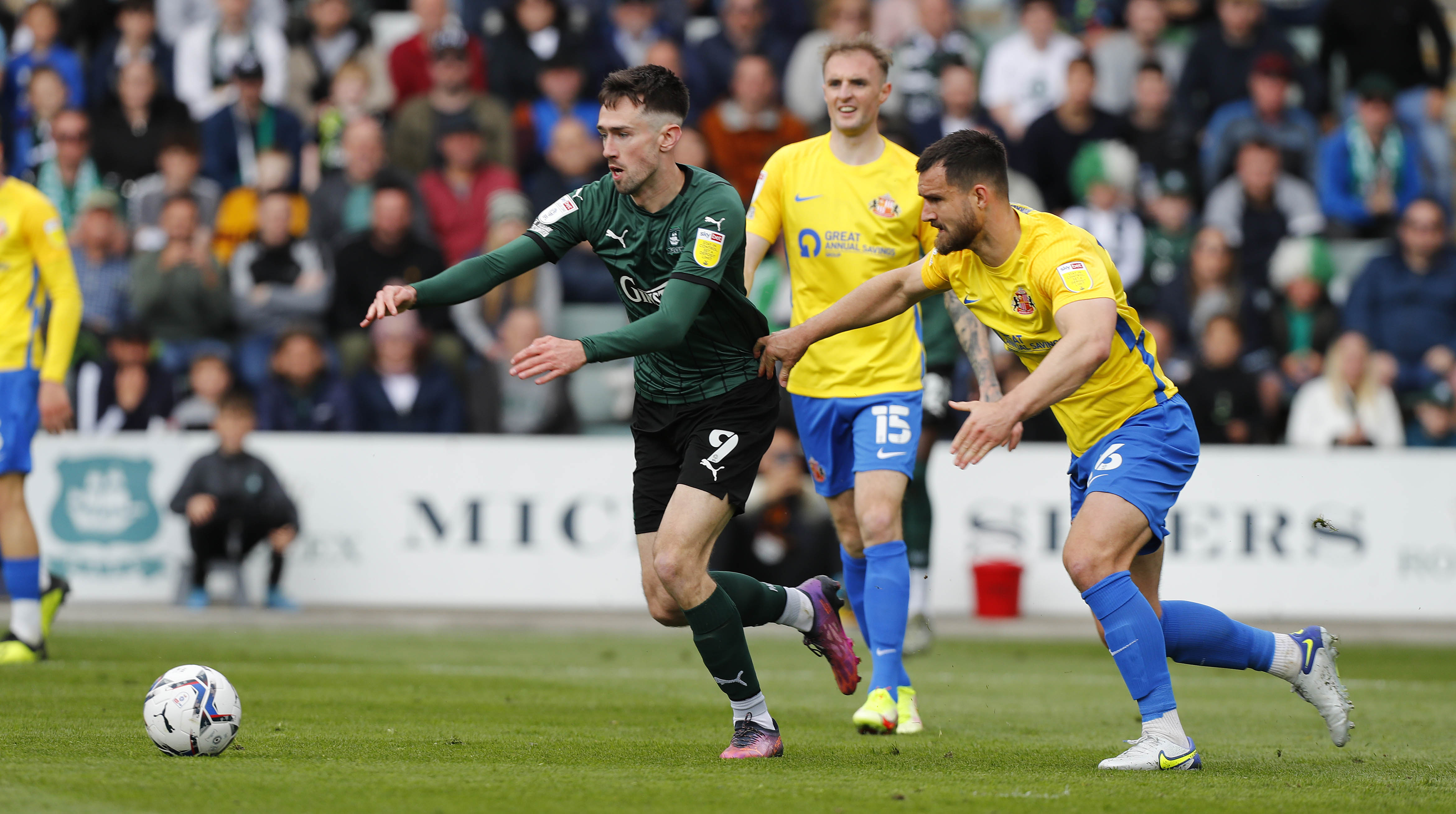 Hardie putting in the work

Late night gym sessions were the secret behind Argyle’s top scorer, Ryan Hardie, getting himself fit to start against Sunderland on Easter Monday.

The forward, who has 19 goals this season, missed the last three games having picked up a thigh injury against Ipswich Town at the end of March.

But, after three weeks away, he was back and almost immediately finding the scoresheet again.

“It’s been a long road and was great to get back out on the pitch,” he said.

“I had a header and Niall had a chance and we just have to be more clinical in those positions.

“I felt like we could have ended that first half in the lead, we have to be a bit more clinical.”

Time on the treatment table can be a tough place to be and especially for a person who thrives on playing and scoring goals.

However, Ryan didn’t let that get to him and he used his time to make sure he was ready when called upon.

He said, “I’ve been working hard and to be honest, I didn’t think I’d ever see the day when I’m in the gym at nine o’clock at night on a Saturday.

“I just want to be playing the games and helping the lads.

“I worked tirelessly when I was injured, and I did a lot of extra work and things I don’t normally do.

“I went into training for the first time yesterday so today was a bit tough but I’m happy to be back and am glad we’re still in the fight.

“It’s all about recovering now and trying to be at my best for Saturday.”

Despite coming close, Argyle couldn’t break down a Sunderland side just two points below them in the Sky Bet League One table.

However, the draws leaves the Greens on 79 points with two matches to play and Ryan is confident they can get the job done sooner rather than later.

He said, “Today is a point in the right direction.

“In the second half, Sunderland came out on top, but we didn’t crumble, it’s a point against a big club and a side around us.

“Every game is a massive game for us, and it’s been like that for most of the season.

“It’s now more than ever that we need to produce and get the wins and what better time to do that than against a side top of the table who are wanting to win the league.”

Argyle travel to the league leaders, Wigan Athletic, on Saturday hoping they can move that one step closer to securing a play-off place.