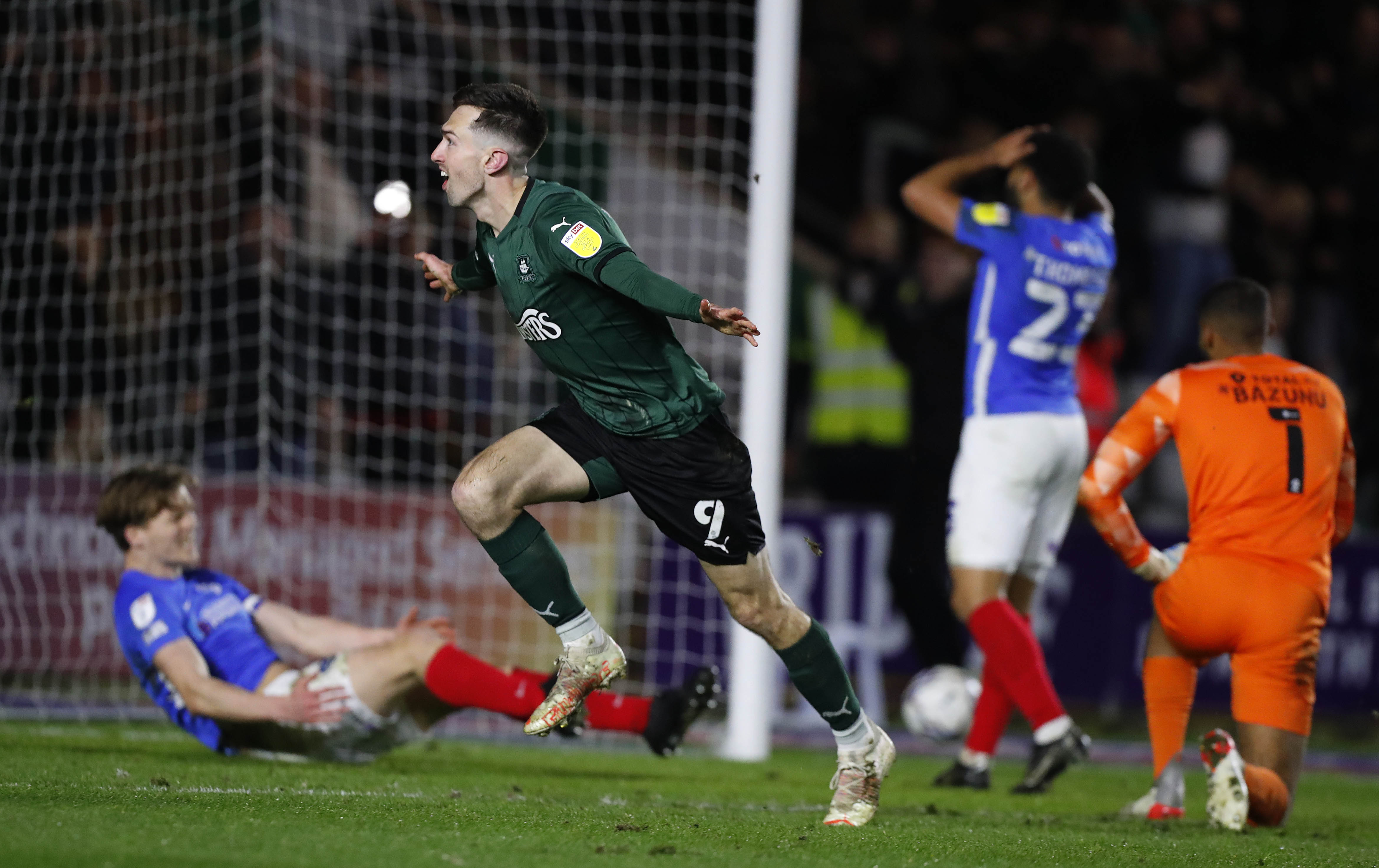 “It was such a special feeling,” Ryan Hardie described his emotions after grabbing the winning goal his goal against Portsmouth on Tuesday night, securing another three points for the Pilgrims in their play off push.

The 1-0 victory saw the Greens not only climb to a place to fifth in the Sky Bet League One table, but also extend their winning run to four.

“To get the win in that sort of game, what a feeling it was,” Ryan said, “especially in front of the Devonport End, it was one I’ll remember for sure.

“It was massive. You heard the crowd for the whole game, especially the second half, they dragged us through every tackle, every shot, they were on our side.

“Everything they did was really pushing us through the game, and when the goal went in, I was ready to run at the crowd, but I’d get booked.

“It’s just such a good feeling scoring goals and I’m glad to be doing that this year.

“It was a hard mental game, it was a lot in the mind, it was really tough, but we’ve done it.”

Tuesday’s strike was Ryan’s 18th goal of the season, but he was full of praise for his other teammates, including Panutche Camara, who assisted his goal.

Ryan said: “I was watching Panutche the whole time and didn’t see him look up to see me so for him to spot me, it was some magic.

“We’ve got that link up, he always looks for me. Then there’s only one thing on my mind: back across the goalkeeper.

“I was buzzing to see it go in. It was for the fans, it’s three points in the right direction, let’s keep moving. “

Ryan also praised the defensive efforts of the side, crediting them on their fourth successive clean sheet.

“We’ve had four clean sheets in a row, it’s unbelievable really, we only need to score one goal to win a game. We’re confident enough we’ll get a goal a game so if we can keep the back door shut then hopefully, we can keep going and keep ticking them off.