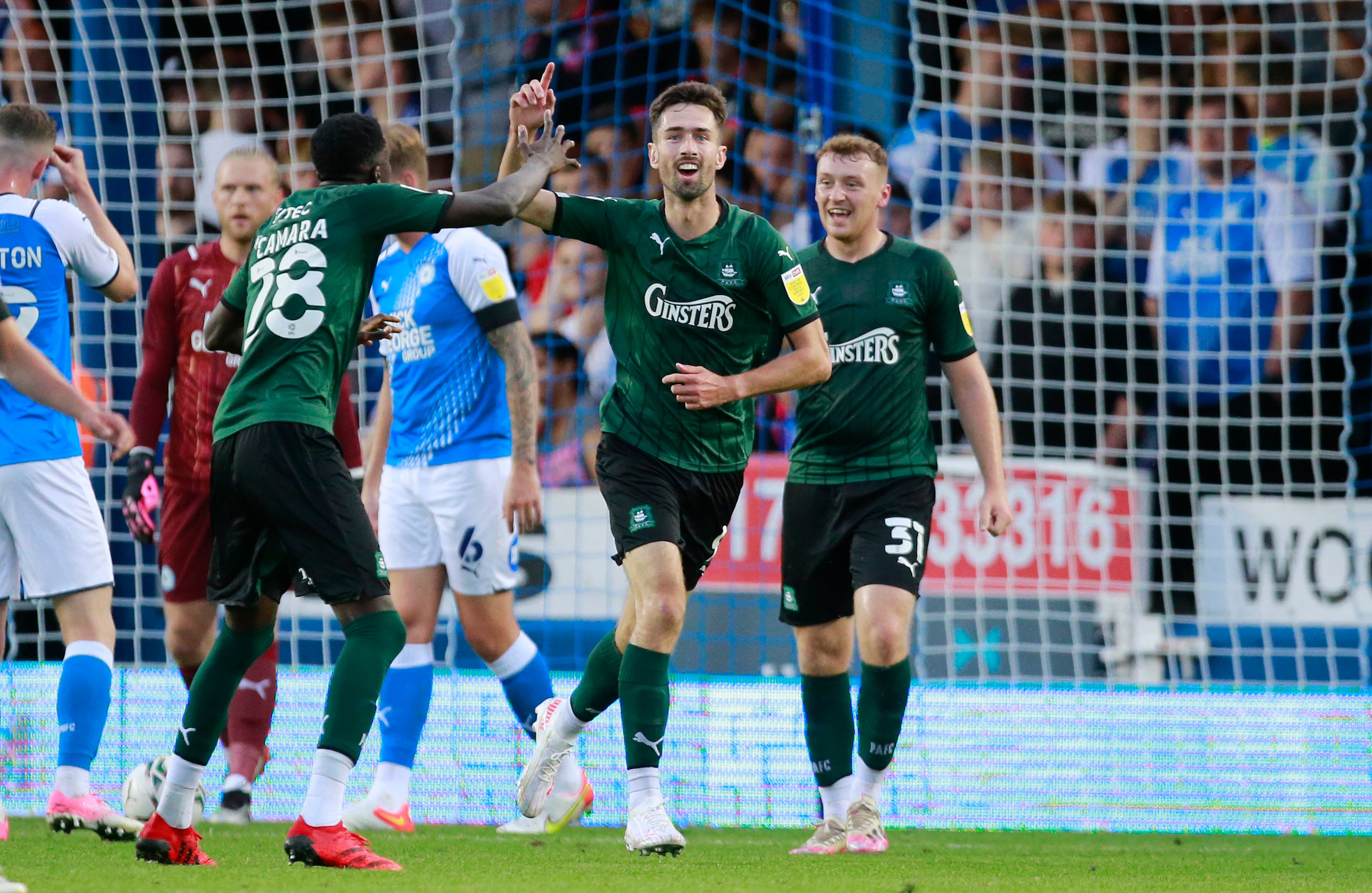 Ryan Hardie has dedicated is two goals against Peterborough United on Tuesday night to his stepfather Neil, who sadly passed away last week.

Ryan scored the opening two goals in Argyle’s 4-0 Carabao Cup first round victory over Posh to progress through to the second round for the fourth time in four seasons.

It was on the way to our opening Sky Bet League One game against Rotherham United on the weekend that Ryan found out the news his stepfather had died.

Ryan said, “I got the sad news when I was travelling to the Rotherham game. I know he would have been watching me tonight.”

It most certainly was a performance to be proud. Hardie scored two and was a constant menace to the back three of Peterborough all night.

He scored his first of the game midway through the first half, skinning his defender before driving a low shot past the keeper.

Fifteen minutes later he added his second, this time volleying home after a Jephcott lay off.

All night the Posh defenders were kept on their toes and put under pressure by Hardie who seemed a man on a mission.

He said, “We had a few chances early doors and to get into the game early gave me a bit of a confidence boost to go on and get the goals.

“The first one, I just made a run off the centre half and then went across goal. The gaffer always says when you get into those positions go hard and low across the goal and you never know what will happen.

“For the second one, I saw Jephers get up like a salmon at the back stick and luckily it fell to me in the middle of the box and I was never going to miss from there.”

Ryan is in his second full season as an Argyle player having scored 15 goals in his 66 appearances so far.

This season he is keen to make his mark and begin to stamp his authority in a Green shirt.

He scored four goals in pre-season including one against Swansea City at Home Park and is already up and running in the competitive games.

He said, “We have come to a Championship side, and I think we dominated the game.

“For most of the game we were on top and, we kept getting chances and scoring goals is massively important for our confidence.”