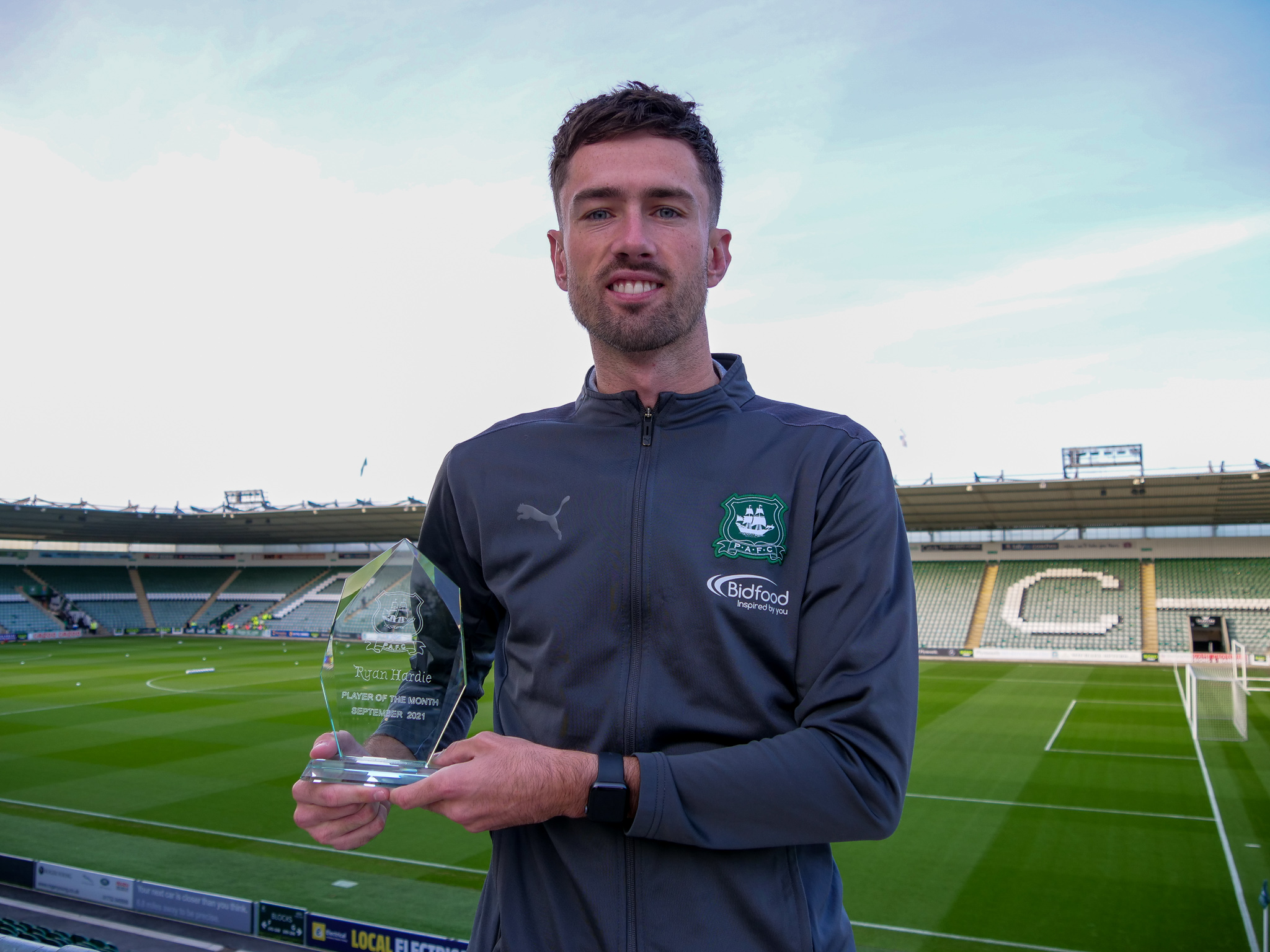 Hardie's on top for September

Ryan Hardie has been named the club’s Player of the Month award winner for September.

The striker scored four goals in five matches including a double at Fratton Park in a 2-2 draw with Portsmouth.

With ten goals in all competitions to his name, it has been a prolific start to the season and his partnership with Luke Jephcott have helped propel Argyle to the top of the Sky Bet League One table.

Of the four goals in September, three came away from home, including a winner in the Greens’ victory over AFC Wimbledon.

On winning the award Ryan said, “I am happy that I have been able to contribute to the squad and the month was great for us.

“Our form has been good so far and we are keen to continue doing well and winning matches and hopefully I am able to contribute with a few more goals.”