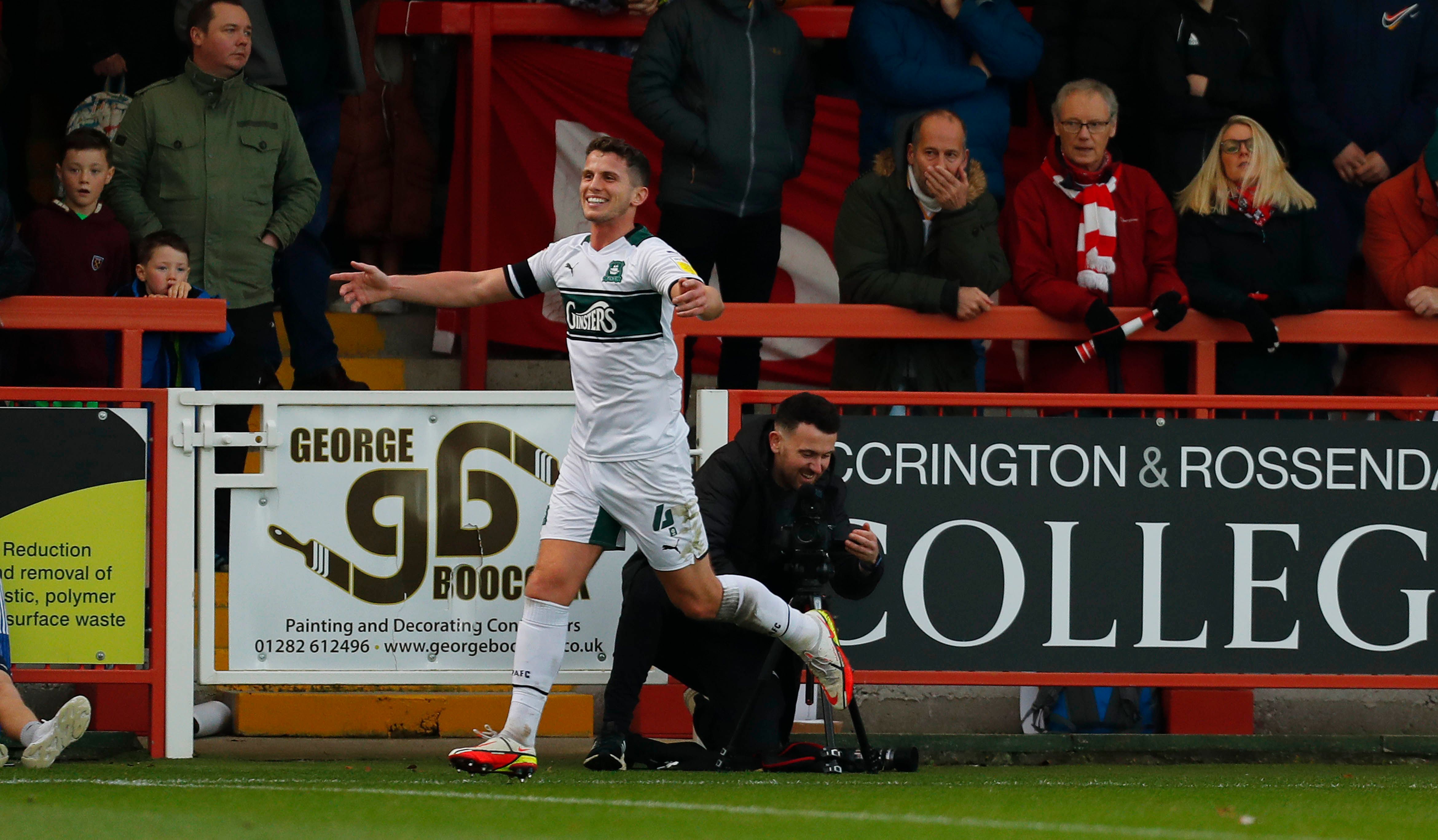 Fresh from scoring his first goal since returning to Home Park, Jordan Houghton is loving the atmosphere around the club as Argyle head to London to take on Charlton Athletic in Sky Bet League One on Saturday.

The former Chelsea youngster has been one of a number of players in the squad who have been consistently performing this season and has played a vital role at the base of the midfield.

He was relaxed talking to the press ahead of Saturday’s encounter, talking with the ease and grace in which he plays.

He said, “We’re winning games and playing in front of some incredible fans which is amazing.

“The positive energy that is around the club with the first team, the youth academy, is flowing through the city as a whole I feel.”

Like many who have spoken to the media this season, Jordan talked in glowing terms of the harmony and camaraderie amongst the players.

He feels that the atmosphere off the pitch is definitely helping them on it.

“In terms of the squad at the moment, I feel it’s a bit of a brotherhood.

“Everyone is buying into the same thing and that can only help when you go out onto the pitch.

“When the club is going well there is just a buzz around everything and hopefully, we can continue doing that and making people happy.”

Since arriving in the summer Jordan, who spent two months on loan at Argyle in 2016, has played all but one of the Greens’ league matches and is quickly gaining a reputation amongst the supporters as a fans’ favourite.

Following his 10-game spell on loan at Argyle, Jordan has spent time at Doncaster Rovers and Milton Keynes Dons, winning promotions at both clubs.

The 26-year-old feels that his game has massively improved since his first spell at the club and is confident there is even more to come.

He said, “Personally I feel I am a pretty consistent performer. I like to be running games and feel I need to keep doing that on a more consistent basis.

“It gets difficult when you are being the linchpin between the attack and defence because other teams will always try to stop that.

“Quite a lot of the times you’ll get the ball with a player right up your backside, so you have to know what you is around you be able to receive it well under pressure.

“When I was a young kid, I didn’t really use my body that well and going on loan I learned to use my body more and put it into positions where the attacker can’t get the ball.

“That is a big thing in my position, awareness, communication and organisation are all skills which I need to succeed – it’s like solving issues on the pitch.”

The Greens head into Saturday’s game top of the table and on an unbeaten league run of 16 games.

They take on a Charlton side who have improved under caretaker manager Jonnie Jackson and are on a four-match unbeaten run themselves.

On Charlton, Jordan said, “Before the season you would look at Charlton as one of teams who would be up for promotion.

“They’ve got some really top player and since the new manager has gone in, they have had a good turn of results, so it’s going to be a massive game.

“They are going to fill up their massive stadium, which is a credit to us and how well we’re doing and of course, were going to have another massive following which is incredible but to be honest is becoming the norm now.”