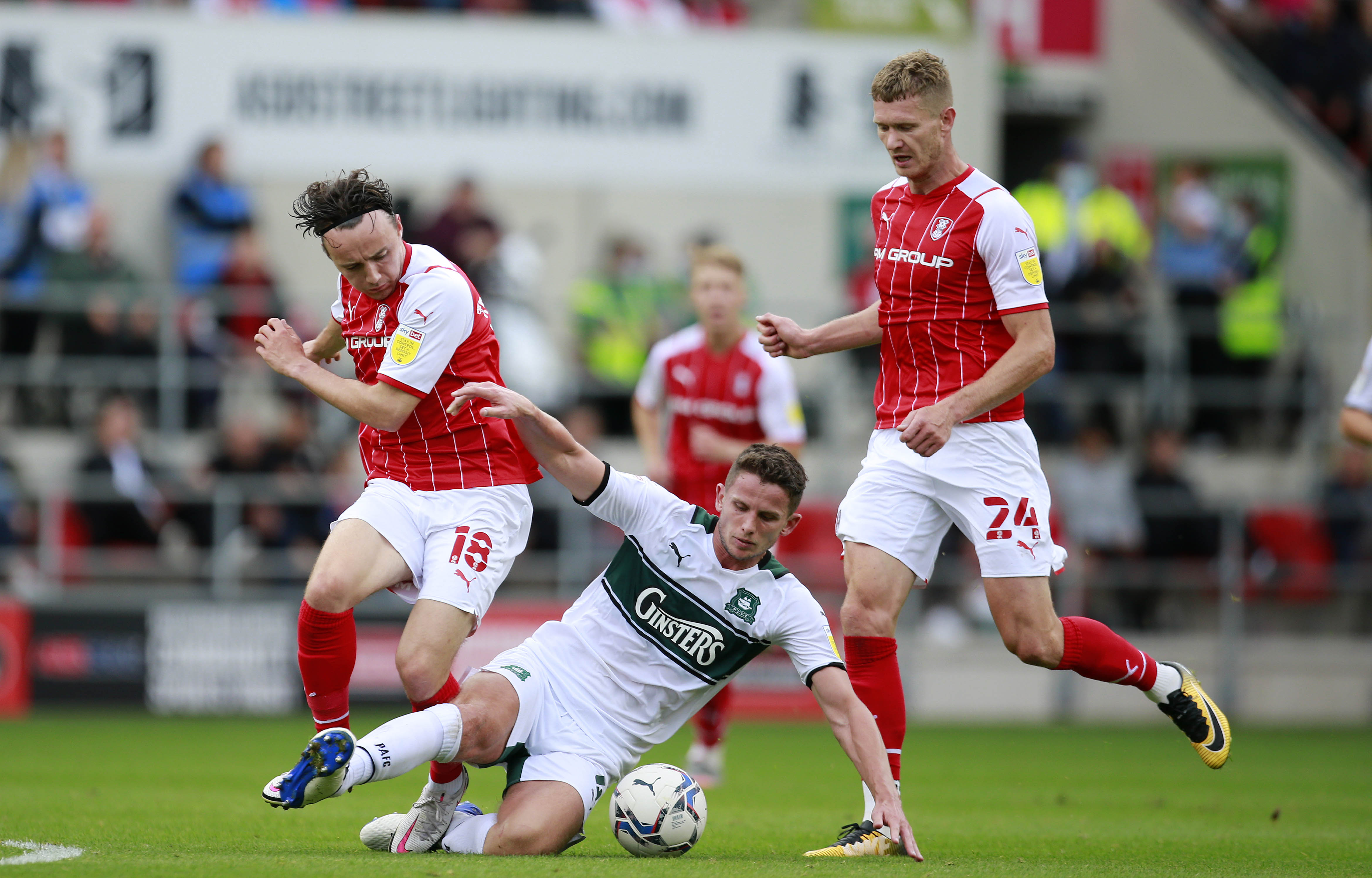 Argyle midfielder Jordan Houghton was frustrated with the outcome of Saturday afternoon’s defeat at Rotherham United, but believes the team have what it takes to put it right quickly.

Houghton made his second Pilgrim debut at the AESSEAL New York Stadium in the 2-0 Sky Bet League One season-opening defeat, putting in an impressive individual performance, and going close to scoring with two long-range drives.

On the result, he said: “I’m disappointed but there’s a long way to go.

“The first half was sloppy; we looked a bit nervous at times. It was disappointing but going 2-0 down to a good side, I think we played our way back into the game in the end of the first half and in the second half I thought there were some good bits to take.

“We can’t get too disheartened, we’ve just got to look at the things we’ve done wrong and just build on that.

“It was always going to be a tough game coming here with a team that’s come down [from the Championship] and play with a lot of energy. It’s always going to be an uphill battle from 1-0 let alone 2-0. That’s something we need to take into our games, that savviness, those fine details that decide games.

“I thought we got into good places around the edge of the box it’s just that final third, that cutting edge, again it comes down to that small detail for being a top side, so we’ve got a lot of things to work on, but I think going 2-0 down at this place it takes a lot of guts to play the way we did in the second half.”

Jordan played in front of the Green Army for the first time as a Pilgrim since his short loan spell at Argyle in 2016, and he expressed his delight in having their backing.

He said: “It was lovely to warm up in front of the fans; there were so many here cheering us. I’m sure they’re going to be doing that all the away trips because they are a fantastic set of fans, that’s one of the main reasons I came here, because I knew the fanbase was so good.

“There’s nothing like coming out to 1,200 fans in a warm-up let alone coming out in a game, so it’s really frustrating we couldn’t give them something to cheer about.

“We’re going to be working really hard to put things right. It’s a long season to go and I’m sure they’ll back us going forward.”