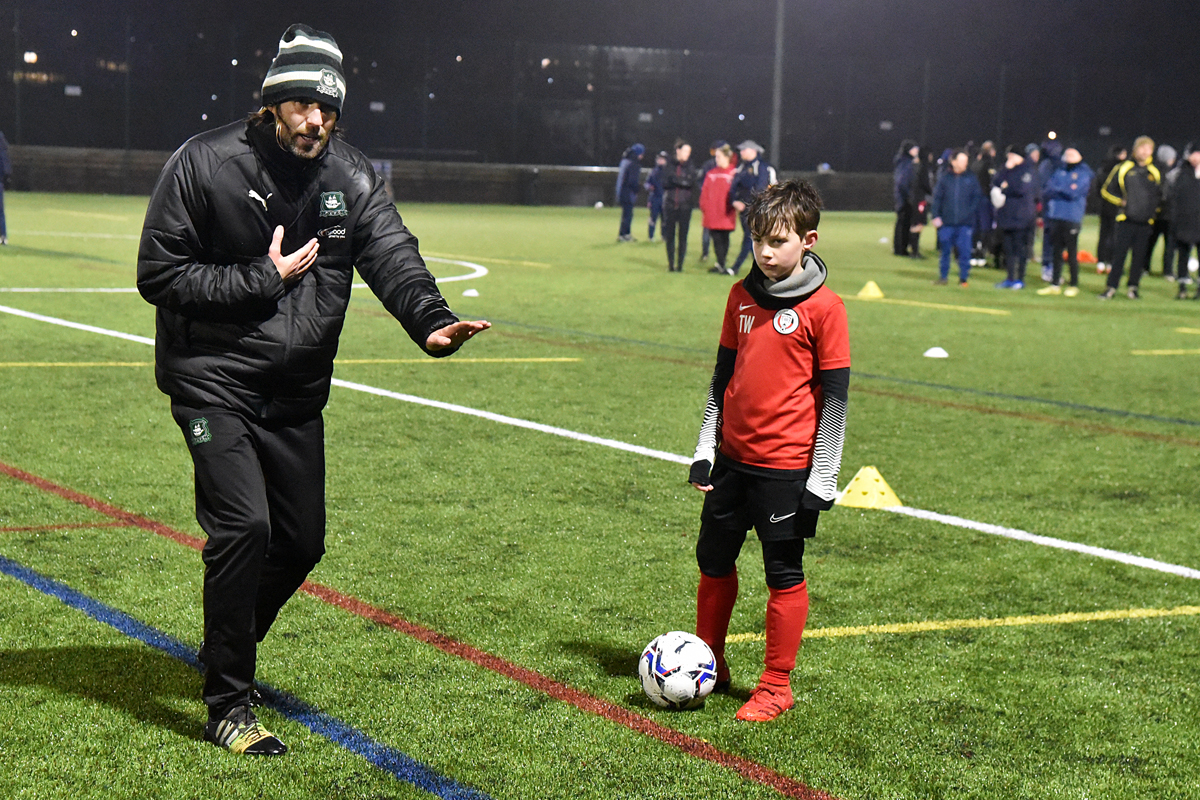 Known for its sun, sea and surf, the Cornish seaside town of Newquay also boasts an important connection with Argyle.

It is the birthplace and hometown of Jamie Lowry, a former Argyle player and now a key figure in our Academy set-up. A proud Cornishman, Jamie’s role as Professional Development Phase Coach sees him play an important part in bringing through the next generation of aspiring professionals from across the Tamar, who are all hoping to follow in his footsteps.

His remit may involve unearthing the Duchy’s next Luke Jephcott, who was plucked from the Cornish youth football scene by Argyle before his rise to first-team stardom, but Jamie’s own career took a rather different path.

Despite his south-westerly roots, it was a family connection to Chesterfield, some 300-plus miles from Newquay, that earned Jamie a trial at the Derbyshire outfit. The trial was a success and a youth scholarship followed, before signing his first professional contract at Saltergate in 2006.

But how come he didn’t get the chance to prove himself at a club a bit nearer to home?

“Probably a little bit of the location,” said Jamie, who was speaking at last week’s launch of Argyle’s new Elite Coaching Hub in Penryn. “Obviously, you’ve only got Argyle down here that are really close, and it’s difficult. I did have trials at the Centre of Excellence but that obviously didn’t work out and some people don’t see things in different players. Maybe there wasn’t as much opportunity as there is now.

“Hopefully these centres [Argyle’s Elite Coaching Hubs] will stop that from happening, fingers crossed, but I think it was down to a little bit of both, with the opportunities and the timing. Maybe the club weren’t there, compared to now, in terms of recruitment in Cornwall.”

Jamie was hands on during the session at Penryn College, which offers access to Argyle coaching and development in the west of Cornwall, while Callywith College in Bodmin, which was launched in September 2021, provides the same service for the east of the county.

Although it is just one pillar of Argyle’s renewed commitment to Cornish football, which also includes supporting the development of grass-roots coaches, a big reason for having the new Hubs is to ensure no more ‘Jamie Lowrys’ are missed by Argyle.

“That’s exactly what these centres are made for, so nobody slips through the net,” Jamie said. “There will be opportunities for all the lads in Cornwall, so down in west Cornwall [at the Penryn Hub] and in Bodmin and around the whole of Cornwall. That’s exactly what these are for, to hopefully develop players, even if they don’t progress and make it, but at least they may produce a better standard of local players around.”

After six years and more than a century of appearances at Chesterfield, Jamie, a versatile midfielder in his day, was released at the end of the 2011/12 season by then Spireites manager John Sheridan, who would go on to join Jamie at Home Park the following season.

Facing a first summer away from the game since turning professional, a family holiday in Barbados was interrupted by Argyle first-team coach Kevin Nancekivell, who offered the Newquay man the chance he’d always dreamed of.

“I had a phone call from Kevin Nancekivell when I was just landing in Barbados,” he said. “I had a message from Kevin saying, ‘I see you’ve been let go from Chesterfield and things haven’t worked out, how do you feel about coming home and back to Plymouth?’

“Obviously I was really excited to have got the phone call, I always wanted to come back home at some point to play for a massive club like Argyle and be back down in the area near friends and family was perfect. It’s just a shame it didn’t work out how I would have liked it to.”

Jamie’s time at Argyle was unfortunately hampered by injury, with an ankle problem in pre-season delaying his debut until October 23, when he came on as an 89th-minute substitute for Luke Young in Argyle’s 2-1 defeat at Cheltenham Town.

He earned his first start for the club in the next game, a 1-0 loss at Rotherham United, before making his Home Park bow in the next league match. A Paris Cowan-Hall strike was not enough that day as Argyle suffered a 2-1 reverse at home to Burton Albion, but the experience of walking out at the Theatre of Greens is something Jamie will always savour regardless.

Jamie made six further appearances that season, with what turned out to be his final game in an Argyle shirt coming in a 2-1 victory at home to Morecambe in January 2013, playing 77 minutes in what was Sheridan’s first game in charge.

He was released from his contract at the end of the season and swiftly called time on his professional career due to his long-standing knee injury. He stayed close to home, however, playing for Tiverton Town, Truro City and hometown club Godolphin Atlantic before a chance to get into coaching came calling.

“Chris Morris, who at the time was the head of Bodmin College’s football academy, got me in there part-time to help out,” Jamie said. “He had lots of numbers as the programme was going really well.

“I came in to help him and got the thirst for it, and he then moved on to an FA educator role in Cornwall, which gave me the kick up the backside to come and do my badges and things like that, and then I took over his role at the academy.

“That really got my juices flowing for coaching and I really enjoyed it. I think it was probably the best grounding I could have had in terms of going in with that age group. I was in the post-16 age group so it was quite relevant and a group I like to work with in terms of the age and relationship you can have with the lads.”

After leaving Bodmin College, another call from Nancekivell gave Jamie the chance to return to Argyle in a coaching capacity, with the Newquay man joining the Academy as under-12s coach.

He later transitioned to development phase co-ordinator, while his current role as professional phase lead for under-16s to under-23s sees him assist under-18s manager Darren Way during the day and on match days, while also coaching the under-14s in the evenings.

A large part of Jamie’s role sees him in charge of helping to bring the next generation of Cornish youngsters through and give them the chance of breaking into the professional game at Argyle that he didn’t get.

“Being a Cornish lad, the Cornish lads are really important to me and I have that sense of emotion towards them,” he said. “The more opportunities we can get for them and the club in general is really important, but obviously with this being home it does hit home a little bit more than it would at any other club, because of the relationship we’ve had with the community, with my past and working with the local players as well.”

Jamie is as aware as anyone that there is a lot of potential to be tapped into in Cornwall, whether for youngsters hoping to break into professional football or coaches hoping to progress on their own career path, and he is proud to be one of those tapping into it.

“That’s hopefully what these centres [the Elite Coaching Hubs] are for and there are lots of good coaches working around the county, not just here [Penryn], and it’s great to give them a little taster and show them what we can support with,” he said.

“It’s always interesting to have good conversations with them and show there is a pathway in for coaches, a pathway to being in the professional game or the academy game. It’s really important and something close to my heart to come back and support the local area as well.”