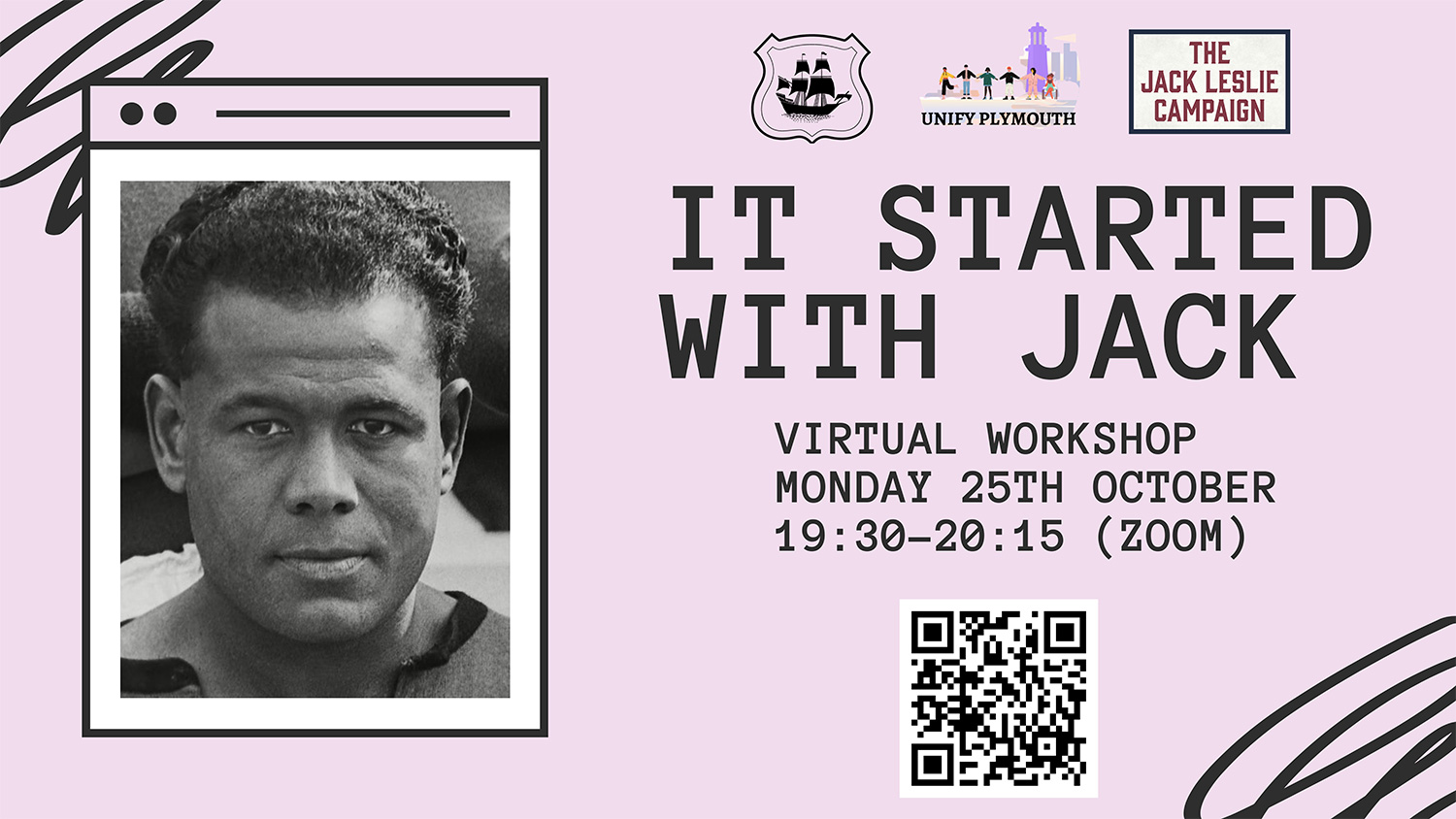 It Started With Jack

As part of the activities marking Black History Month, The Argyle Community Trust is delighted to be hosting a session dedicated to the story of former Argyle inside left Jack Leslie.

'It Started with Jack' is a virtual workshop that tells the story of how Jack, the only black professional player in England during his time with the Pilgrims, was denied the chance to represent his country, seemingly due to the colour of his skin.

Leslie scored 137 goals in 400 appearances during his 14-season spell with Argyle following his move from Barking Town. Leslie forged a formidable partnership with outside left Sammy Black. In 1925 Leslie should have been the first black player to be selected for England, but when the selectors discovered his heritage, his name vanished from the team sheet.

Argyle Community Trust Community Engagement Manager, and workshop creator, Dan Hart said, “The Jack Leslie story is so relevant in modern-day Plymouth and one of which many are unaware. It highlights the struggles historically faced by black footballers as the fight against racial injustice in football and wider society continues. The workshop also gives Plymouth people more knowledge about the diverseness of our communities”.

Argyle Community Trust Operations Manager and Equality, Diversity and Inclusion (EDI) Lead Jason Chapman adds, “We have a dedicated EDI team at the Trust. We pride ourselves on being inclusive, educating on diversity and inclusion, and continuing the fight against all forms of racism and inequality. We are honoured to be sharing Jack’s story.”

The session is led and designed by Argyle Community Trust as part of the #UnifyPlymouth programme. The programme is supported by the Jack Leslie Campaign, a campaign set up to raise funds to build a statue of Jack Leslie at Home Park, to promote his story, celebrate diversity and combat racism.

It Started with Jack will be hosted by the Trust via Zoom on Monday 25 October at 7.30pm. Everyone is invited to sign up by clicking here.

You can learn more about The Jack Leslie Campaign, and how you can support it, visit the campaign website.