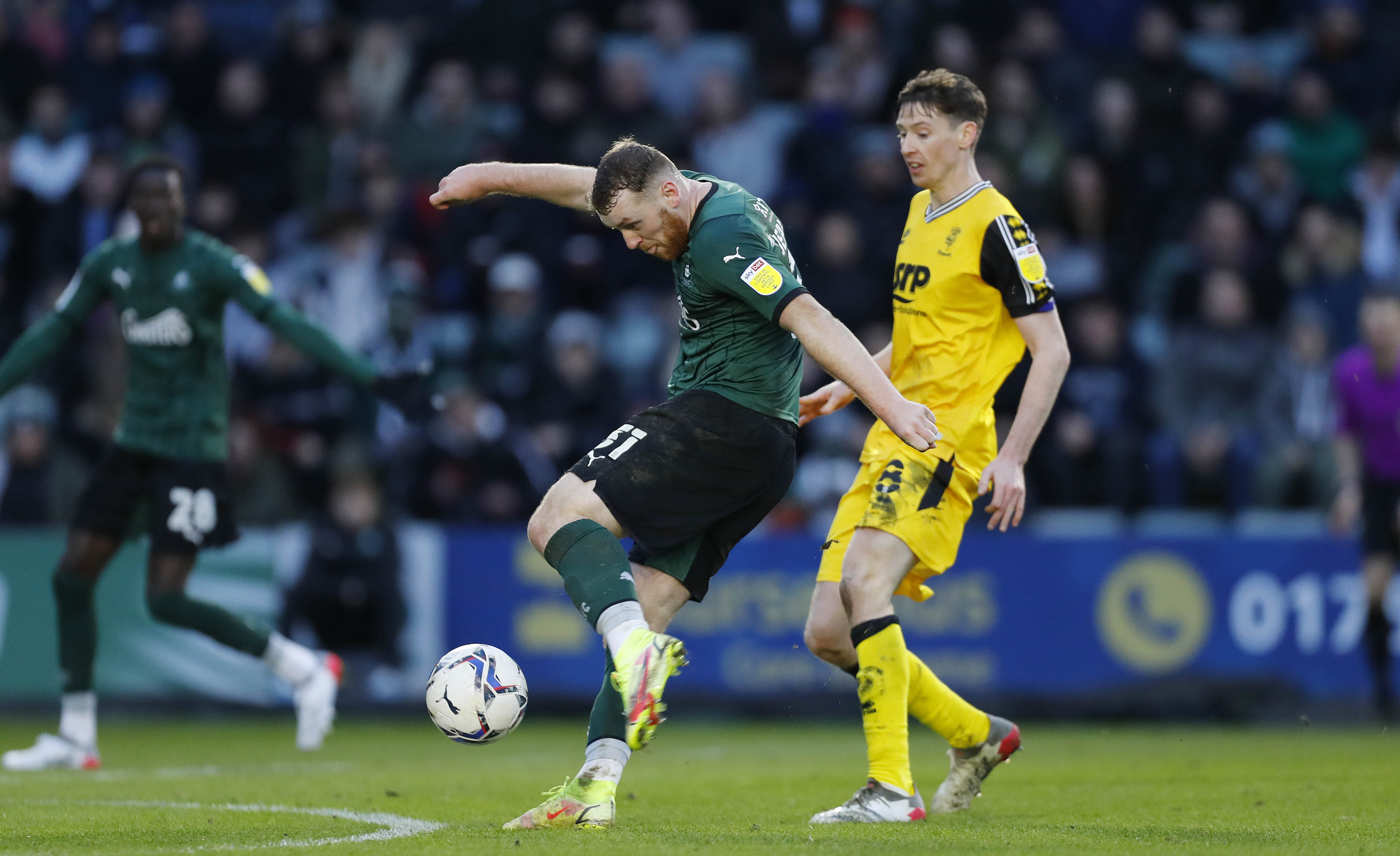 Despite Luke putting the Greens ahead in the 34th minute, Argyle were unable to convert any chances to bag all three points.

“Then in the second half there was a little period where we had to sit in and dig deep and conceding a goal wasn’t ideal.

“To lose like that, to concede last minute, we know that we’ve got to raise our standards, we’ve got to come away from this game with a point.

Everyone in the changing room is gutted that we’ve conceded, and we know that we need to do better.

“I think I had a couple of shots that I could’ve done better with personally in the first half to make the game a bit easier for us, but I think it’s just a tough one to take.

“We’ve got to get back to doing the basics, picking up points, because we know we’re good enough to, but I think the important thing now is to recover right and then we go to Fleetwood on Tuesday and the main thing is we get points there to get us back on a little run.

On a more personal note, for Luke, his came from a promising partnership between him and Niall Ennis, and he admitted it’s something they’ve been working on that has paid off.

Luke said: “From the back we built it up well.

“Niall made a run, bit of a skill in the corner, and then it was a great ball from him to be fair and I think I came on to it at the right time and it went in, it went through like four people.

“We’ve been working on it in training, me and Niall and all the strikers have all got a good bond and we all know how to play with each other, and I think it showed today.”