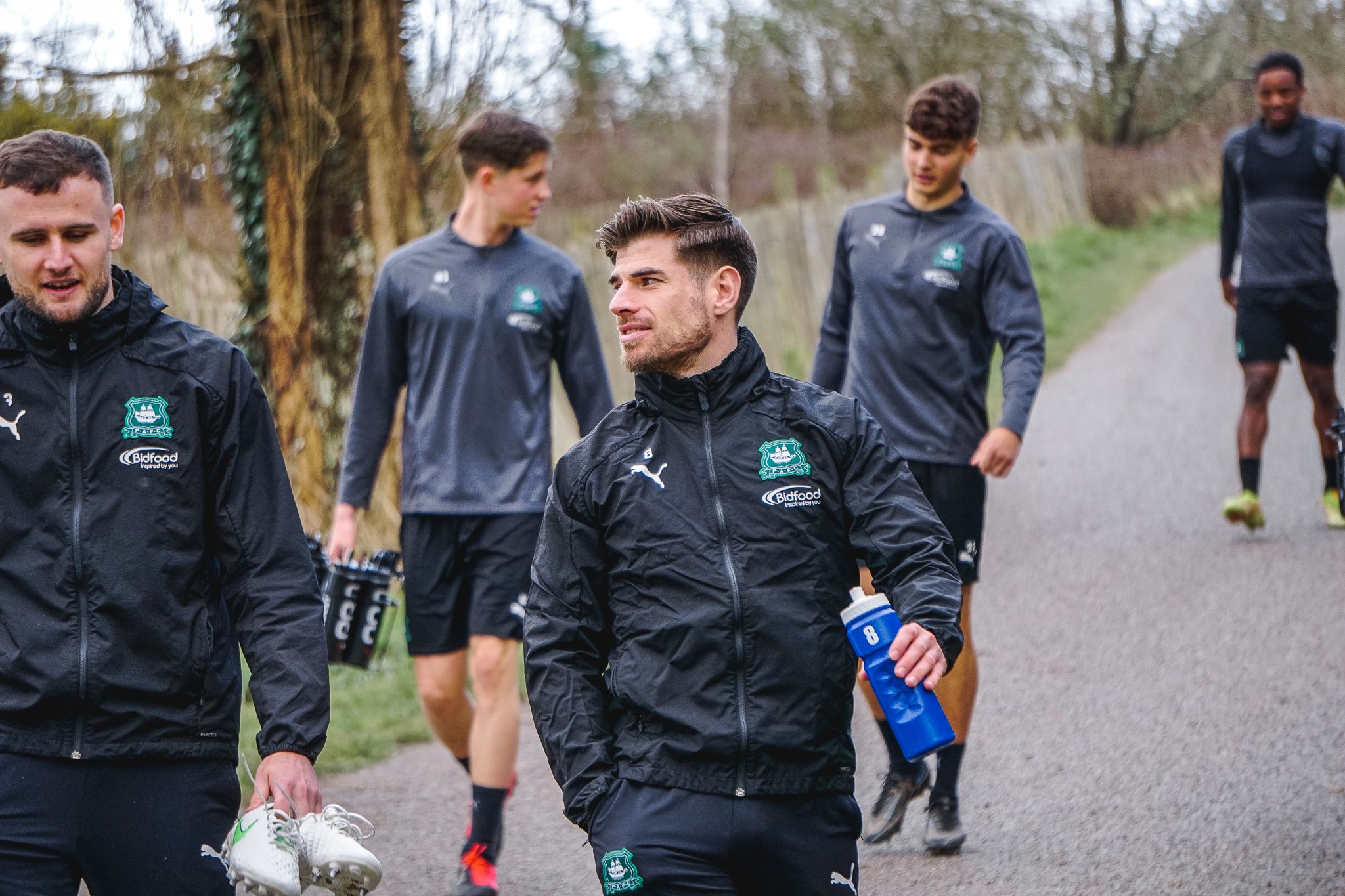 Joe excited for run in

Argyle captain Joe Edwards is dreaming big as Argyle enter the final stage of the season, starting with a trip to Ipswich Town on Saturday.

With 74 points on the board, the Greens are looking good for a play off spot but the automatic places are also in sight.

The Pilgrims have had a successful March, winning their last six games without conceding, leaving them just five points adrift of second placed Wigan Athletic.

With just seven games left to play, there is so much still to play for, something that is exciting Joe.

Speaking ahead of the game he said, “This is the fun end of the season rather than the business end.

“To go into it, six wins out of six and not concede a goal is next level.

“We knew March was going to be a massive month and we knew we had to do well to give ourselves the best opportunity.

“I’ve loved every minute of it.”

Joe, who will make his 112th league appearance for the Greens on the weekend, has been reflecting on his time as skipper, “I love it.

“The boys are fantastic, and I love working with them.

“It’s a special place to be when you’re doing well. Even if you aren’t doing well, the fans are still backing you.”

It has been a tough time for Argyle fans over the past decade. The club has faced administration and relegations, but now, the Greens are bathing in the light at the end of the tunnel.

Joe added, “They deserve it.

“Ever since I’ve come down here and played, it’s always been a great place and you don’t realise it until you join the club and to get the opportunity to be captain is a dream come true.

“There’s still a long way to go and still stuff I want to achieve and if I can do that being captain, that’s even better for me.”

Now for Joe, the reality of a season in the Sky Bet Championship with Argyle has never been closer, “I’d be lying if I said I haven’t dreamt of lifting a trophy and doing it as part of this club.

“But the bigger picture is there, we’ve got to focus on the smaller bits otherwise we’ll never get there.

“It’s a great time to be excited but we know there’s a lot of hard work to do first and we’ve got to concentrate on that and make sure we get to where we want to be.”

This weekend, ninth place Ipswich host Argyle at the Portman Road. A win for the home side would keep up pressure on the play off places as they look to make a late charge, currently sitting six points adrift of sixth placed Sunderland.

“They’re a massive club with some great players and it’s a fantastic stadium, so it’s another great occasion to be a part of”, Joe said, evaluating this weekend’s opponents

“We’ve got to know our jobs and responsibilities and make sure we carry on with what we’re doing and not coming away from the basics of what has got us to where we are now.

“We know it’s going to be tough, but they’re in for a tough game as well.”