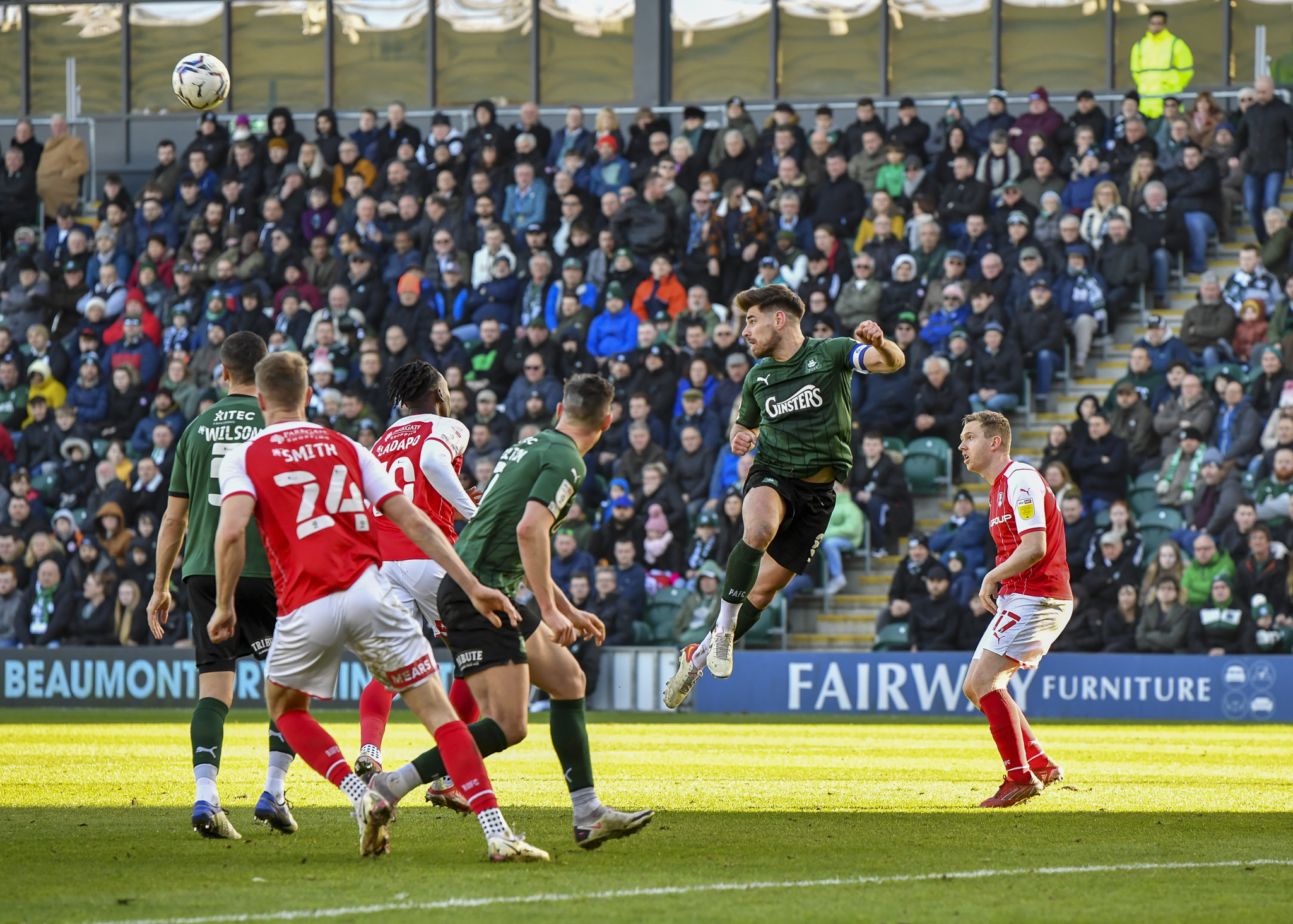 Argyle’s captain Joe Edwards reflected on their narrow defeat to Rotherham United on Saturday, but admits the defeat was not one to be fully disappointed about.

League leaders Rotherham went ahead on the 63rd minute despite numerous attempts on goal by the Pilgrims, and the solitary goal was enough to see the Millers victorious, but that does not shadow the good display Argyle put on.

“On another day, I think we’d win the game,” Joe said, “we had a lot of chances, probably more and better chances than they did, but they’ve taken theirs and we didn’t at the end of the day.

“It’s what they are good at, it’s what they’re known for. We can see why they’re top of the league but overall, I think we deserved more from the game.”

Argyle showed good spells of play throughout the match, so Joe isn’t feeling downhearted about the defeat, and since the meeting with Rotherham on the opening day of the season, away from home, he can see the real development and improvement of our team performances.

He said: “We can hold our heads high, there’s plenty of positives to take from it, it’s disappointing because, having that many chances you at least expect to take one of them, and maybe on a different day we do.

“Rotherham are top of the league for a reason, and on the basis that they do keep a lot of clean sheets and block everything, they’re a strong, physical team so credit to them in terms of that.

“We’ve worked hard this season to get to where we are today.

“The first game of the season was an eye opener really, we were levels apart, but I think we were on an even playing field, two good teams.

“We came in at half time and reiterated that we’ve taken them all the way in the first half, had chances and if we do that second half we’ll go on and win the game, but unfortunately that didn’t happen.

“Looking at the bigger picture, we’ve got some big games coming up now and we can use the confidence in the performance we had today and that’ll be good for us.”

Argyle now have a run of six games in three weeks, five of which are at Home Park, which will be a relief for the squad with the amount of travelling they’ve done across the season so far.

“We’ve had miles and miles of travelling as always, even more so since Christmas, so it’s nice to have a good period of games at home” Joe said.

“There are some good games for us, hopefully games we can take advantage of and keep us in a good position and maybe push us a bit higher up so it’s all to play for.

“It’s exciting, it’s a great time of the year and if we play like we did today and I’m sure we’ll get some good results.”