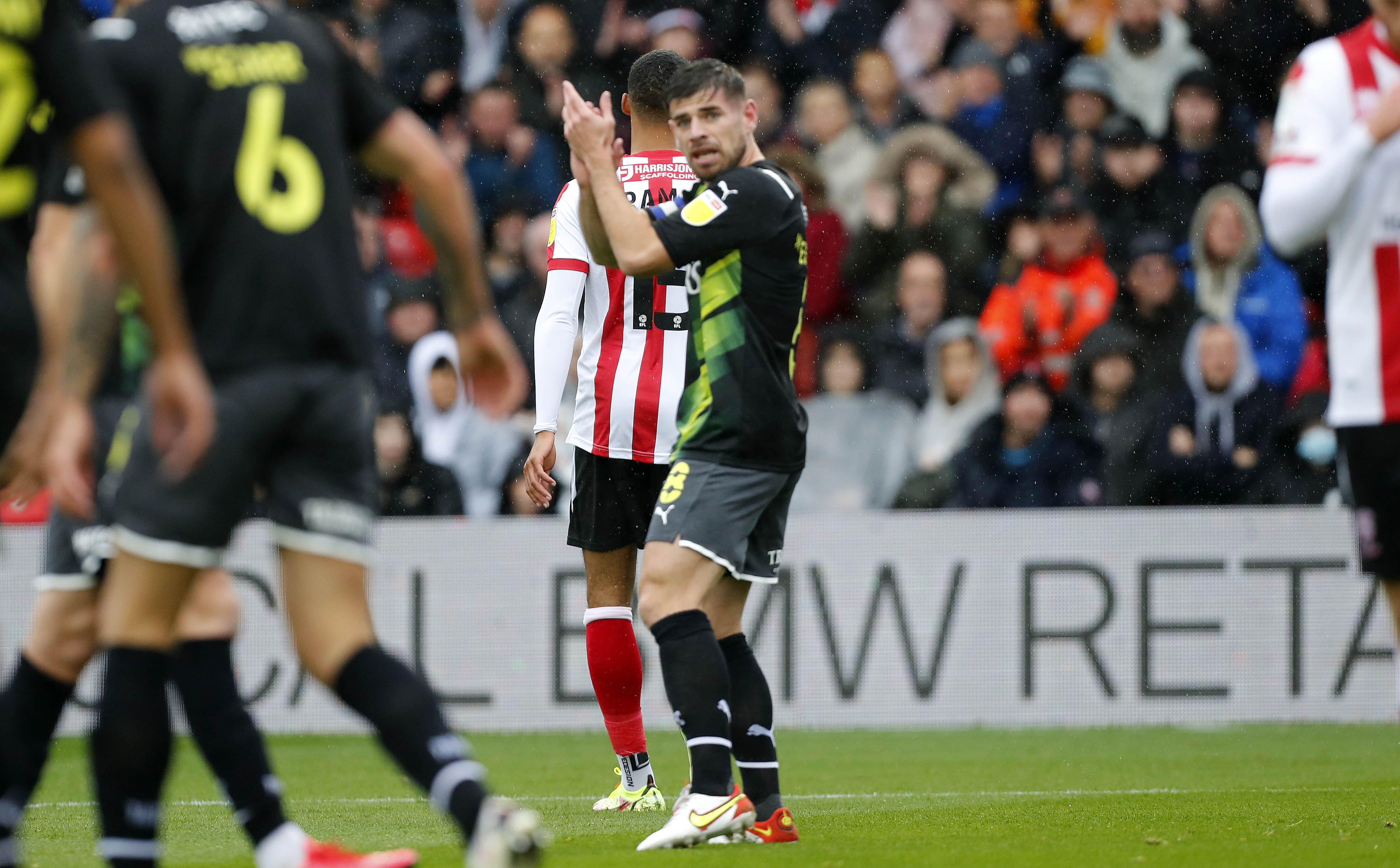 Argyle captain Joe Edwards believes that, despite narrowly missing out on wins, the squad are finding the positives to keep improving and picking up results.

The Greens were subject to a last-minute penalty which saw the points shared between themselves and Lincoln City at the LNER Stadium on Saturday.

Joe said: “It was disappointing, we were so close to getting another great away result. The boys did brilliant and created plenty of chances to win the game.

“We’re a whole new team from last year. This year we are going to games with confidence, we’re doing really well, deservedly winning games and we should’ve won today.

“For us, we’ve got to take the positives and realise that we are doing well. We are creating enough chances to win these games, it’s just that final little detail sometimes that we are just short on.

“There are so many positives to take and if we can turn a few of those draws into wins we’ll be flying.”

On a more personal note, Saturday’s game marked a milestone in Joe’s career, having racked up 100 appearances in an Argyle shirt.

He said: “It’s definitely a proud moment for myself and my family to play that many games for this club.

Joe has admitted that the team are definitely heading in the right direction, and he has been enjoying playing with a side that are putting into practice what they’re constantly learning off the pitch.

He said: “I’ve had a lot of fun playing in this team, and the way the manager and the system he wants to play is fantastic. =

“You’ve got to believe in what you’re doing and trust the process and trust what we do on the training field for it to come off.

“Patterns of play are coming through, and chances, to be fair to Ryan [Hardie] he’s put a lot away so we can’t be too hard on him for missing a couple, he’s been fantastic, and long may it continue.”

Joe was also full of praise to the Green Army who, again, travelled in numbers to get behind the Greens.

Over 730 supporters took the 590-mile round trip to Lincoln on Saturday, and Joe said their presence is the push that the team needs.

Joe said: “When we come away to these places that took us hours, so God knows how long it took them, that’s when you realise how special this club is and the following, they have is fantastic.

“I hope they can see that we’re trying our best to give them something back on these away trips. Their support and the noise they make throughout the games makes our job a lot easier so we can only thank them for that.”