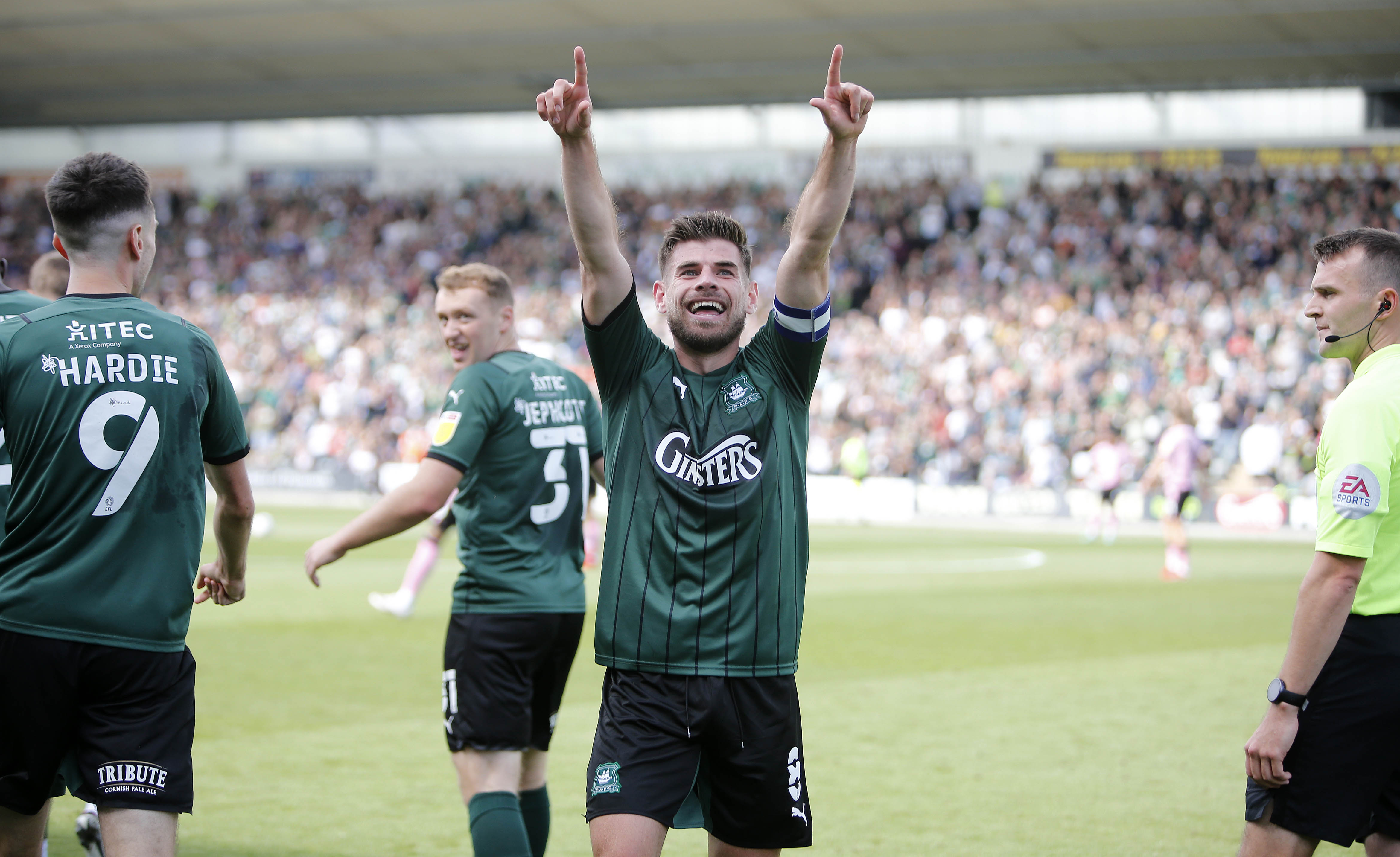 Argyle captain Joe Edwards is on the goal trail again after grabbing his first of the season in a 3-0 win over Sheffield Wednesday on Saturday.

The right wing back netted nine goals last season and grabbed the opener as the Pilgrims brushed past Wednesday to claim their third win of the 2021/22 Sky Bet League One season.

Joe’s acrobatic bicycle kick was the least that Argyle deserved after a fast start in front of almost 14000 fans.

He hooked the ball over his shoulder and over the top of Bailey Peacock-Farrell to send those supporters wild.

Joe said, “I’ve never scored one like that before, it was amazing.

“The atmosphere at the start was electric, I thought we replicated that in the way we started, the intensity we started with was fantastic.”

Whether it was the atmosphere or the fact that Joe had scored his first bicycle kick, but his he was exuberant in his celebrations.

He sprinted off to the Mayflower Stand and slid across the turf and onto the Astro off lay.

He said, “It’s just emotions that come out and you don’t really know what you're doing half of the time.

“I think we spoke about it last year when we had that last minute winner against Lincoln and we said that if there was a crowd that day the roof would have come off.

“When you score a goal like that in a game like this with the crowd that was in, I felt like the roof did come off.”

He wasn’t the only defender to get on the scoresheet, both Dan Scarr and Ryan Law also found the net.

An Joe was particularly please for Law, who grabbed his first senior goal for the club.

He said, “ He’s a great lad, he works his socks off and he never lets us down when he’s come on. The lads are buzzing for him, he deserves it and I’m sure he’ll enjoy tonight.”