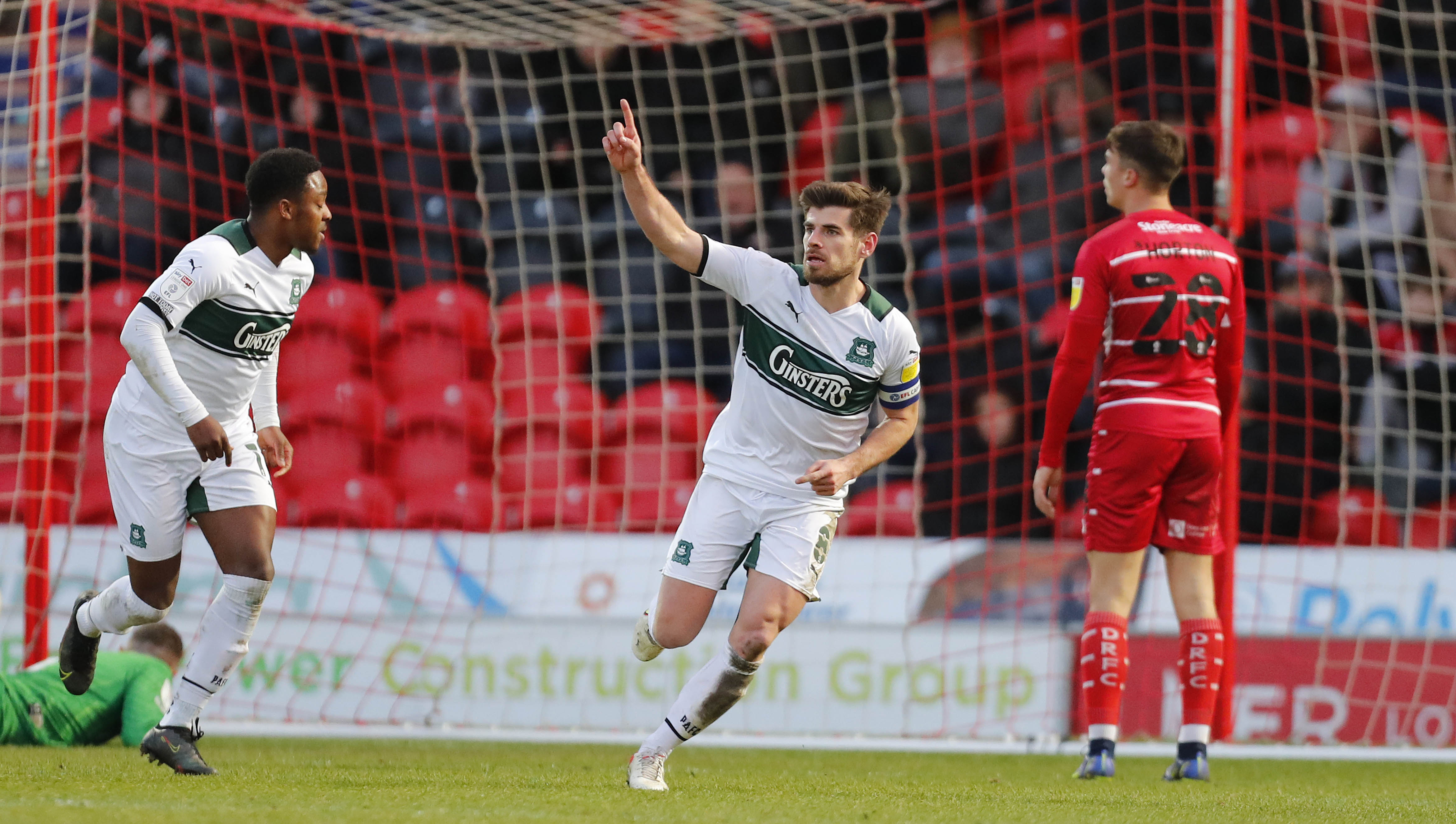 Joe's back amongst the goals

Club captain Joe Edwards appears to have his goal scoring touch back after grabbing his second in two games as Argyle beat Doncaster Rovers 3-1 at the Eco Power Stadium.

He netted the second of the afternoon as the Greens came from behind to win their first Sky Bet League One game of 2022.

Like on Tuesday night against Fleetwood Town, the five foot eight inch wing back scored with a header - this time from a Macaulay Gillesphey cross.

Speaking after the game, Joe said, “The two crosses have been good for a start, so it gives me a good chance.

“I like to arrive onto the ball when the defenders are standing still and so I always fancy myself to time it better than they do.

“I had a slightly different role at the start of the season, where I wasn’t in the box as much, but I always want to add goals to my game.

“I enjoyed doing it last year and I have two in two now which gives me confidence.”

As well as getting back amongst the goals, Joe was also visibly pleased that the Argyle defence managed to hold out to secure a valuable three points.

Despite Doncaster getting into a number of promising positions, the Greens saw out the game with relative ease.

Joe said, “We’ve had a tough week in terms of late goals and not holding on to what we’ve had - it’s been frustrating.

“So to come here and get three goals again and hold on is brilliant.

“It’s a little bit frustrating because looking back, it could have been even better this week but to get the win today is brilliant.

“When you are going through a spell like we are when you are conceding too many chances sometimes you just need to grind out a result.”

Saturday’s win was the second successive game that the Pilgrims have scored three goals and threat going forward is another reason to be positive.

Both Luke Jephcott and Jordon Garrick were on the scoresheet against Doncaster and Joe feels that there is confidence amongst the squad that the goals will continue to flow.

He said, “We always fancied that we would score, and we stuck to it today to get the vital three points.

“When you have someone like Luke Jephcott, whose goalscoring record is phenomenal, you will have a chance.”