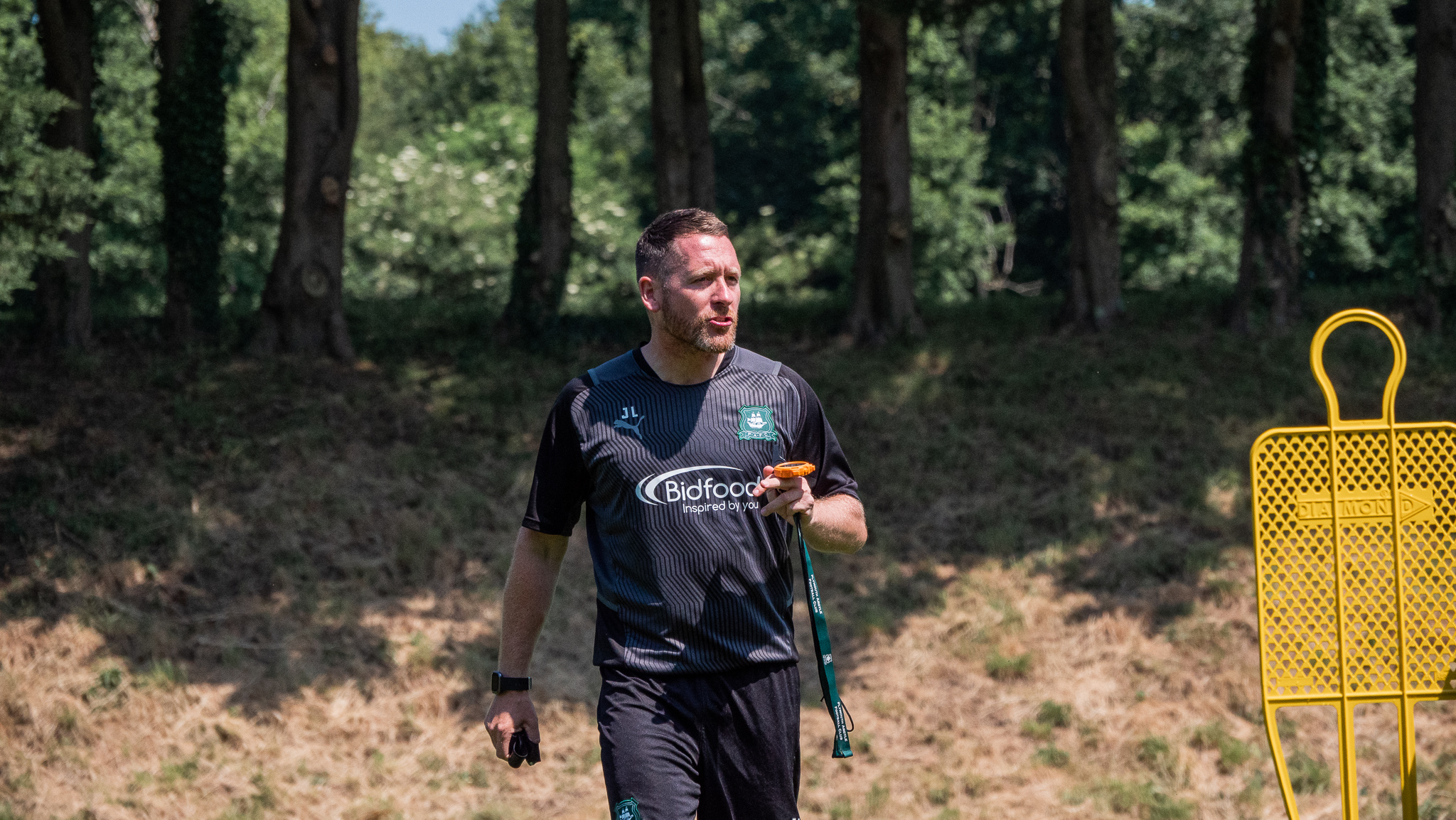 Argyle’s Head of Fitness and Conditioning, John Lucas, has departed Home Park after a very successful spell with the Pilgrims.

Having accompanied manager Ryan Lowe from Bury in the summer of 2019, John played an important role as Argyle bounced back to Sky Bet League One at the first time of asking.

With football shut down during the coronavirus pandemic, John evidenced his community spirit by supporting the Green Army in staying fit over lockdown – even turning his hand to some video sessions alongside his first-team responsibilities during the 20/21 campaign.

Argyle manager Ryan Lowe said: “John has been an important member of my staff at Argyle, and I have nothing but good things to say about him.

“An opportunity came up for him closer to home, and we didn’t feel it was right to stand in his way. We thank him for his work, and wish him nothing but the best for the future.”

Upon leaving Home Park, John said: “I would like to express my thanks to everyone associated with Argyle for making my time at Home Park an unforgettable experience.

“It was a very difficult decision to decide to move on to something new, and that’s testament to my relationship with the gaffer, the team, the staff, and everyone at the club.

“I have no doubt the club will continue to make progress on and off the field, and I am grateful to have been a part of it and experience the highs of promotion.”

Everyone at Argyle wishes John well, and we thank him for his hard work and valuable contribution to the success of the team.

The club has moved swiftly to identify and appoint an individual to replace Lucas, with the new staff member set to be in place before Saturday’s Sky Bet League One tie against Doncaster Rovers at Home Park.