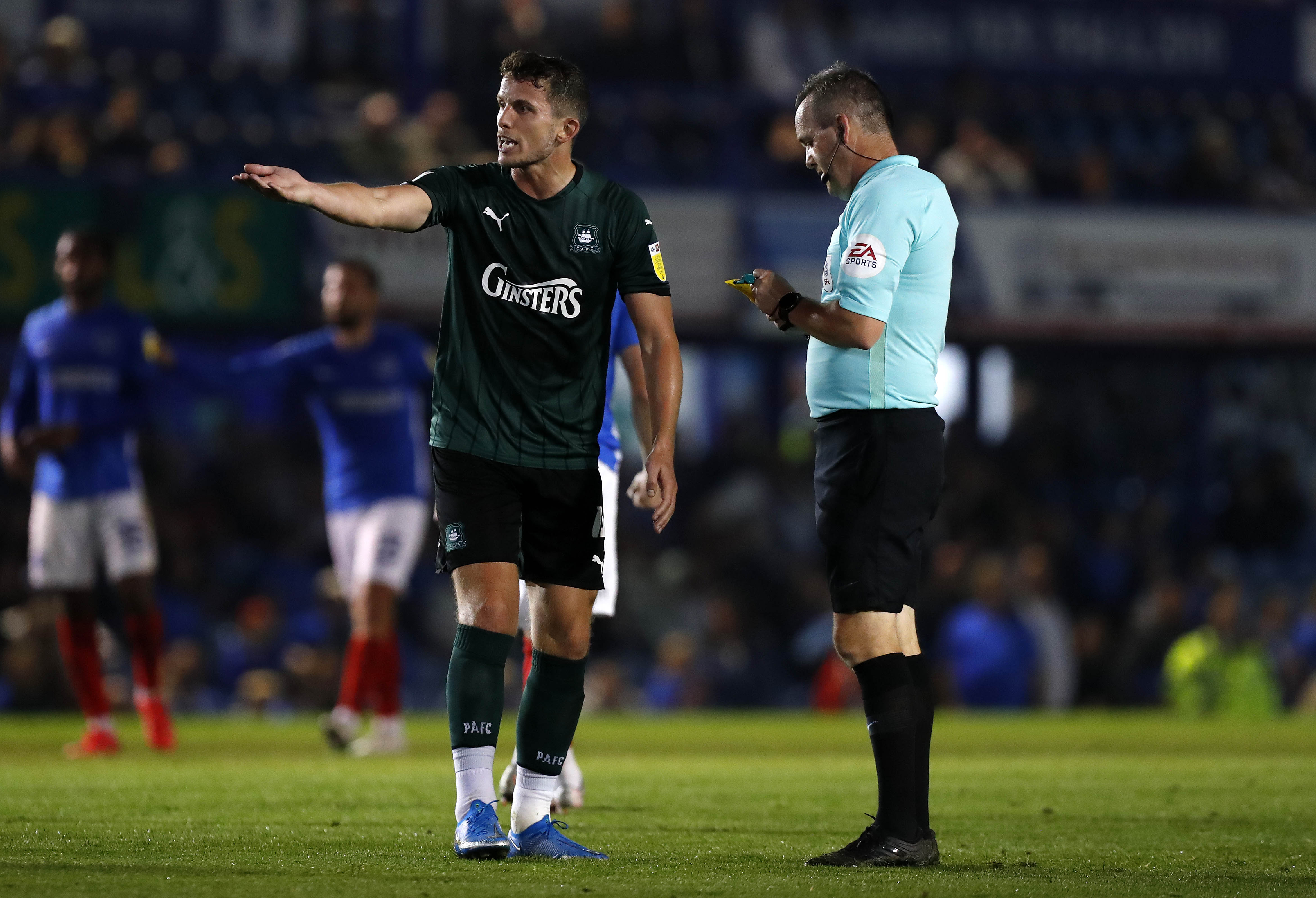 Argyle midfielder Jordan Houghton expressed the frustration of narrowly losing out on all three points against Portsmouth on Tuesday night, but also admitted the point that they gained was a good and important one.

Having gone 1-0 down at Fratton Park, the Greens put on a fantastic display to bounce back and get themselves in a position to bag a 2-1 victory, thanks to a brace from Sky Bet League One joint top goalscorer Ryan Hardie

But a last-minute equaliser from Sean Raggett meant the Greens had to settle for a point.

Jordan said: “Before the game, if you said we’d come here and get a point off the back of Saturday’s performance and result, I think it’s a good point and another point on the board, but I think it was gutting the way it ended.

“We had three in our hands and a little bit of lack of concentration gave them a free header in the box and they put it away.

“It was an intense game. I think you’ve got to be concentrating for every minute of the game, especially in midfield. It was very tough up against Marcus Harness, and the two boys in front of me were man-marked as well, so it was tough to get on the ball, but I think we really dug in and did the dirty stuff well.

“They’ve come and matched us up which is a real compliment to us I think, gone high press because they know we dangerous we are.

“It was a tough start, they scored early, so I think to come back into the game like we did and just to be so close is gutting.”

From Argyle’s last two away games, at two tough grounds, to bag four points is a very respectable result, puts the Greens in a good position in the league table moving on to our next couple of fixtures, at home to Doncaster Rovers and Crewe Alexandra.

Jordan said: “It depends, as well, on Saturday. If we can get a win then it’s a very good week.

“Two tough games away from home, but we’ve picked up four points. Fratton Park is always a tough place to come and I think it was a perfect game plan away from home - we were strong, we were resolute, and we countered well.

“There are so many positives to take from everyone throughout the whole team, in both games, it’s been two very good performances away from home.

“We know it’s not always going to be easy but hopefully now we’ve got a couple of home games that we can have a little bit more control, hopefully get a couple of wins and push forward. I’m looking forward to those.”