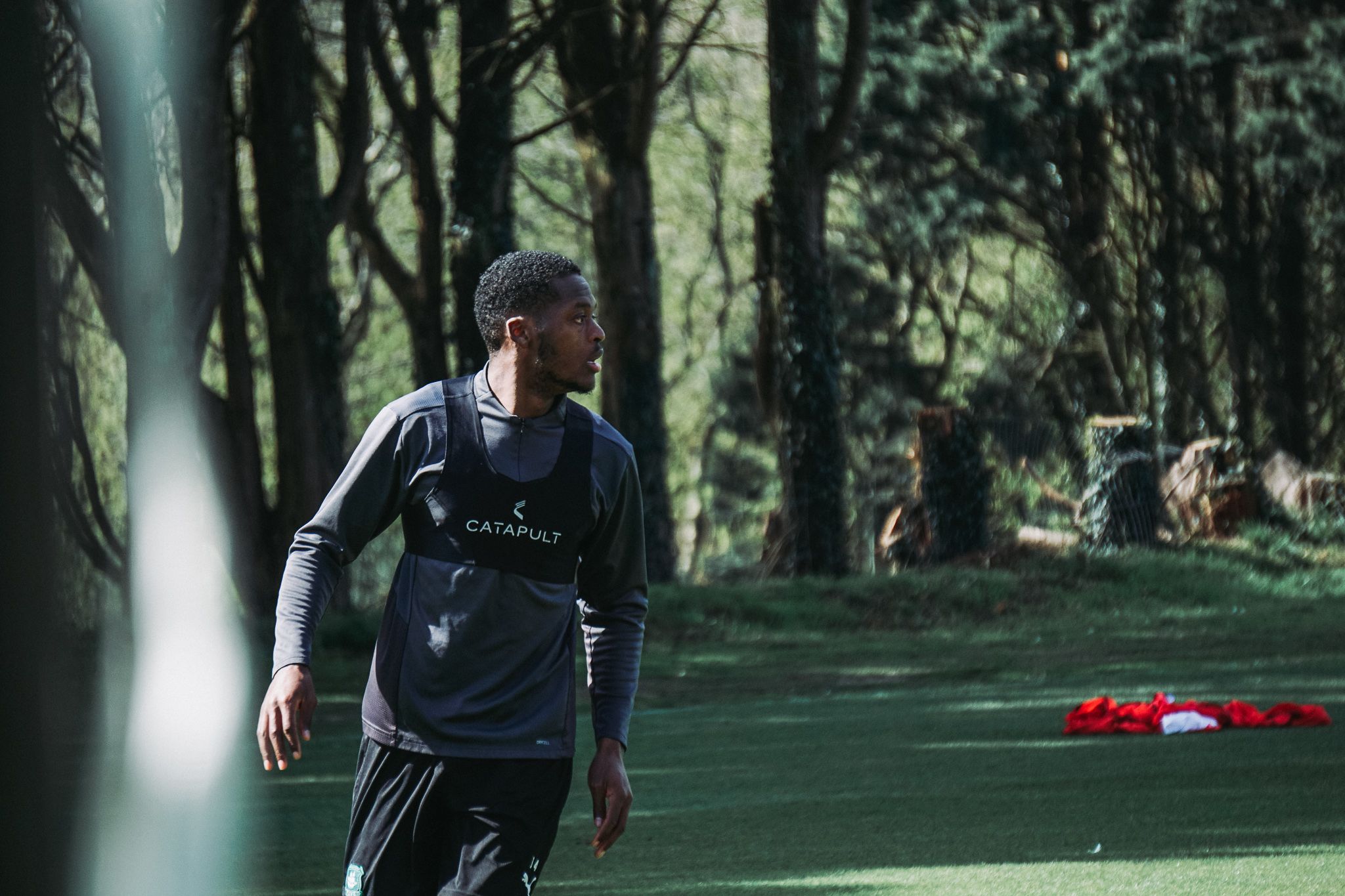 From Saturday lunchtime at Stamford Bridge, to Tuesday nights at Home Park, forward Jordon Garrick has been a constant force in Argyle’s recent success, playing over 36 hours of football this season already.

As the final five games approach and a chance of promotion is edging ever more possible, Jordon looked back on his season so far, “This season has pushed me to levels I didn’t think I could get to.

“I had played a part in 40 games of football in the last two years. This season I’ve already played 40 so personally, that’s a massive achievement.

“For me, it’s been fantastic, this season will go down as one of my best.”

Jordon’s impact on Argyle’s season has been clear to see, in the 45 matches he has played, he’s netted seven times and assisted eight, the best return of his career so far.

Even with that impressive return, Jordon knows he has to be his best every week to have a chance of being in the starting 11.

He said, “The competition for places is tough. As a player, you’re frustrated when you’re left out.

“I’ve never been in a team where a whole 11 could be playing over the starting 11.

Jordan conceded, “You can’t say anything though, look how well the team has done since the turn of the year, how many points we’ve picked up, how many goals we’ve scored.

“It gives the manager a good headache. He knows he can trust the players.

“Lawsy came in and hadn’t played in a while; he was a potential man of the match last Saturday.

“I feel confident every game we go in we can win.”

The confidence within the Greens’ squad has been a major asset that has seen them challenge at the top end of the Sky Bet League One table, winning 21 points out of a possible 24 in the last eight games.

“Keith [Downing], Darren [Behcet], the medical staff, everything all rolled into one. It’s fantastic here.”

Jordon finished by saying, “As long as our core group of players, staff and fans stick together, know how good we are and work toward what we want to achieve, I don’t think anything else matters.

“I think we should keep doing what we are doing silently, then we can have the loudest laugh at the end.”