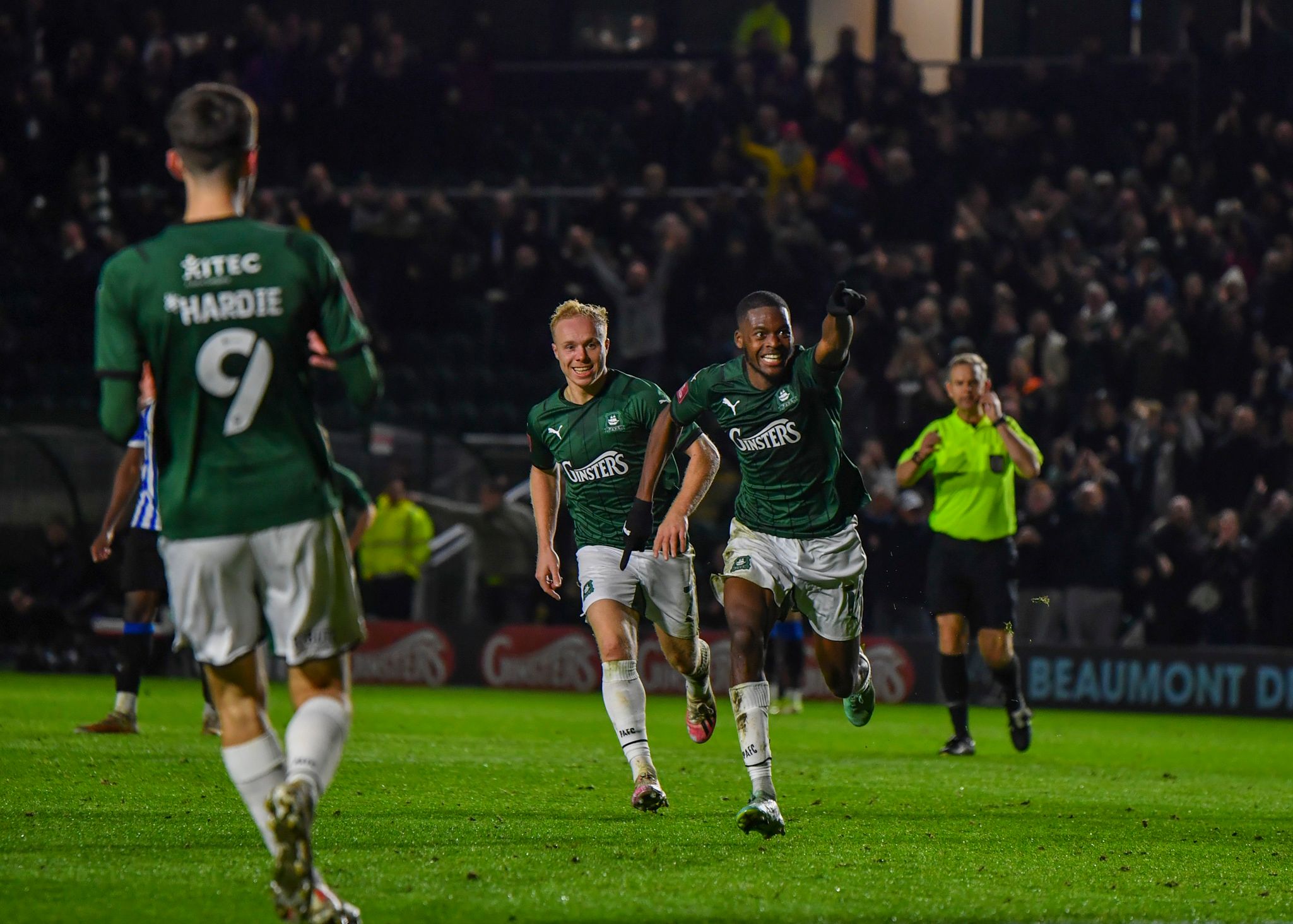 Jordon Garrick is enjoying his football at Home Park and wants to continue to impress and win matches for the Green Army.

Having arrived on loan from Swansea City in the summer, he has gone on to play 26 times scoring four goals.

The 23-year-old has excelled in both forward and wing back positions recently and seems to be able to adapt no matter where he plays.

“Players just want to play and I am playing most games now so that’s all I’ve ever wanted,” Jordon said ahead of Argyle’s Boxing Day trip to Cheltenham Town.

“I am really enjoying playing at the moment and where we can go and what we can do at Argyle.

“Whether I am starting or come on as a sub, I always try and effect the game.”

Jordon has started three of the last four matches in all competitions with the majority of those coming as a striker.

However, on Saturday he was one of the star performers as the Greens beat Charlton Athletic at Home Park, playing at left wing back.

“It’s fun when you play and it’s good to challenge yourself against good players.

“I have done quite well recently playing at wing back as well as up front and it just adds to my experience.

“I don’t think it really matters where I play to be honest, I think players should be able to play in a few positions anyway.

As well as enjoying his football, Jordon is also pleased with the reaction of his teammates since the change of manager.

Steven Schumacher took the reins in the middle of a tough spell of away matches for the Greens and Jordon feels the win against Charlton was a sign of better things to come.

He said, “It was important to get back to winning ways. It was the first three points for the gaffer – he really deserved it.

“I was glad we could get his first three points because the players love him, and we want him to do well.

“It’s down to us to play well and I know everyone wants to play for him so hopefully we can build the momentum going forward.

“We just have to keep going until the end of the season.”

More than 1,500 Argyle supporters will be making the relatively, short trip up the M5 to the Jonny Rocks Stadium with the full allocations sold.

The traditional festive football is an exciting time for both fans and players and Jordon is looking forward to playing on Boxing Day for the first time.

He said, “I have never actually played on Boxing Day, so it’s a first one for me and I am definitely excited.

“The fans are everywhere we go – we could be playing in a different country and I’d expect them to be there,

“Hopefully we can give them something extra to cheer about on Boxing Day.”