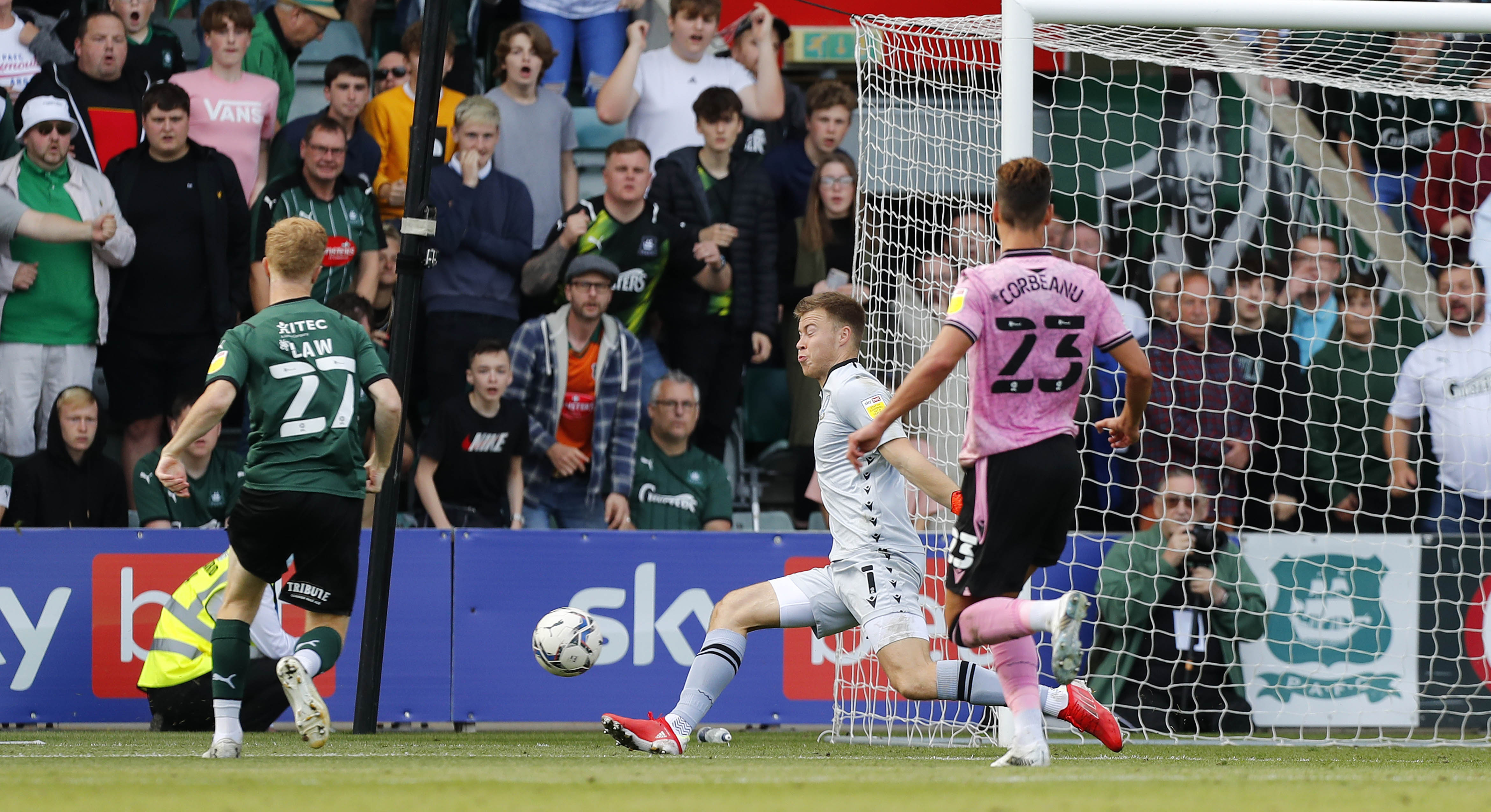 For an Argyle player, scoring in front of the Devonport End is a dream but imagine it being your first senior goal for your boyhood club in front of nearly 14000 fans.

Well Ryan Law doesn’t have to imagine anymore; it has become a reality for him.

“It’s an unbelievable feeling to be honest, first professional goal right in front of the fans as well it was class, it was a class feeling,” a beaming Ryan Law said just after the game.

Having come on as a second half substitute Law wasted no time in making an impact, scoring deep into stoppage time to give Argyle a 3-0 win over Sheffield Wednesday.

Ryan established himself in the Argyle first team towards the end of last season, starting the last four matches of the Pilgrims’ 2020/21 Sky Bet League One campaign.

Having had a successful loan spell at Torquay United earlier in the year, the Academy graduate is getting used to playing senior football.

In his appearances so far this season, Ryan has impressed both defensively and in attack.

He said, “As a wing back our job is to score too, with the strikers obviously.

“So just getting into those positions just gives me a better chance of scoring so any chance I have got in there I have to take it and hopefully score.”

Ryan grabbed his first goal of the season in the Premier League Cup defeat to Exeter City under-23s last week but what was scoring his first senior goal like?

“I didn’t see it hit the back of the net to be honest, when it went past the ‘keeper, I was off.

“Everyone is buzzing at the moment, everyone wants to win, it’s just a good place to be.”

The goal put a gloss on an impressive Argyle display with fellow defenders Joe Edwards and Dan Scarr also getting on the scoresheet.

The 3-0 win was the third straight win Argyle have had over Wednesday and has kept up their unbeaten start to the season at Home Park.

Ryan said, “Everyone was class today, Coops made some great saves, the defence was class, midfielders the strikers all of them were unbelievable today.”