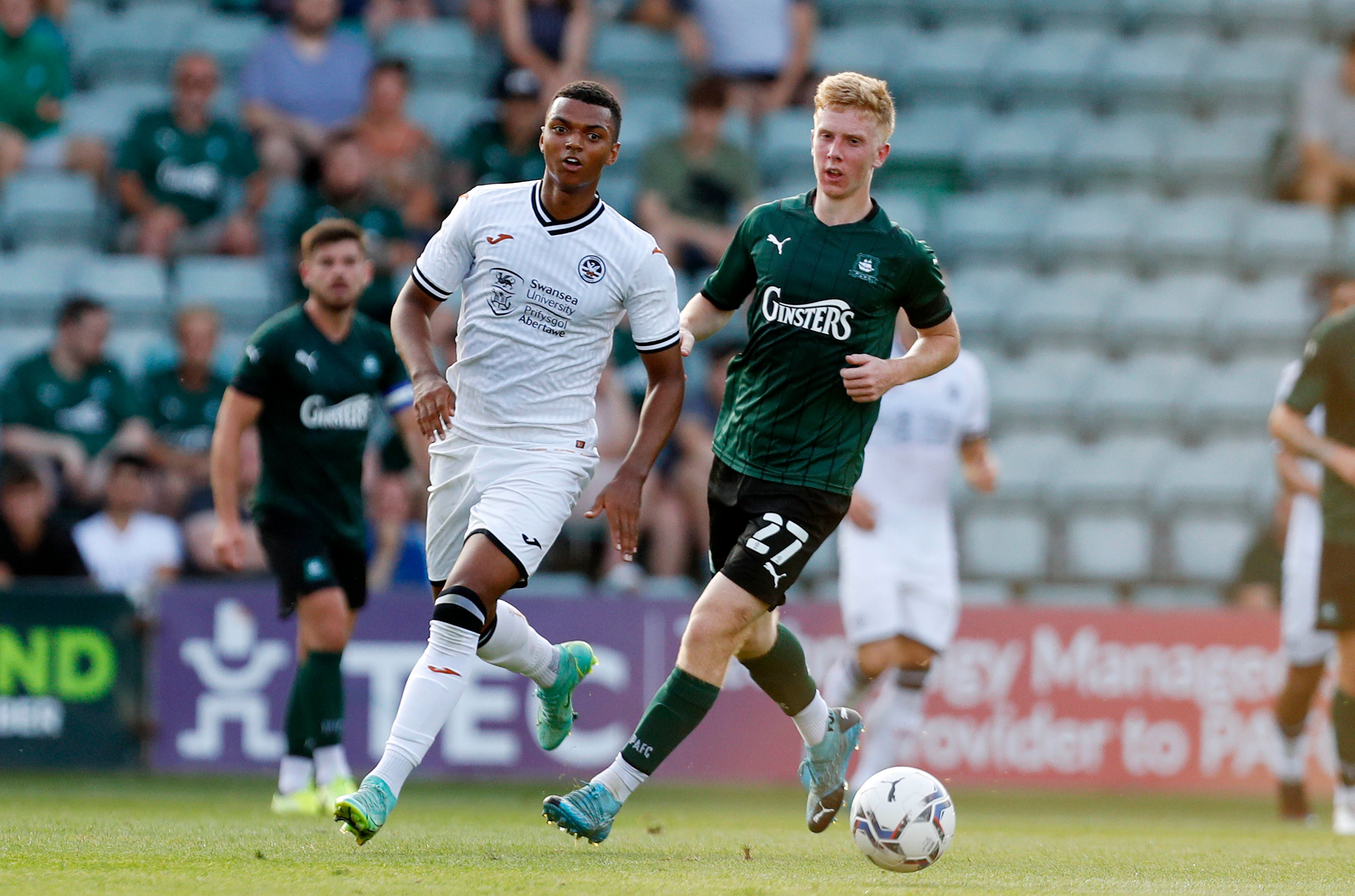 Ryan was one of the standout players in Argyle’s 2-1 loss at Home Park, playing the full 90 minutes at left wing back.

It was the first time he has played in front fans at Home Park, having made his league debut last season behind closed doors.

He said: “It was good with all the fans back in, the first time I’ve actually played with the home fans back in, so it was quite a good game to play in.

“It’s different because I haven’t experienced the fans cheering before. I’ve only played during lockdown, and my first game was against Newport Country a couple of years ago and it was just their fans there really, so I hadn’t experienced it before, but I thought the fans were good.

“I think Swansea were very good, but I think we handled ourselves well.”

Ryan has admitted that this year’s pre-season has been a tough one so far, but he has been working on skills that will help him develop, one of which almost saw him on the scoresheet in Tuesday’s game.

A right-footed effort in the 66th minute marginally missed hitting the back of the net as it bounced off the post.

Ryan said: “I’ve been working a bit on it during pre-season, I have been working on cutting in and just trying to curl it in that bottom corner, and it almost worked, it just hit the post. It would’ve been my first goal in front of the fans.

“Pre-season has been very tough so far with all the running that’s started now, coming into the games have been quite hard games, so it’s been a very good pre-season.”

As Argyle begin to start their journey towards the 2021-22 season, Ryan hopes that he can continue to play well and force his way into the team for the start of the season.

He said: “My aim is to be in the team, if not just around the team, so I can help the boys push up the League.”