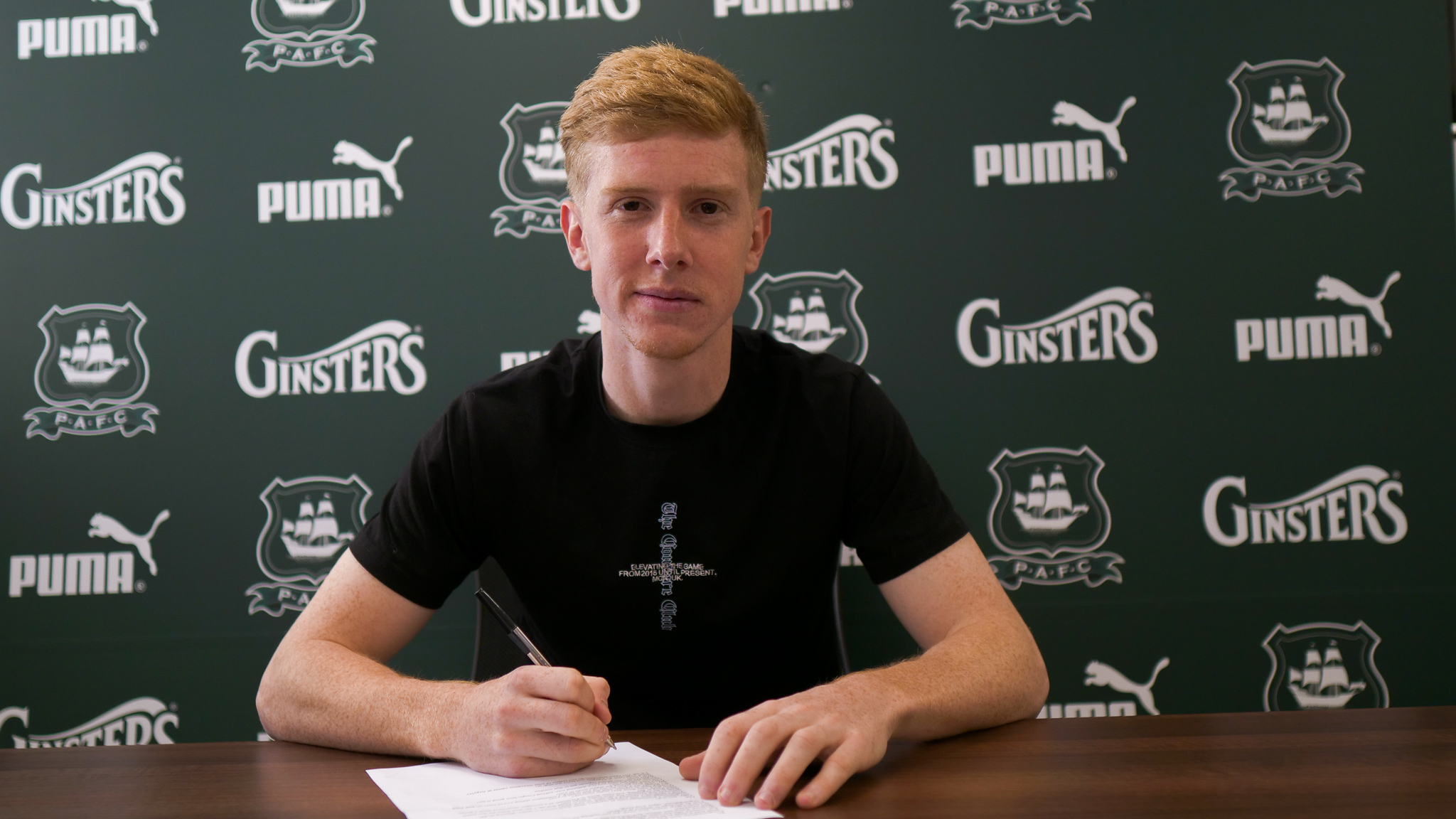 Argyle are delighted to confirm that wing back Ryan Law has signed a new contract at the club.

The 22-year-old Academy graduate has scored two goals in his 21 games this season, netting the winner against Birmingham City in the third round of the Emirates FA Cup.

Having made his Football League debut at the end of the 2020/21 season, Ryan has kicked on again throughout the 2021/22 campaign and has been a regular member of the first team squad.

He scored his first goal in Green in the final stages of an incredible 3-0 triumph over Sheffield Wednesday at Home Park, completing an emphatic score line for the Greens.

Ryan, who has been at the club since the age of eight, started seven times in total last season and was pushing the likes of Conor Grant and Steven Sessegnon with his impressive performances.

He is the latest of a growing list of home-grown players making a mark at first team level and is the second graduate to sign an extension after Adam Randell penned a new deal in February.

On signing the extension Ryan said, “It’s unbelievable really. I am so happy to sign for another year.

“I have been at the club since the age of eight and to play for Argyle is all I have dreamed of really.

“I feel like last season was another big step in the right direction for my career, I’ve played over 20 games and hope to play a lot more and make some very special memories playing for Plymouth Argyle.”

"He has become a very reliable member of the squad and has performed really well whenever called upon.

"The aim for Ryan now, is to establish himself as our first choice left wing back and to continue his development next season.”

And Director of Football Neil Dewsnip said, “We are delighted that Ryan has accepted a new contract, it’s a further sign of his continuing progress.

“I look forward to him contributing the Argyle first team in the coming season and hopefully long into the future.”