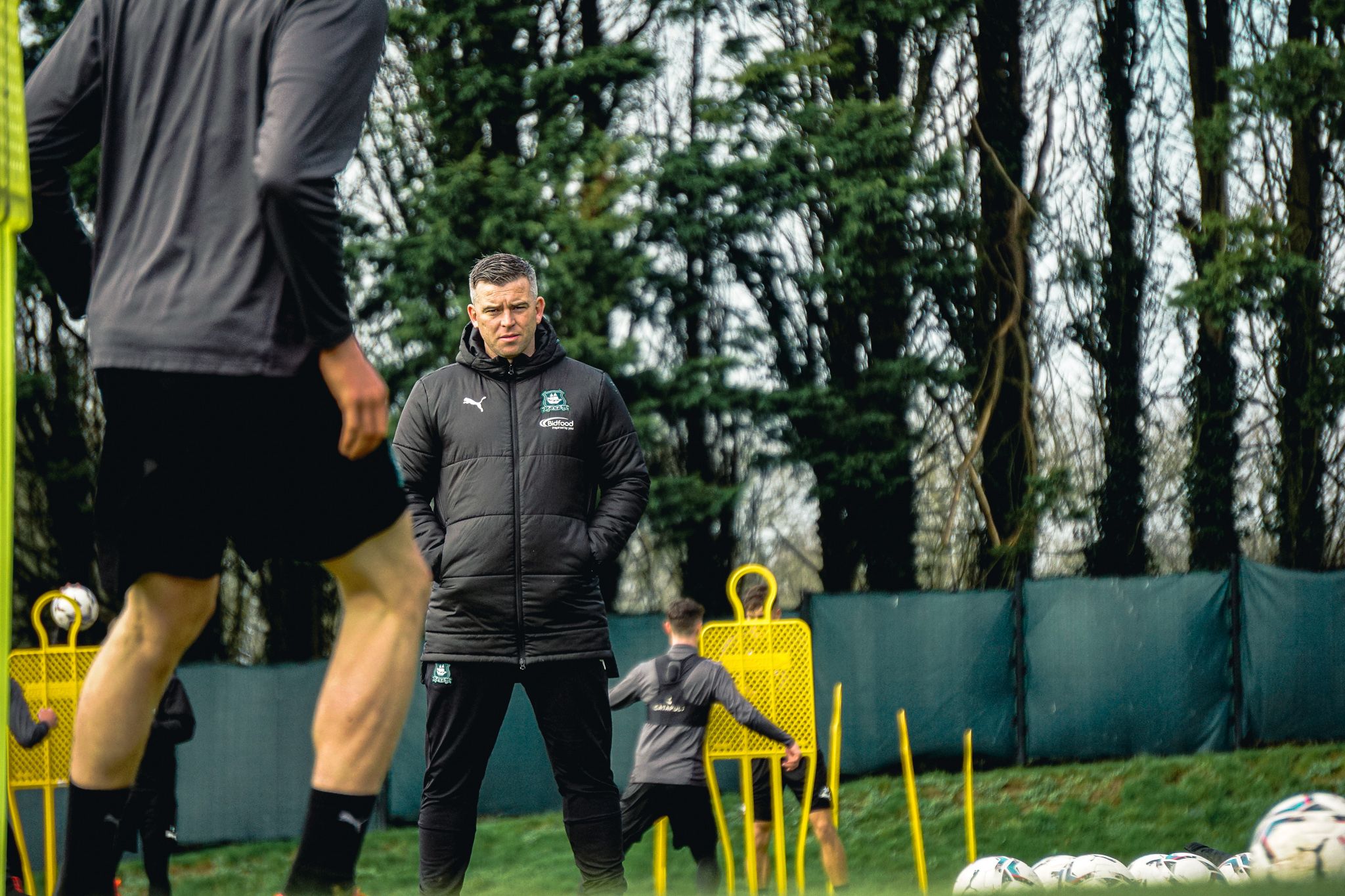 The Greens suffered their first defeat in six games on Tuesday night, going down 2-0 at Cambridge United.

It brought an end to a four match winning streak that had seen the Pilgrims climb back into the play off places in the division.

Speaking ahead of the game, Steven Schumacher said, “We need to have belief and have confidence that we can get a result.

“The lads have been on a brilliant run, played some good football and have won four on the spin.

“There is no doom and gloom that we lost on Tuesday night against Cambridge, we have drawn a line under that and need to get going and prepare again for Saturday.”

That defeat was the first time since a 3-0 loss at home to Wycombe Wanderers in November that Argyle have failed to score in a game.

They had netted 13 times in their previous five league matches and are amongst the highest scorers in the league.

Games with Rotherham in recent years have generally been tight affairs.

Prior to the 2-0 win for the Millers on the opening day, the previous five meetings have either ended in a draw or been settled by a single goal.

The last time Rotherham came to Devon, Graham Carey and Joel Grant scored for the Pilgrims in a 2-1 win in April 2018.

It looks like an almost certainty that Rotherham will bounce straight back to the Sky Bet Championship at the first time of asking, as they are six points clear at the top of the table.

They have a nine point buffer to third placed Milton Keynes Dons and are unbeaten in eight matches.

Steven said, “You want to play against the best and in my opinion, Rotherham are the best in the division so it should be a good day in front of a full house.

“When we went there earlier on in the season, they were too strong for us on the day, but we have improved and it’ll be a good test for us to see how far we’ve come.

“We know what their strengths are, they are powerful and good from set plays, so we have to be wary of that.”

In the 33 league matches Rotherham have played this season, they have scored 60 goals and conceded just 19.

That is the lowest in the division and is an area of particular strength.

Dan Scarr, Brendan Galloway and George Cooper are still long term injury concerns for Argyle who could welcome back captain Joe Edwards after he missed the last game.

Steven Sessegnon, who made his debut at Cambridge United on Tuesday night, could be in line for his first appearance at Home Park.

Rotherham will be without Northern Ireland striker Will Grigg who is likely to be out for the remainder of the season with a hamstring injury.

Joe Mattock and Rarmani Edmunds-Green have both returned to training this week and could be in contention for the weekend.