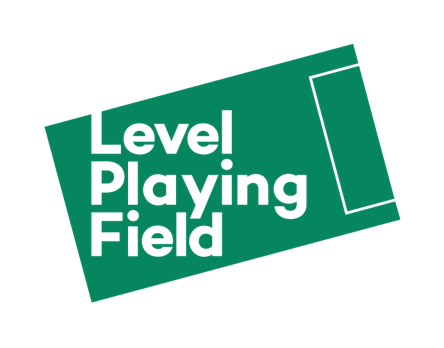 Argyle’s home Sky Bet League One game with Rotherham United on Saturday, 26 February has been chosen as the club’s dedicated fixture for the Level Playing Field’s ‘Weeks of Action’ campaign.

Level Playing Field is an organisation which works to ensure that disabled fans can freely access and enjoy live sport.

The week is an annual period of inspiration and celebration of good access and inclusion at all sporting venues.

It is important that football can be enjoyed by everyone, and the club is committed to making sure every supporter has the best experience on a matchday.

The theme for this year’s ‘Weeks of Action’ campaign is the return of fans and so we are asking supporters to show how much being back at Home Park means to them.

We are encouraging fans to record a short, 10 to 15 second, video explaining what it means to be back at Argyle and being able to access matches after such a long time away.

Once recorded, please send the clip, which can be recorded on a mobile phone in portrait format, to disability@pafc.co.uk before Friday, 18 February and the club will include entries as part of our pre match build up on Argyle TV and our social media channels.

On top of this, members of the Pilgrims' squad, as well as Pilgrim Pete, will wear Level Playing Field shirts during the warm-up at Home Park on Saturday afternoon and a Level Playing Field flag will also be on display alongside supporters' flags inside the stadium.

This year’s campaign runs from Saturday, 26 February to Sunday, 13 March, and preparations are well underway to make this the biggest campaign to date.