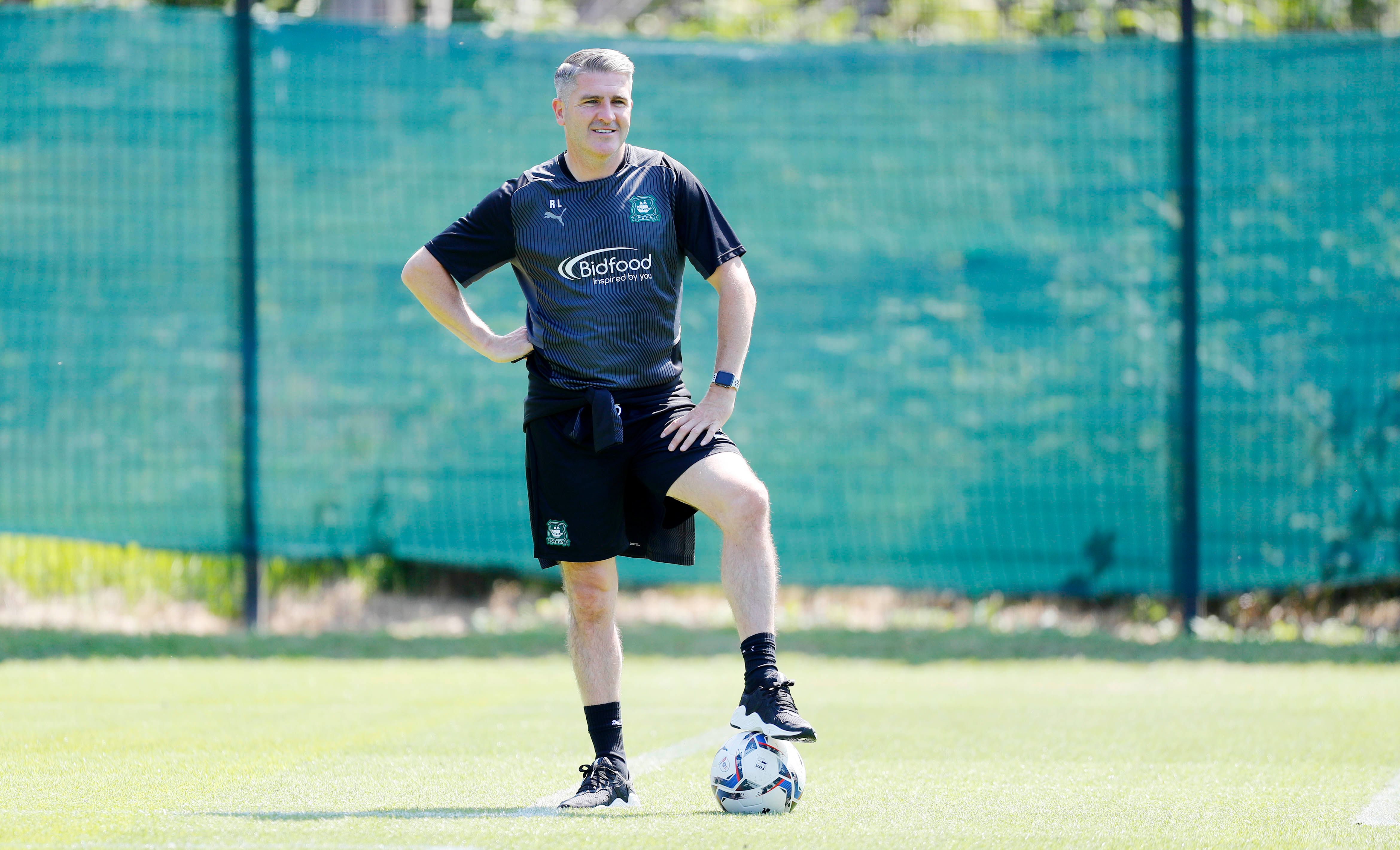 Argyle manager Ryan Lowe will be one of millions of people across the country watching on and hoping England can win their first major trophy since 1966.

The Three Lions play Italy at Wembley on Sunday for the chance of becoming European Champions for the first time.

Despite being busy getting Argyle ready for the new Sky Bet League One season, Ryan has taken time out to enjoy the Championships and was even at Wembley with his son for England’s opening game of the competition against Croatia.

He was also in the Devonport End, watching on the big screens with 700 other fans as England won again, beating Czech Republic 1-0. He’s a football manager yes, but he’s also a football fan.

He said, “I’m very excited, I’ve been very excited for the whole of the Euros, not just England but all the games trying to learn things.

“I used to follow England quite a bit when Steven Gerrard used to play. I used to travel the country and the world to go and watch them.

“Something has just changed with Gareth. He’s brought through the under-21 players. I think there are 16 players in the squad who have played EFL football, which is amazing and it shows that it works.

“I think England have been superb so far, so hopefully they can go all the way and finish the job off.”

The Argyle boss knows first-hand just how Gareth Southgate works, last season Ryan had a one-on-one call with the England manager and has spoken of his admiration of Southgate and the way he goes about his business.

“I think the togetherness is massive and just being open and honest with the players. The transparency from him towards the players.

“Every other England manager in the past has been pressured into doing things and playing different players, Gareth doesn’t do that. He is doing what’s best for the team and what is best for the country.”

The game on Sunday will be particularly poignant for anyone connected with Argyle following the sad news of the death of former Green, Paul Mariner - who scored 13 goals in 35 matches for England.