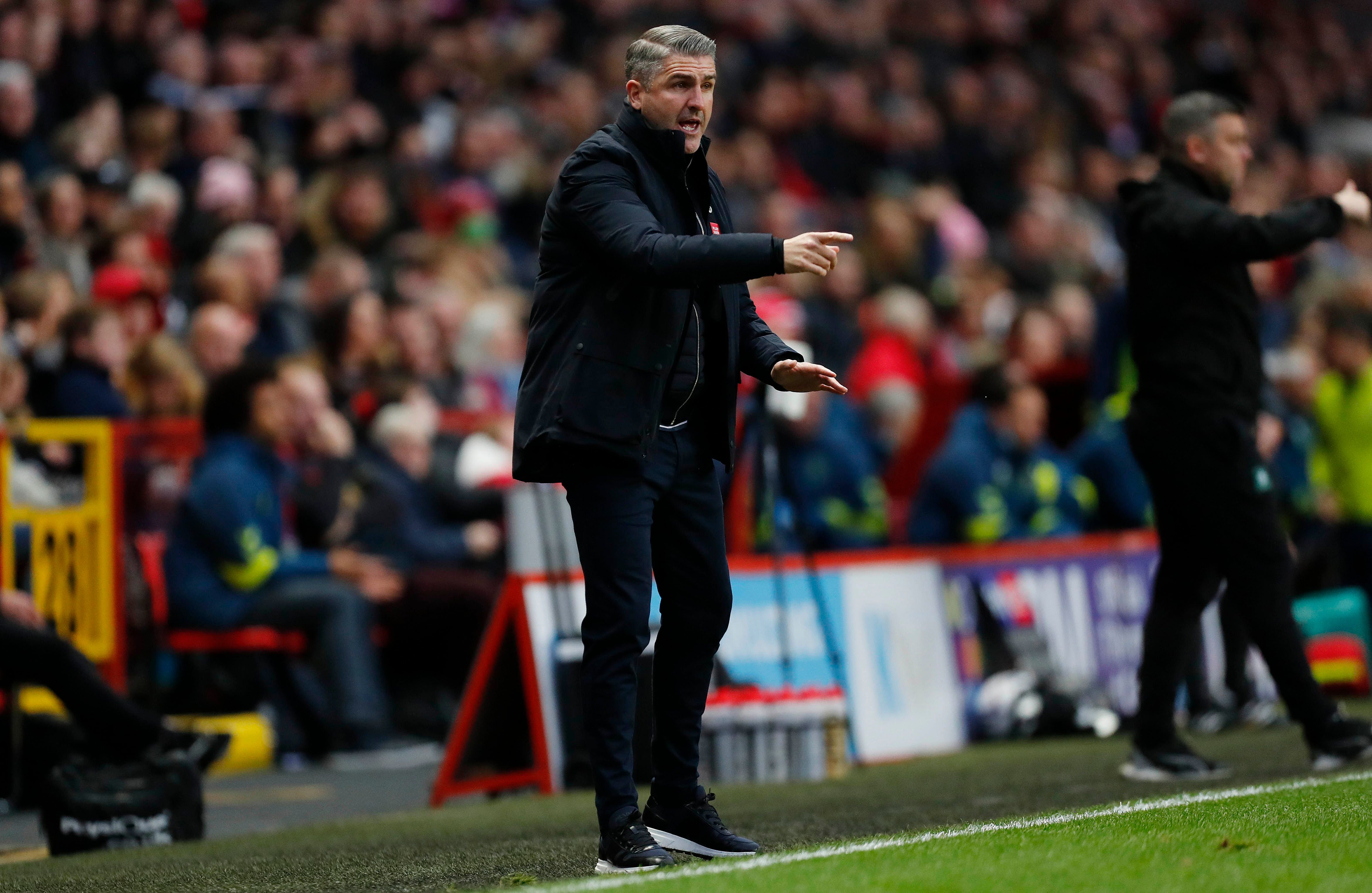 Argyle manager Ryan Lowe remains proud of his side despite the 2-0 defeat to Charlton Athletic at The Valley on Saturday afternoon.

Although the 16 game Sky Bet League One unbeaten run has come to an end Ryan is not dwelling on the loss and has highlighted the importance of resetting and going again.

Speaking after the game he said, “First and foremost, I thought Charlton were worthy winners.

“They were on the front foot, you can see that they’re playing for their manager and we just weren’t at our best today.

“We had loads of possession, which is expected. We got up to the top end of the pitch, but we didn’t have that clinical edge, but it wasn’t for the lack of trying.

“Where we are and what we’ve achieved so far has been excellent, so I said to the group I am not going to drag it out, it’s on to the next one.

“It’s not a thumping defeat, it’s the reset button and it’s the challenge now of how we react from the defeat.

“It’s a learning curve for us all the time but we’ve been excellent so far this season and what we need to do now is reset and go again.”

Being only the second defeat that the Greens have suffered in Sky Bet League One this season, Argyle remain in a fantastic position to push on again, starting with the two visits to Home Park from in-form teams – Wycombe Wanderers on Tuesday, followed by Wigan Athletic on Saturday.

Ryan said: “We have two big home games and that’s what we need. What we’ve got to do now is we’ve got to put that defeat to bed quickly.

“There’s a disappointed dressing room in there but you can’t win or draw every game. I’m not going to criticise, they’re a good group, a good bunch.

“It’s a perfect one to come back to, an exciting game against Wycombe, and it’ll be a different test, but it’s one we’re looking forward to.

“That was only our second defeat in terms of bouncing back, it has been a while, and sometimes these things set you in good stead. “

Nearly 3000 members of the Green Army made the trip to the capital, reinforcing the phenomenal support that the Pilgrims have in every fixture they play.

“You feel for them because they wanted a goal here today,” Ryan said.

“They would’ve gone wild in that end. Fair play, fantastic support, but they’ve been like that all season, wherever it’s been, they’ve been a different class.

“We wanted to get them a goal today, so they could cheer, but it wasn’t to be, the top end just wasn’t as slick as we like it, but fantastic support and I’m really pleased.”