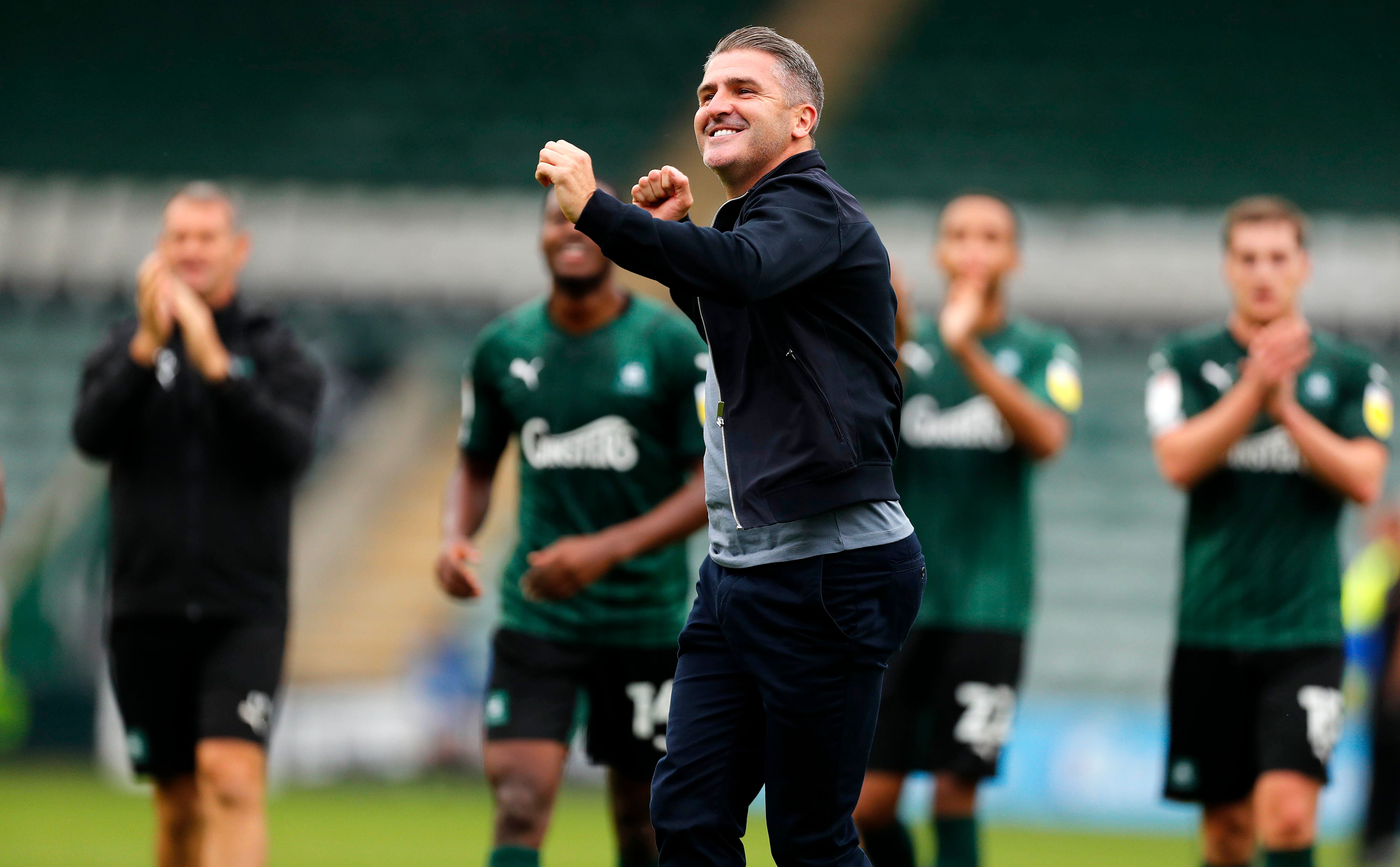 Ryan Lowe has credited the resilience of his squad after the Greens came from behind to beat Doncaster Rovers 2-1 at Home Park on Saturday.

Luke Jephcott converted the first after Ryan Broom was fouled in the box and then Conor Grant scored in stoppage time to send 11000 Argyle fans wild.

Ryan was pleased with the way his players fought back after the setback of going behind.

He said, “I think there was great character shown and resilience. It wasn’t the greatest performance to be fair, they caught us with a counter for their goal.

“We’re not always going to have it our own way and we know that, but I am delighted with the team today.”

After picking up four points from two away games in the past seven days, the win on Saturday has seen the Greens continue their fine form.

The travel to London and Portsmouth has meant that a full week of training couldn’t be possible.

Ryan admitted that he did need to give the players a bit of a pick me up at half time.

He said, “We looked a little bit laboured, and I said at half time we had to raise it.

“I get it, the games have been coming thick and fast and fair play to Doncaster they came with a game plan and nearly executed it.”

For the fifth home game this season over 10000 fans were in attendance and showed just how much of an impact they have on the side.

After going 1-0 down the players were spurred on by the Green Army and Ryan was quick to praise their contribution.

He said, “I felt today was a fans win I must say because they dragged us through it. We weren’t quite right today but they got us through it.

“They’re coming out in their numbers, and they are certainly helping us.

“We are a good team and when you don’t play particularly well in games, it is a good sign when you do go on and win.

“We don’t want to just be a good team because there are a lot of good teams in this league. We want to be an excellent team.”