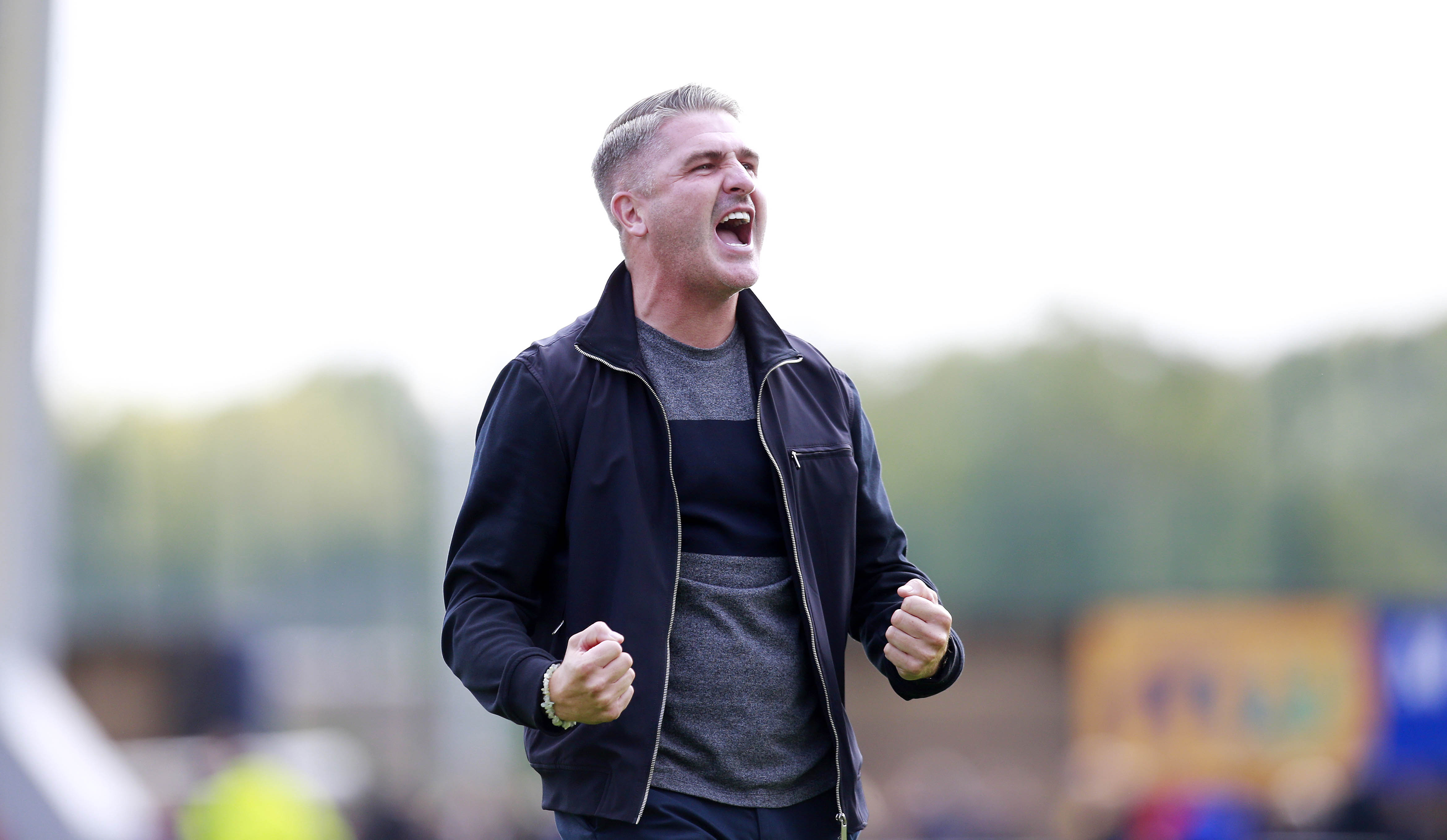 Ryan Lowe couldn’t have been prouder of his side’s effort and desire in Argyle’s 3-0 Sky Bet League One win over Shrewsbury Town on Saturday.

Heading into the final ten minutes, with Argyle being 3-0 up, there was still a willingness to work in order to keep a clean sheet.

It was the second time in the last three games that the Pilgrims have shut out their opponents, having won 1-0 at Gillingham a week earlier.

With the clock running down, blocks, tackles and headers were being won by the players wearing white, as that second league clean sheet was achieved.

Ryan said, “I thought the lads, every single one of them, worked their socks off. You need to work at these sorts of places to get results like that.

“Our defence works from the front. You saw Luke [Jephcott] and Ryan [Hardie] and then Jordon [Garrick], when he came on, they’ve got to work.

“No-one in any league is going to give you time and space on the ball.”

As well as the defence played, the attack was also on top form.

Both Luke Jephcott and Ryan Hardie got on the scoresheet again, with both laying assists for one another.

Hardie scored his first two league goals of the season, one in each half, while Jephcott scored is fourth in the last four games.

Ryan said, “We could have had five or six but again when your strikers are scoring goals like that and your defenders are making last ditch tackles and blocks, that optimises what were about and what we are trying to do.

“We opened them up at times and looked a very, very good team at times.

“We needed to keep the fans quiet, and they started brightly but we had a calmness about us and played our football.”

The win means that Argyle have picked up seven points from the opening four games in Sky Bet League One and are through to the second round of the Carabao Cup.

On each occasion they have been cheered on by a massive following from the Green Army.

The return of fans has certainly spurred the Argyle players on, and the boss is delighted his players are returning the favour and showing the fans how much they’re appreciated.

He said, “I must say that the fans were fantastic - over a thousand once again.

”That’s twice now, at Rotherham and now Shrewsbury. Fantastic turnout and hopefully we’ve sent them home with a smile on their faces.”