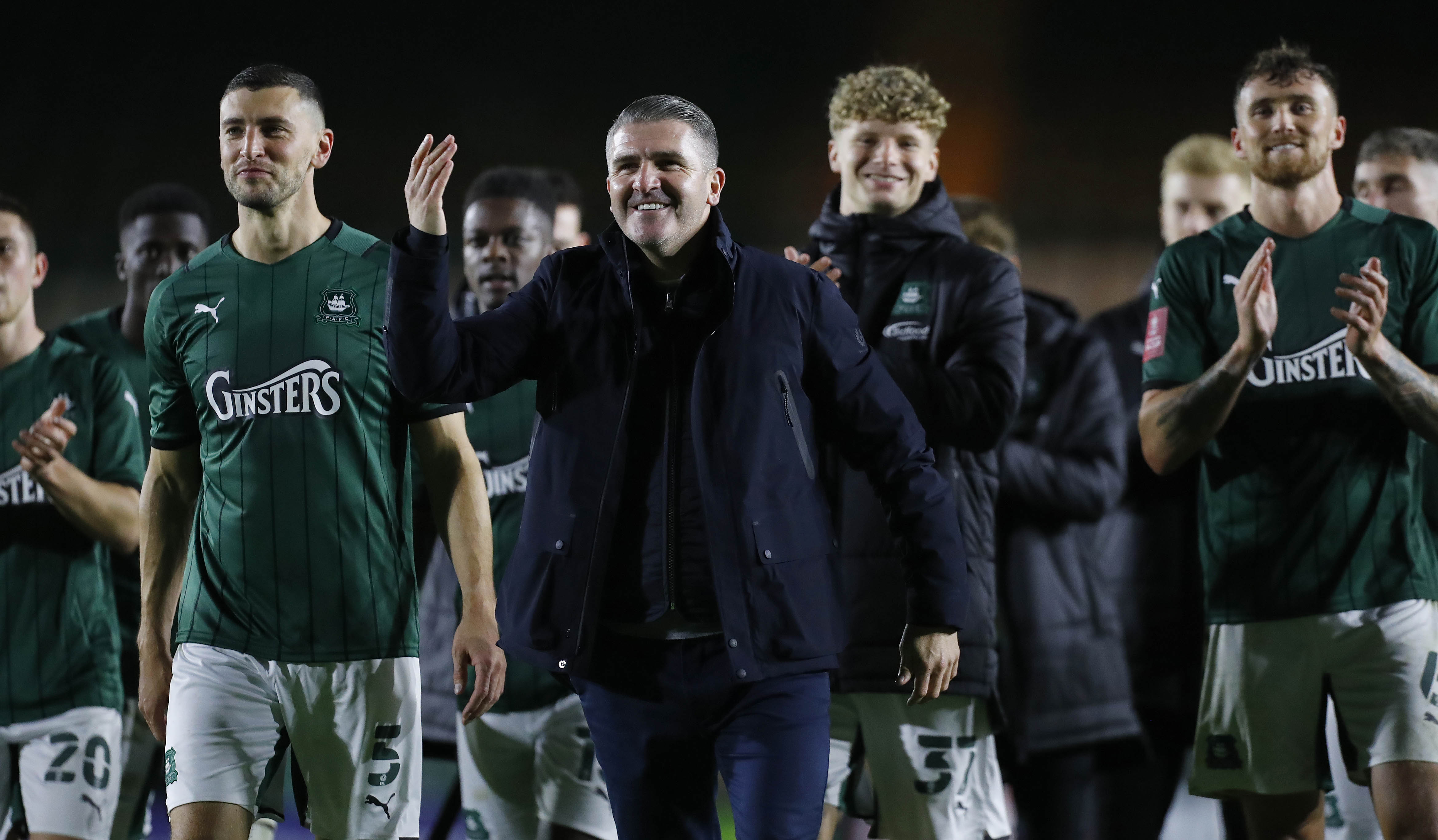 Ryan Lowe couldn’t hide his pride after Argyle made it to the second round of the Emirates FA Cup with a 3-0 win over Sheffield Wednesday at Home Park.

Jordon Garrick scored twice and Ryan Hardie the other, as the Greens saw off the three times cup winners for the second time this season.

“I thought we were different class to be honest,” Ryan said after the game.

“I thought we were fantastic from start to finish.

“The way we used the ball, passing through the thirds, I thought we stood up to Sheffield Wednesday superbly.”

Just over 11,000 fans were packed inside the ground and, according to Lowe, played an important part in the way the side played.

“I am really happy with the supporters, honestly hand on heart, I have to say it’s amazing.

“They were singing all the way through and many of them have work tomorrow.

“I know 3,000 are going to Charlton on Saturday and I know they’ll be screaming their hearts out which will help us massively.

“They are playing their part this season too, make sure you know that – they are superb.”

The supporters are, without doubt, enjoying what they’re seeing at the moment and again were treated to a fine display from the team.

Defensively Argyle looked strong and the energy and pace in which they attack would be difficult for any side to face.

Speaking after the game Ryan said, “The work rate of the boys and what they’re doing, putting in the miles and putting in the performances is great and long may it continue.

“When these games are coming thick and fast, the boys just want to play games. Yes, it looks phenomenal, and it looks great, but they are just doing their jobs.

“And they are doing their jobs incredibly well at the moment.”

The Greens will now play Rochdale at the Crown Oil Arena for a place in round three, a game which will kick off at 12:15 on Sunday, 5 November and will be live on ITV.