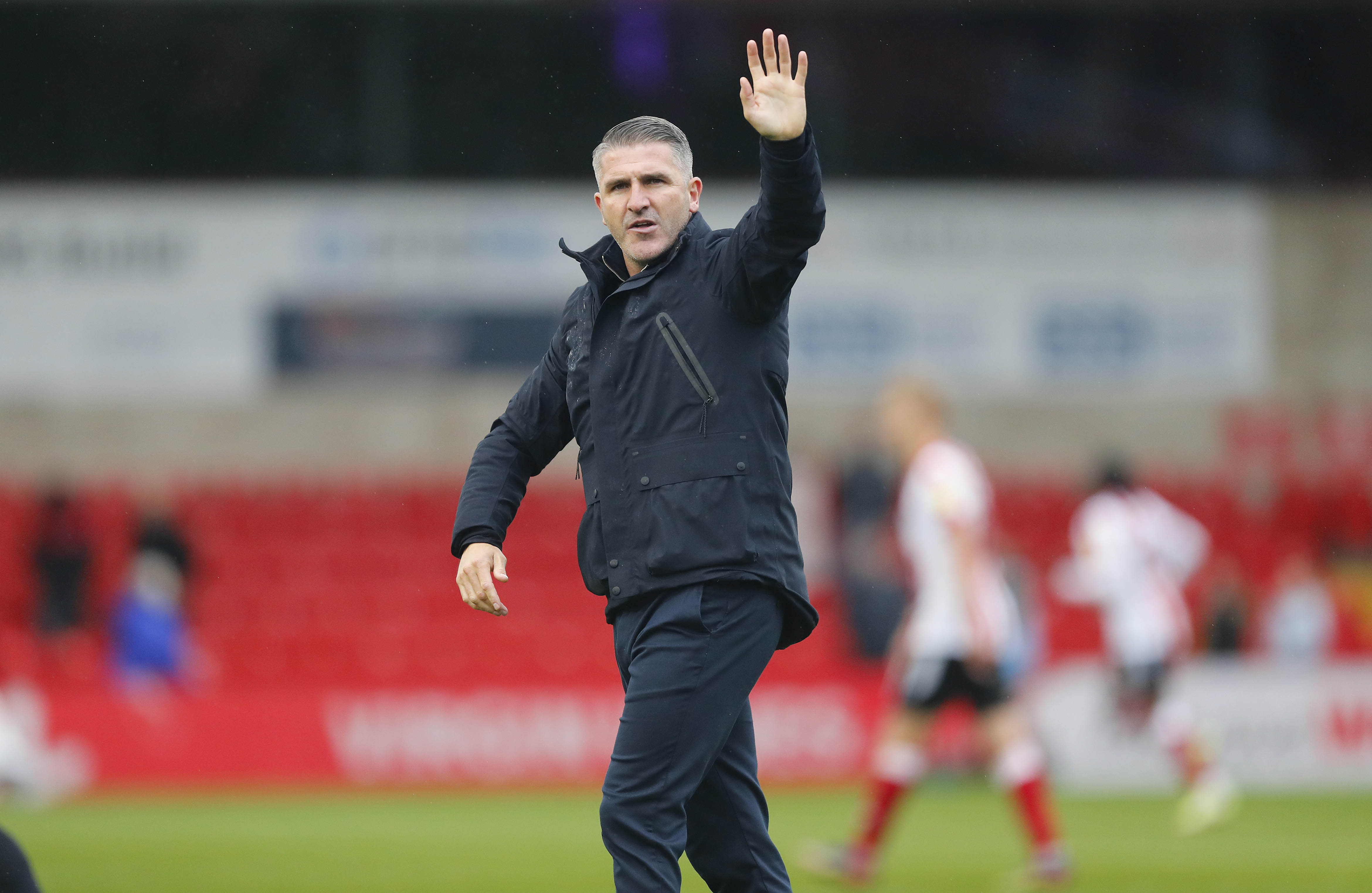 Ryan Lowe was pleased but left wanting more after Argyle were held to a 2-2 draw by Lincoln City at the LNER Stadium on Saturday.

He described his side as a ‘different animal’ this season as or the second away game in a row, they pegged back by a last-minute equaliser.

“We’re a different animal from last season,” Ryan said at the end of the game.

“We come to these places like Lincoln or Portsmouth, and we want to win. We are not just coming to make up the numbers and sit back.”

It was a 90th minute penalty from Anthony Scully which saw Lincoln get back level and Ryan left disappointed.

He said, “We should have three points and we should have won the game. I’m disappointed with the penalty to be honest.

“We have come to a team who were in the play-off final last season, we played a lot of good football and created a lot of chances.”

Ryan Hardie gave the Greens the lead in the first half with his eighth Sky Bet League One goal of the season.

Lincoln drew level after the break before Brendan Galloway thought he’d won it with his first goal for the Pilgrims.

In truth, Argyle could have scored more than the two they got, as they carved a number of good opportunities out with good play.

Ryan admitted that this squad is moving in the right direction.

He said, “Some of the football we played was different class, they’re a good team and I felt we dealt with them well.

“We just need to find that killer instinct a little more, I thought Ryan [Hardie] could have had a hat-trick and ultimately their ‘keeper kept them in it and made some incredible saves.

After a busy couple of weeks, where Argyle have played four games in 14 days, they now have a week to prepare for their next game against Burton Albion at Home Park.

The rest for the squad is something Ryan feels is needed.

He said, “We’ll have a couple of days of rest now before our next home game against Burton.

“We’ll recover them properly and give them a little bit of down time with their families.”