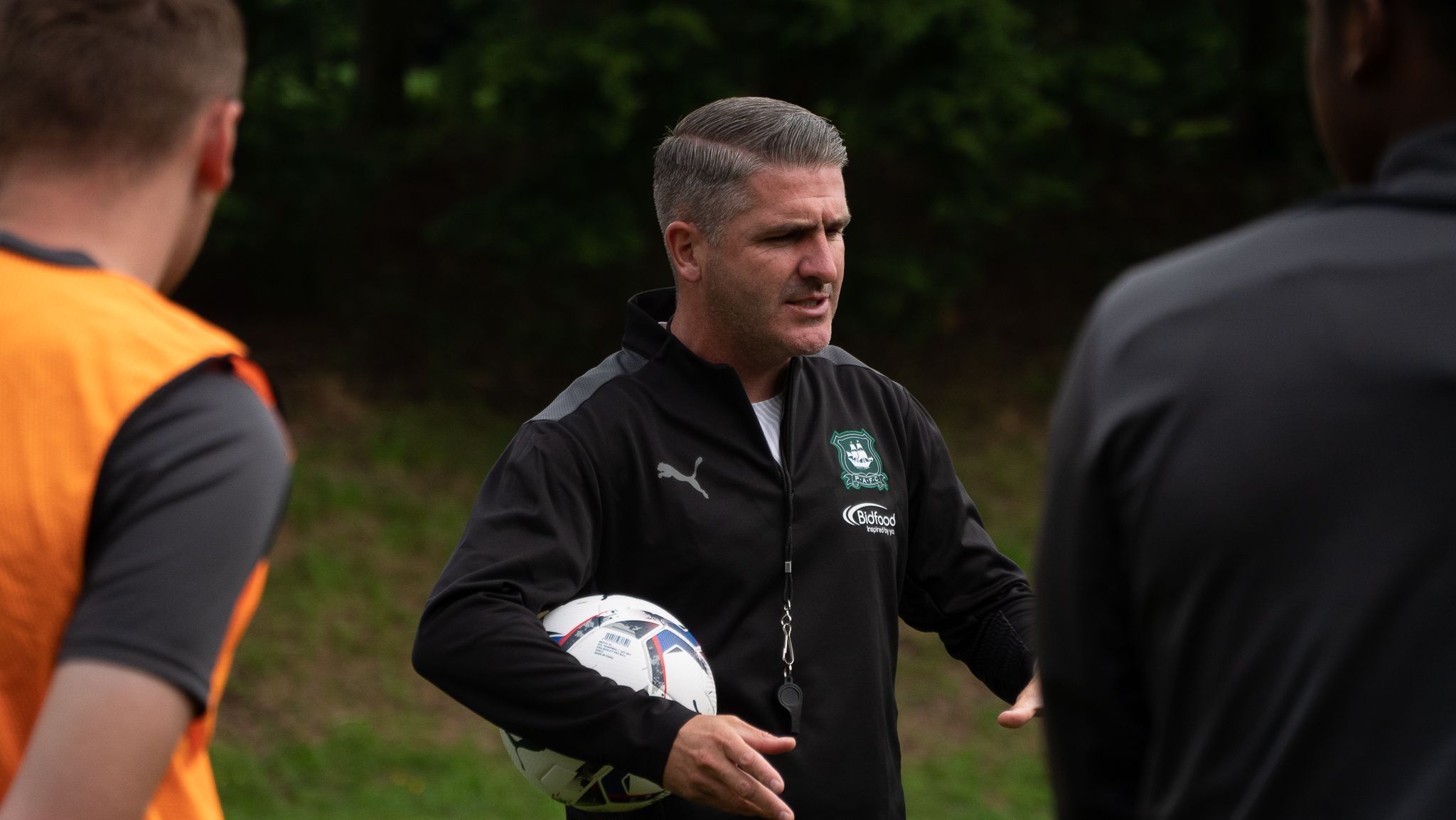 Lowe looks ahead to Swansea

Argyle will play in front of fans at Home Park for the first time since December, when they take on Swansea City in a pre-season friendly on Tuesday night.

It’s been seven months since the Green Army were allowed to come and watch football at the Theatre of Greens and for most of the Argyle squad, it’ll be the first time they will have played in front of supporters.

The six new signings have of course seen what the Pilgrims’ support is like in the two pre-season friendlies at Plymouth Parkway and Saltash United, but it will be something totally different at Home Park.

Manager Ryan Lowe is certainly looking forward to it.

He said, “I can’t wait, we’re looking forward to seeing the fans, it’s been a while.

“I know we saw them for a small part early on last season and there was only 1800 of them. But it will be nice to see them in their thousands, hopefully there is a big number there and they can see how we are trying to do things this year, they can see the new recruits.

The game itself will be a tough test for the Pilgrims.

So far, Argyle have had big wins over non-league sides Parkway and Saltash and then played out a 1-1 draw with Bristol Rovers on Saturday.

The Swans finished the regular season in 4th place last time out and were beaten 2-0 by Brentford in the play-off final at Wembley.

This campaign will be the fourth that the side from South Wales will have spent in the second tier after relegation from the Premier League in 2018.

Steve Cooper’s side once again will be one of the favourites for promotion this year and will be a difficult opponent for Argyle.

Lowe said, “They’re probably going to have large parts of the ball but that will be a good test for us when we come up against teams in League One who like to keep the ball.

“It’s about how we can break that down, how we can stop them from passing through us and then when we get it, can we be a threat?

“It’s a good test and it’s one we’re really looking forward to.”

So far this summer, Swansea have played three games against South Wales neighbours Newport County winning all three without conceding a goal.

They have also seen a bit of a reshuffle of their squad, letting 11 players leave, including Ghana international Andre Ayew and bringing in 16 new faces.

Tickets for the game are still available and can be bought from the Home Park Ticket Office, argyletickets.com, or by calling 01752 907700.