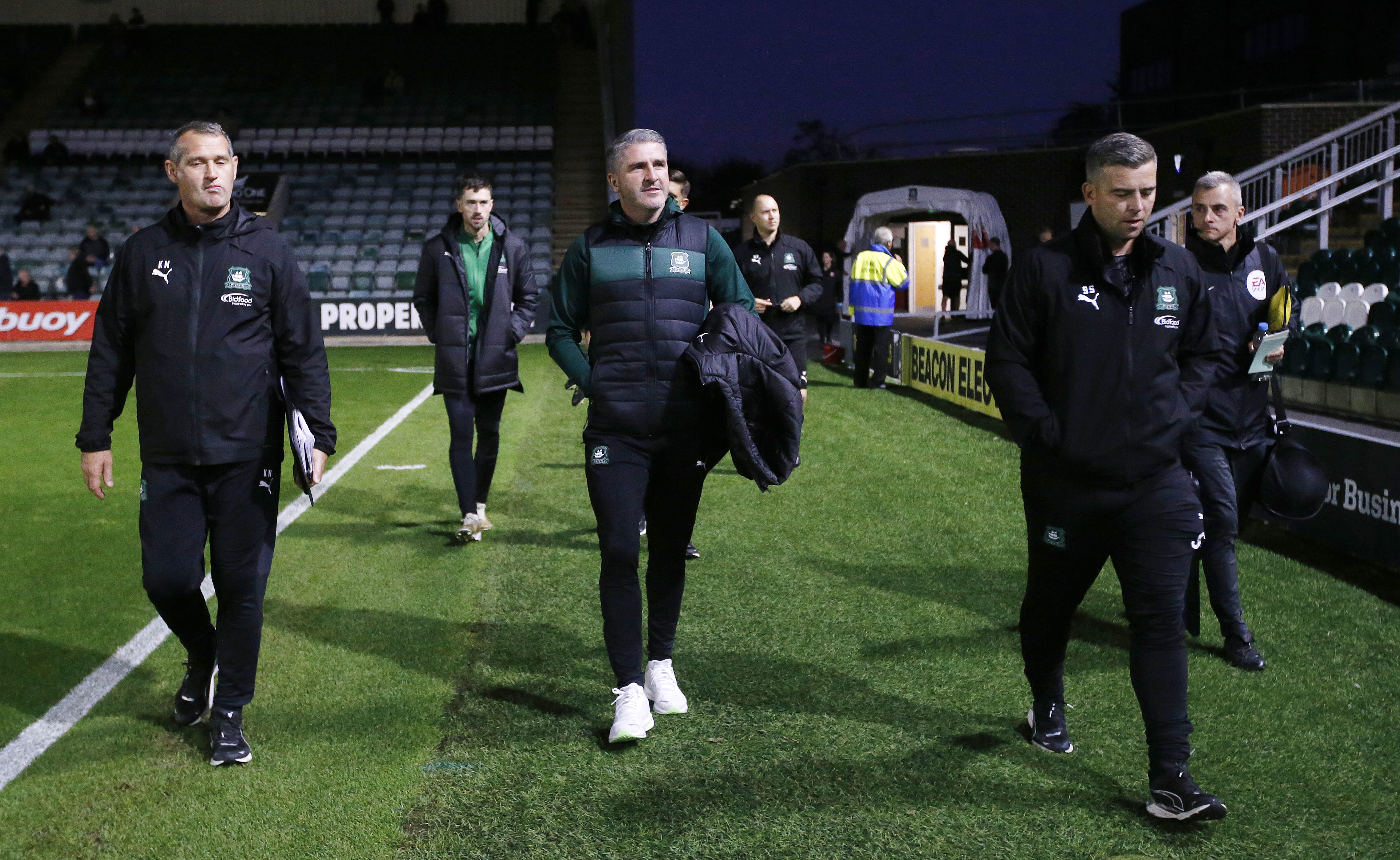 Lowe looks for the positives

Ryan Lowe was looking at the positives after Argyle’s second defeat of their Papa John’s Trophy campaign against Swindon Town on Tuesday night.

The result leaves the Pilgrims bottom of the table but despite the disappointing 3-1 loss, the manager was keen to stress the bright parts of the game.

“I thought we were good in the first half,” Ryan said in the aftermath.

“They started really well but we got ourselves back into it and it looked like we might score again.

“We are disappointed, we don’t want to lose any game but they’re a good little team Swindon, and play good stuff.”

After falling behind to a Macaulay Gillesphey own goal, the Pilgrims hit back through Kieran Agard, who scored his first goal for the club.

He flicked home a Gillesphey cross at the near post to divert the ball past the ‘keeper and Lowe was pleased that he’s now off and running.

He said, “I am pleased for Kieran to get his first goal, he should have scored another one too.

“That is why we played Kieran tonight, I wasn’t sure whether to play him, but he took his goal well and I am really pleased with that.”

Although he was quick to point out the positives, Ryan did feel that Tuesday night was a missed opportunity for a few members of the squad.

He made seven changes to the side which beat Burton Albion 2-1 three days earlier and felt some didn’t do themselves justice.

He said, “It was a missed opportunity for some of the youngsters and the lads who are on the fringes.

“There is only one more game left in this competition and then there won’t be much game time.

“I don’t want to dwell on it, and I did think there were loads of positives, young Will Jenkins-Davies held his own in the second 45, getting a few touches.

“Danny [Mayor] was fantastic in the first half as well and was just getting going, wasn’t he?

With just one game remaining in the group stages of the competition, there is still an outside chance that Argyle can progress.

They play Arsenal under-21s on Tuesday, 16 November and a win against the young Gunners and a win for Swindon over Newport County AFC, could see the Greens progress.