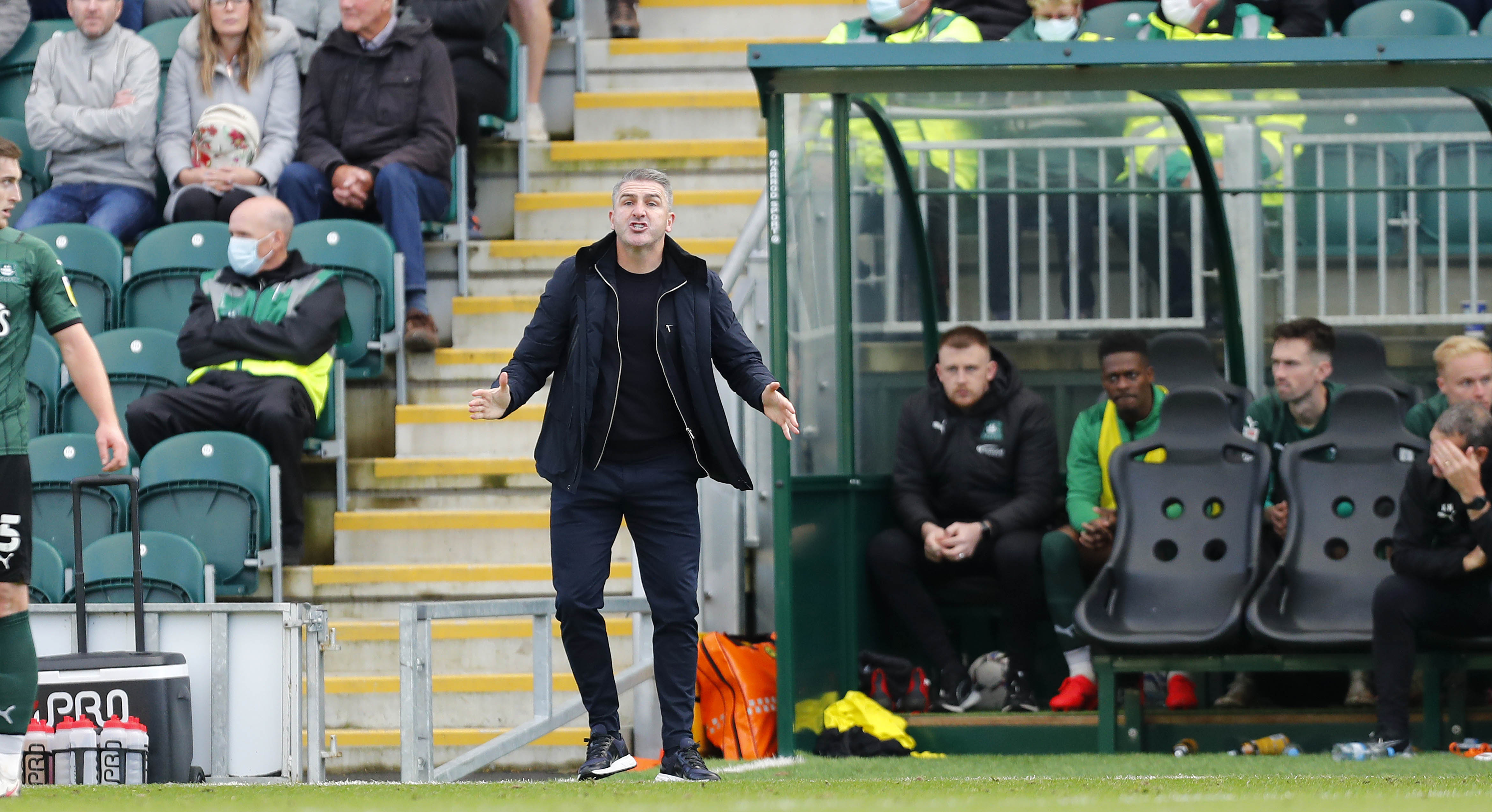 Argyle boss Ryan Lowe has been nominated for the Sky Bet League One Manager of the Month award for October.

The Greens’ manager oversaw an unbeaten month in the league, with four wins and two draws taking Argyle to the summit of the division.

October began with a 2-2 draw at Lincoln City, with the Pilgrims denied victory at the LNER Stadium by a dubious last-minute penalty, before a 2-1 win over Burton Albion at Home Park one week later.

The Greens then secured two of their most impressive victories of the campaign, a 3-1 come-from-behind victory at Oxford United, before a 3-0 home win over Bolton Wanderers a few days later – a game made infamous by the incredible circumstances in which Ryan Broom swept home and celebrated the third goal in a Home Park monsoon.

A 1-1 draw at Morecambe on 23 October followed, before the month was rounded off by 2-1 win over Ipswich Town a sold-out Home Park, with the Greens recording their highest league attendance since 2008.

It is the second consecutive nomination for Lowe, having been on the shortlist for the September award.

He is up against Wycombe Wanderers’ Gareth Ainsworth, Rotherham United’s Paul Warne, and Oxford United’s Karl Robinson for the honour.

The winner will be announced on Friday, 12 November.