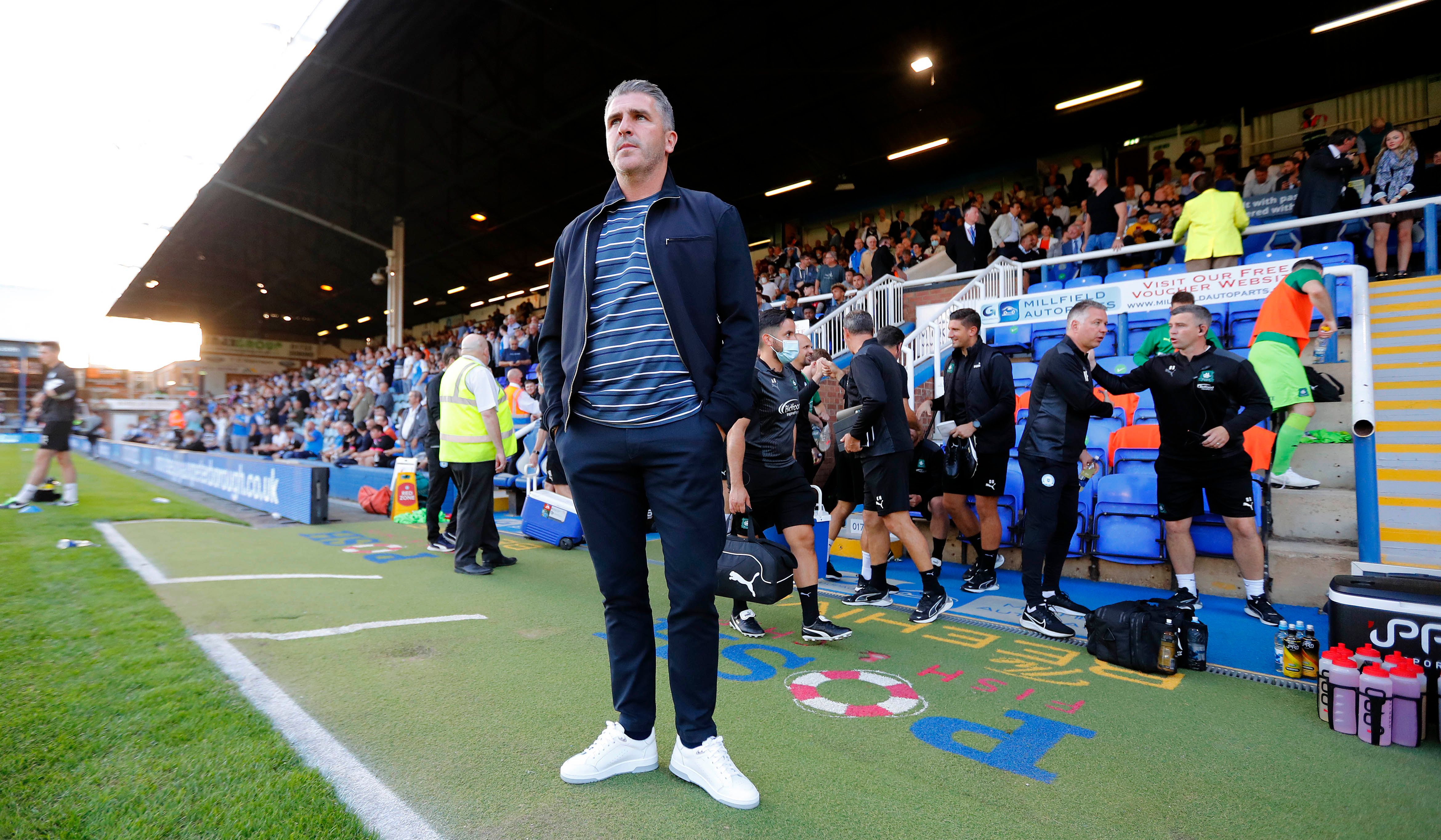 Argyle manager Ryan Lowe was cautious not to get carried away after his side knocked out Sky Bet Championship opposition in emphatic style in the Carabao Cup first round on Tuesday night.

Two goals in either half gave the Greens a 4-0 win over Peterborough United at the Weston Homes Stadium that saw Argyle progress to the second round of the competition for the fourth year in a row.

The performance and result thrilled the 260 members of the Green Army who made the trip to Cambridgeshire and showed the quality that the Ryan has in his squad.

He said, “It was a fantastic performance, fantastic goals. Every single one of them worked their socks off there tonight.

“You can’t get too high or too low, we had a disappointing result on Saturday but tonight they were fantastic.

“We want to go and compete in every competition we are in. Yeah, they made a few changes but ultimately, they are a Championship outfit and we’ve played some good football, we’ve created chances and we’ve counter pressed loads.”

Posh boss Darren Ferguson had made seven changes to his side that lost 3-0 to Luton Town in their return to the Championship on Saturday.

Having said that, six of their new recruits started the game on Tuesday, including big money signings Joel Randall and Kwame Poku.

“We’ve dominated a lot of the ball and scored some good goals, but I’ve got to be level-headed if you like, it’s just one game and we have to have that consistency.”

The attacking play will rightfully get praise with both Ryan Hardie, with two, and Luke Jephcott getting on the scoresheet.

There was plenty of other good attacking play from the Pilgrims, but one other area which also excelled was the defence.

Having conceded two goals on the opening weekend in the league, the back three of James Wilson, Dan Scarr and Brendan Galloway looked secure, making it difficult for Peterborough to make any inroads.

Ryan said, “Their job is to keep the back door shut and they were immense. It was a good footballing game, I’m really pleased because the performance was very, very good.”

“Now we move onto the league, we have to have those consistent performances week in week out, especially at Home Park because we’re really excited to get back and see the fans on Saturday.”