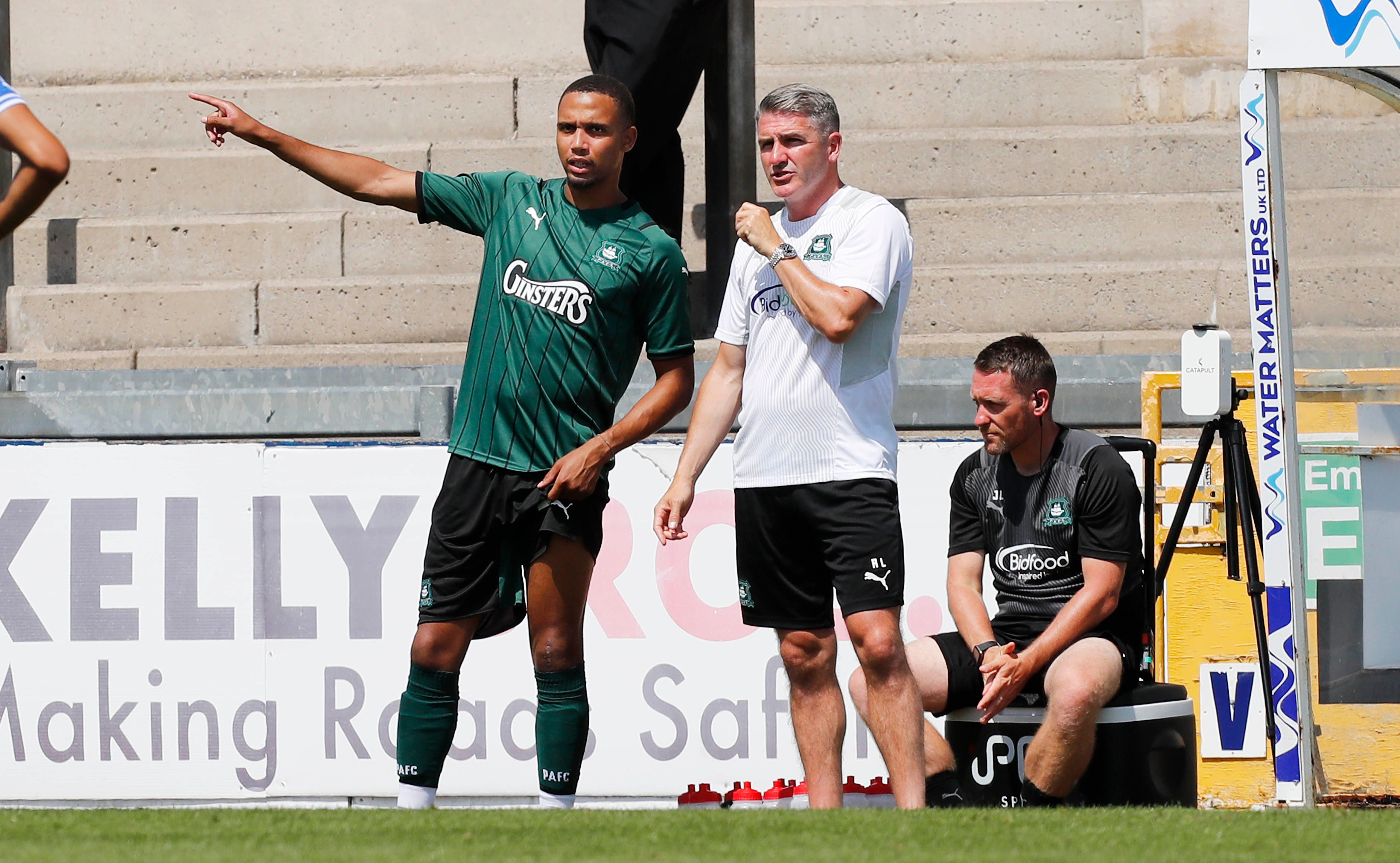 The game at the Memorial Stadium was played in 29-degree heat, but Ryan was happy with what he saw from his players despite the temperatures.

It was the third game of the summer schedule and the first against EFL opposition.

Ryan said, “We knew it was going to be very competitive, Joey’s [Barton] teams always are.

“It’s nice to get on a nice pitch, play nice football against a decent team who were trying to play the right way also, so I’m pleased.”

One aspect of the game that got particular praise from the manager was the way Argyle pressed their opposition high up the pitch.

Most of the Greens’ chances in the first half came from Argyle winning the ball in the Rovers half – something that has been worked on in training.

Ryan said, “We set out a plan today, we’d done some stuff on a mid-block of regaining the ball in certain areas, high up the pitch.

“A lot of the stuff we worked on in training we showcased today. The lads were getting more minutes which is vital in pre-season.”

The Pilgrims opened the scoring in a first half they controlled, Luke Jephcott slotting home a penalty after he was bundled over in the box.

One of the reasons the Pilgrims managed to take control of the game in the opening 45 minutes was the work of the midfield three.

One of those, Jordan Houghton, came off midway through the half but Ryan was quick to explain that it was just a precaution.

He said, “He [Houghton] was just a little bit tight. He was only playing 45 minutes, but I decided to take him off.

“He’s fine though, he’s walking OK and he’ll be OK to train on Monday”

Argyle’s next game on Tuesday night will see Sky Bet Championship side Swansea City visit Home Park for a 7pm kick off.