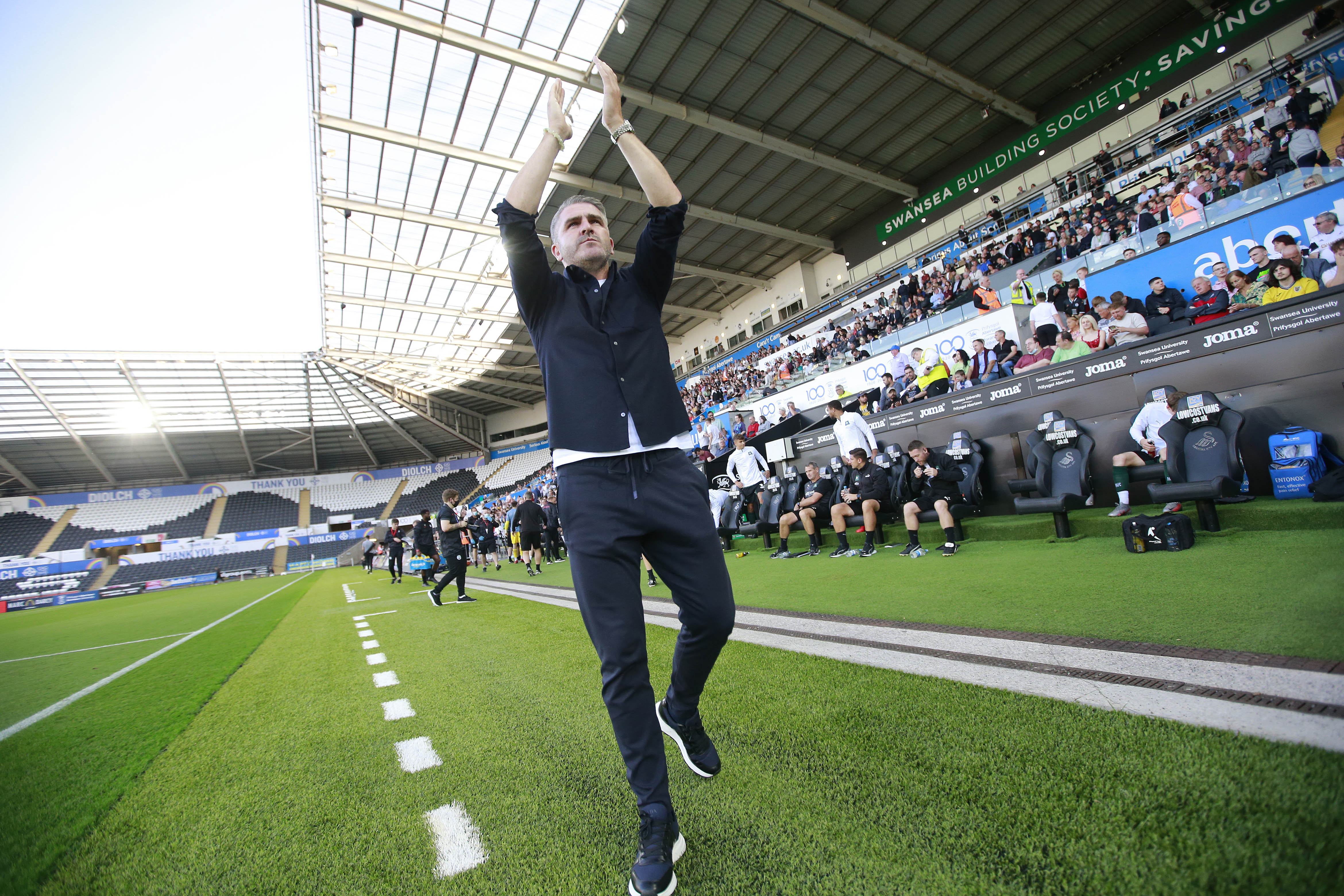 Ryan Lowe was proud of his team as Argyle bowed out of the Carabao Cup at the hands of Swansea City.

A youthful looking side including Academy graduates Ollie Tomlinson, Adam Randell, Ryan Law and Luke Jephcott, more than matched their Sky Bet Championship opposition for the majority of the tie, before a final ten-minute flurry of goals gave the scoreline a rather unkind look.

4-1 may suggest that Swansea were by far the better side but anyone inside the Swansea.com Stadium will tell you that wasn’t the case.

Argyle were in the game and causing their hosts some major problems.

“I feel for the lads, I thought they were excellent.” Manager Ryan Lowe said, “We had a game plan and for 80 minutes I thought we were well in the game.

“They are a good team and I know they made a few changes, but I think the last ten minutes sort of killed us.

“The momentum was with us and I’m disappointed to concede the last three goals but them lads have been excellent all season - we were up against a quality team with quality players.”

Until the 79th minute Argyle and Swansea were level at 1-1. Daniel Williams’ first half strike cancelled out by Academy scholar Rhys Shirley’s first competitive senior goal.

That goal in particular was a huge positive to come from the game and further proof that the academy system at Argyle is working well.

Shirely tapped home at the back post from an Adam Randell cross – a goal made in Plymouth and Lowe couldn’t have been happier.

He said, “Young Rhys Shirley – what a special little moment for him, it was a great goal.

“I told him before the game to back himself and attack the back stick.

“I thought all the young lads were great. Ollie [Tomlinson] was fantastic, he didn’t look out of place. His pass completion was very good, and he defended well. Lawsy was up and down that flank.

“We made the changes to rest a few and it was a fantastic performance for 80 minutes.”

In total, seven current or former academy players were in the matchday squad and held their own against top quality Sky Bet Championship opposition.

It may not have been the result Argyle were after, but the evening proved a success in many different ways.