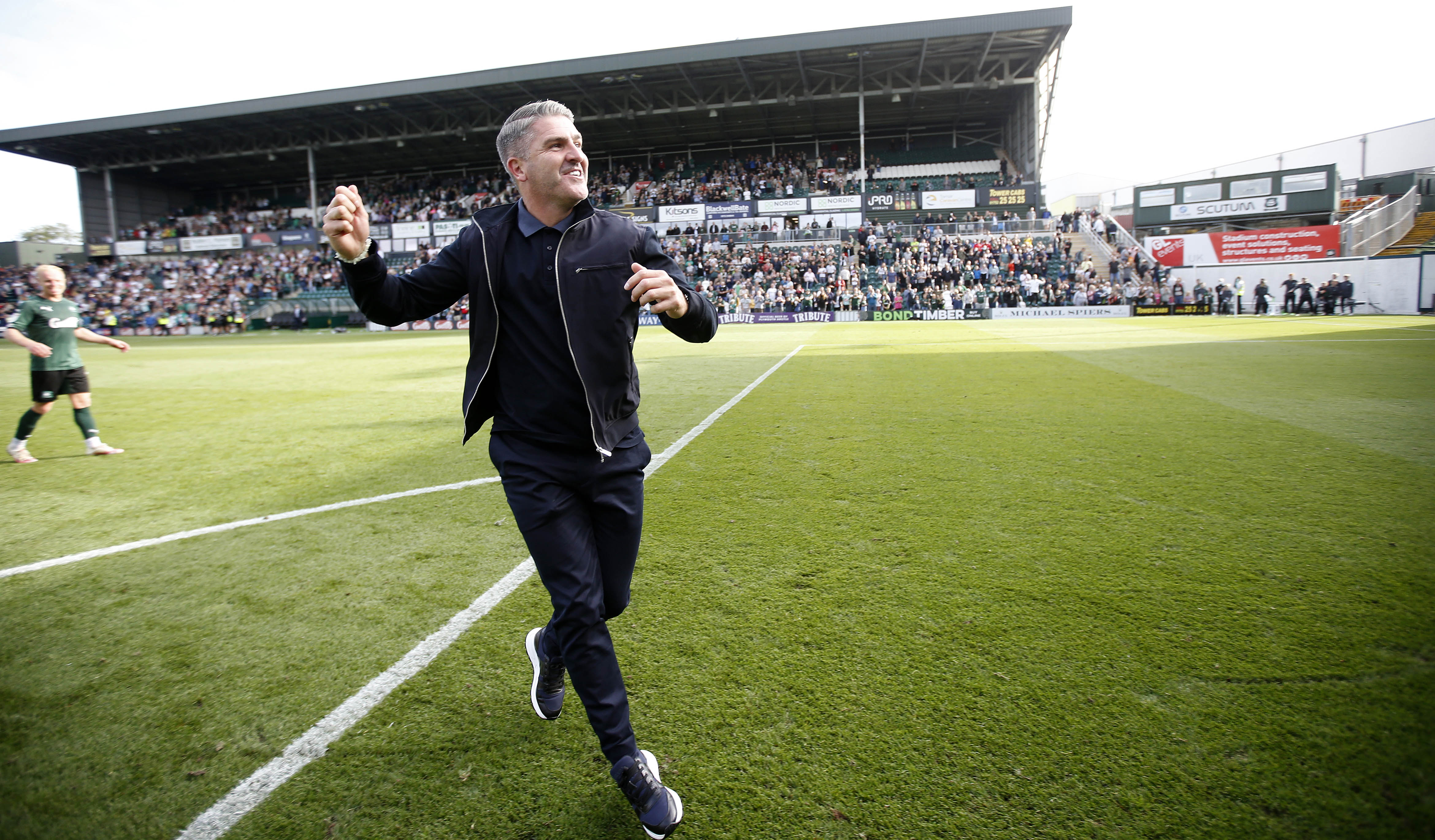 Ryan Lowe has praised the atmosphere for inspiring his side to put in the performance they did to beat Sheffield Wednesday 3-0 at Home Park on Saturday.

Just shy of 14000 fans were in the ground to watch Joe Edwards, Dan Scarr and Ryan Law give the Pilgrims their third straight win over the Owls, in a highly impressive performance.

Ryan said, “Today felt like I was at a Premier League game, I couldn’t hear my self and I’ve lost my voice. When we’ve got our numbers like this, the place is going to be electric.

“The performance of the lads today was fantastic. We gave them a game plan and they’ve gone an executed it spot on.

“We have put on a performance today; this place was bouncing.”

The Greens had a week off from league action and the extra rest showed, as from the first minute Argyle were on top of their opponents.

The performance in the first half was some of the best football played at Home Park for some time and the manager believes the atmosphere in the stands helped his players start the game so quickly.

He said, “The excitement around the game today helped us.

“Sheffield Wednesday are a massive club. I know, I played there, I know what it means. It was a fantastic performance, but we need to keep these performances up, we need to be consistent.

“We’ve got to keep working and putting games plans together and if they can perform like they did today we’ll win a lot of points.”

The goals came at good times too. Joe Edwards opened the scoring with a bicycle kick inside the first ten minutes with Dan Scarr doubling the Pilgrims lead just before the break.

22-year-old Ryan Law rounded the scoring deep into stoppage time to kill the game off and put a gloss on what was a pretty perfect afternoon.

“Scarrsy’s goal from a set play was great and we’ve been working on them on the training ground.

“The one at the end epitomised it for me, I was pleased for Lawsy and we’ve been asking him to do more in the final third.

“We have to be careful, and I know I’m being boring aren’t I? But this is a tough league and some of the games will be very tough.

“The expectations will go through the roof, but we have to keep grounded and keep them down. AFC Wimbledon will be another tough one.

“This one is gone now, it's three points in the bag now and we move on.”

And the Pilgrims go into that game with AFC Wimbledon on Saturday, 18 September five games unbeaten and sitting eighth in the Sky Bet League One table.