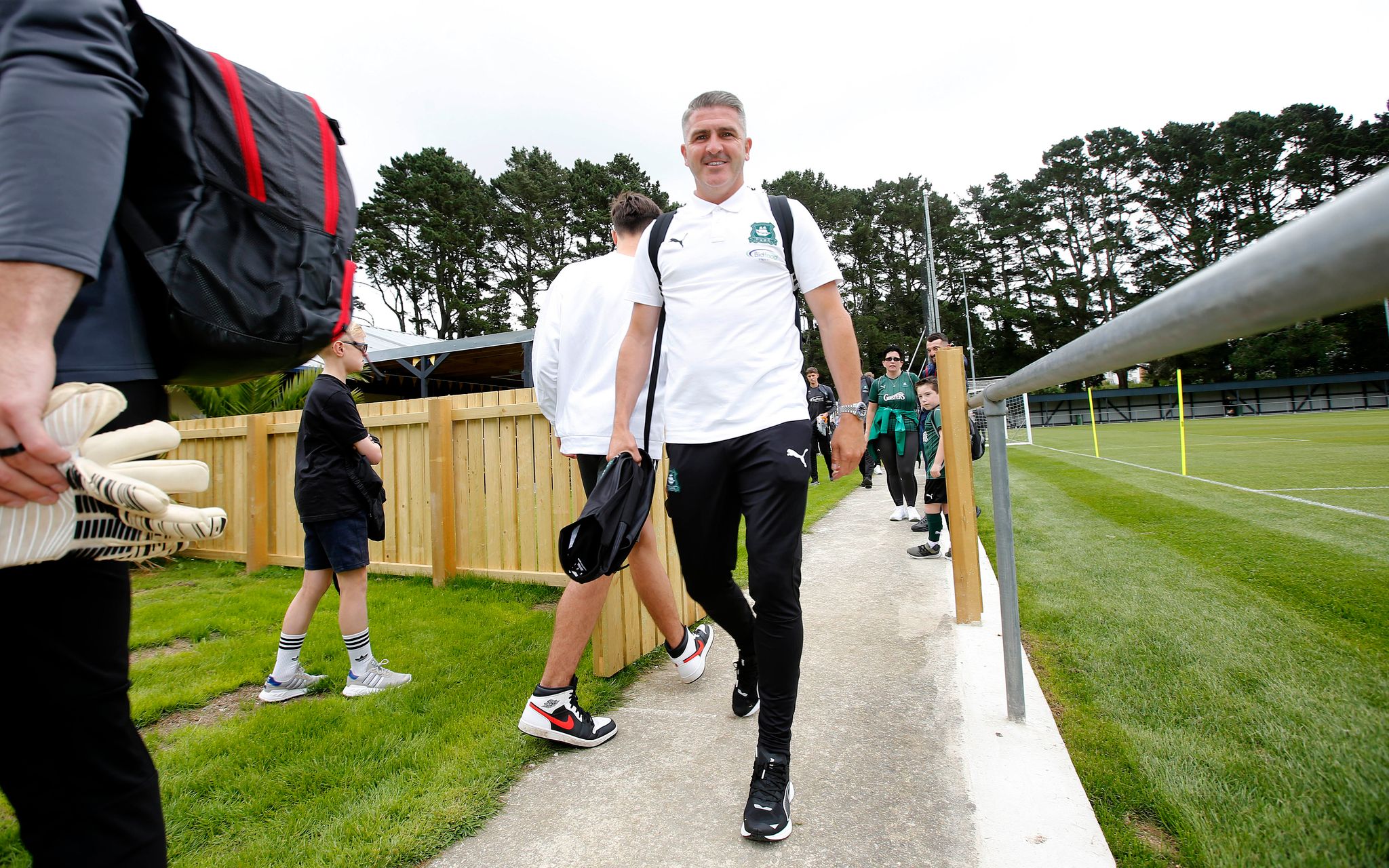 Manager Ryan Lowe praised the performances of the youngsters in Argyle’s 5-1 pre-season win over Plymouth Parkway on Saturday.

Ten players who had either come through the ranks and made it into the first team or are still part of the Argyle Academy were involved at Bolitho Park.

The game was a chance to get minutes into the legs of the players but also give these youngsters the chance to play with the first team and to get a taste of men’s football.

Ryan said, “I thought it was a good game, there was loads of good football especially from the young lads coming in and fitting our mould.

“They know what we do and how we do it, its excellent. They didn’t look out of place.

“This is what we expect from them now, they have to know what’s expected of them and they’re doing what they’ve been asked to do by Darren [Way] and Jamie [Lowry].”

Four players made their first appearances for the senior side with Angel Waruih, Oscar Massey, Rhys Shirley and Oscar Rutherford all coming on in the second half.

And for Oscar Rutherford it was a game to remember. The right-wing back scoring Argyle’s fifth and pick of the goals.

Ryan said, “I joked that we have another Joe Edwards on our hands, fair play to Oscar.

“All these lads are around the first team now and that’s what we want. They’re with us and with us for a reason; they’re good footballers.”

Around 1000 fans braved to rain to watch this new-look Argyle team, the first time that supporters have been able to watch the Pilgrims since January.

For the youngsters and new players, it was the first time they would have experienced the Green Army, something that Ryan was happy about.

“For our young lads and even the new lads to see the fans, I told them to relish it. These opportunities to see how our fans bounce and sing and shout - they’ve got to enjoy it.

“Even though there was only 1000 here today, it was nice.

“We have a great relationship with Parkway. Now they’re in a higher league it might mean we can send some lads on loan to play games.”

Another player keen to impress on his first outing for Argyle was triallist Brendan Galloway.

The former Everton and Luton Town man started the game on the left-hand side of a back three and scored the opening goal of the game.

Ryan was impressed with what he saw, “Brendan [Galloway] is a fantastic player and his attitude has been different class.

“He’s here to earn a contract but we have to manage him to get his fitness up.

“You don’t play in the Premier League and Championship if you’re not a good player. Hopefully he can keep it up and can be an Argyle player going forward.”

The Greens are in action again on Wednesday 14th July, when the squad will split to play two games against AFC Tavistock and Saltash United.