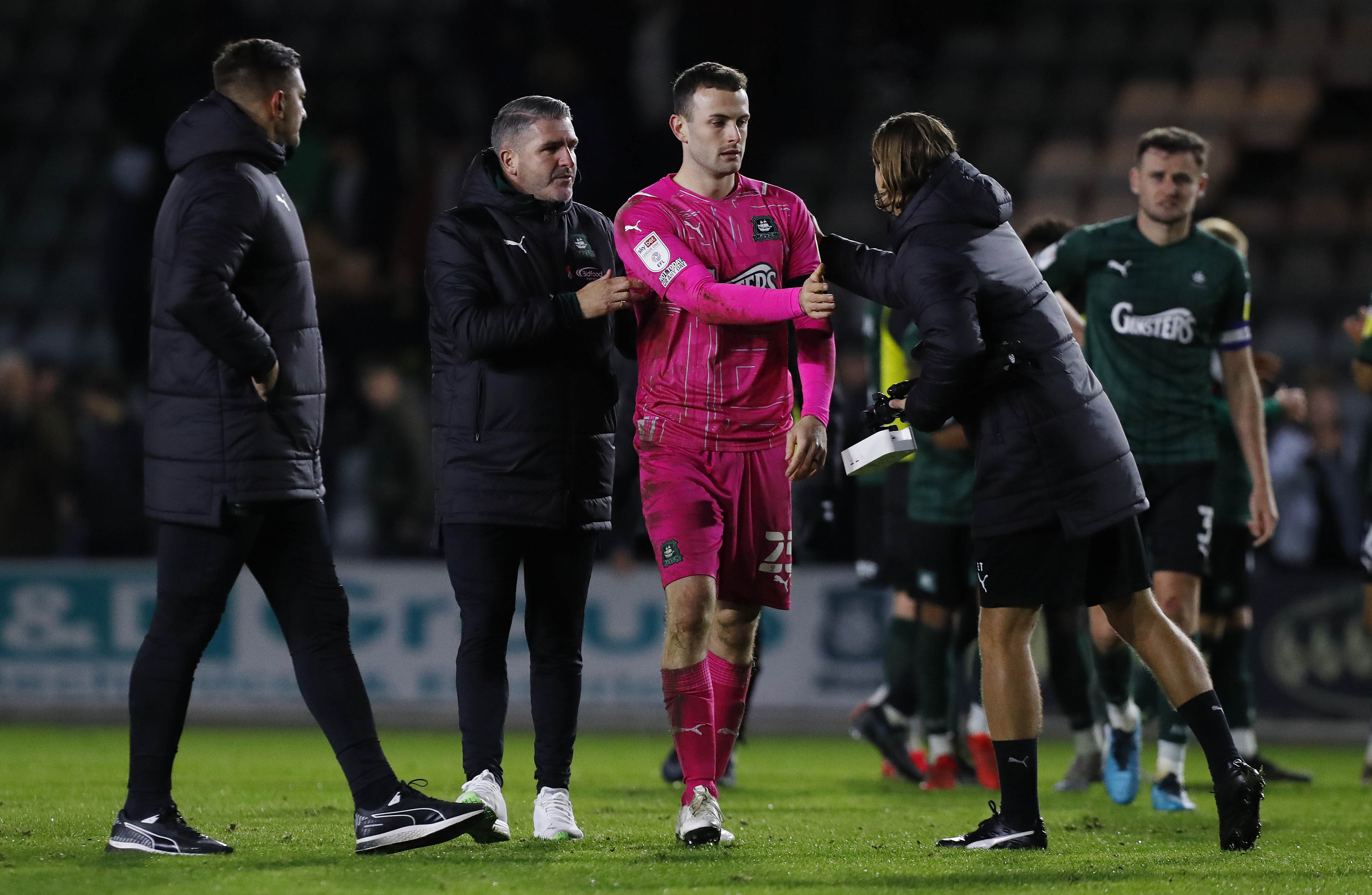 Lowe proud of young side

Ryan Lowe feels his young side can be proud of their performance in Argyle’s penalty shootout win over Arsenal under-21s in the Papa John’s Trophy.

Ryan changed his entire starting line-up for the visit of the young Gunners and handed 17-year-old Will Jenkins-Davies his first senior start.

He was one of five players to begin the game who had come through the youth system at Argyle.

Three others came on in the second half including 16-year-old Caleb Roberts, who made his debut for the Pilgrims.

Speaking after the game Ryan said, "I thought our youngsters were fantastic. I think we finished with eight academy graduates on the pitch.

“It was a good game they have some fantastic players in their team and they play in Europe a lot.

“We had a lot of youngsters out there that held their own. It was nice to get a draw from the game and then win on penalties.”

The extra point gained by the shootout win wasn’t enough for the Greens to progress to the knockout stages.

Losses to Newport County AFC and Swindon Town mean that Argyle finished with two points from their three games.

Ryan felt that it was a missed opportunity for his side.

He said, “We missed an opportunity in the other two games, the performances and results weren’t good enough.

“The teams we’ve put out in the competition we should have had five points minimum which might have seen us through.”

Having said all that, six Academy players have been handed their debuts this season and have gained valuable first team experience.

Ryan said, “We have three little superstars in the academy with Will Jenkins-Davies, Caleb Roberts and Freddie Issaka – they are all quality players.

“All of them need to keep their consistency up, I need these lads who are going to be good assets for the football club to perform like they did tonight.

“The academy kids have to believe that they’ll get opportunities, but they have to earn the right as well and they do that by performing for the youth team day in day out.”