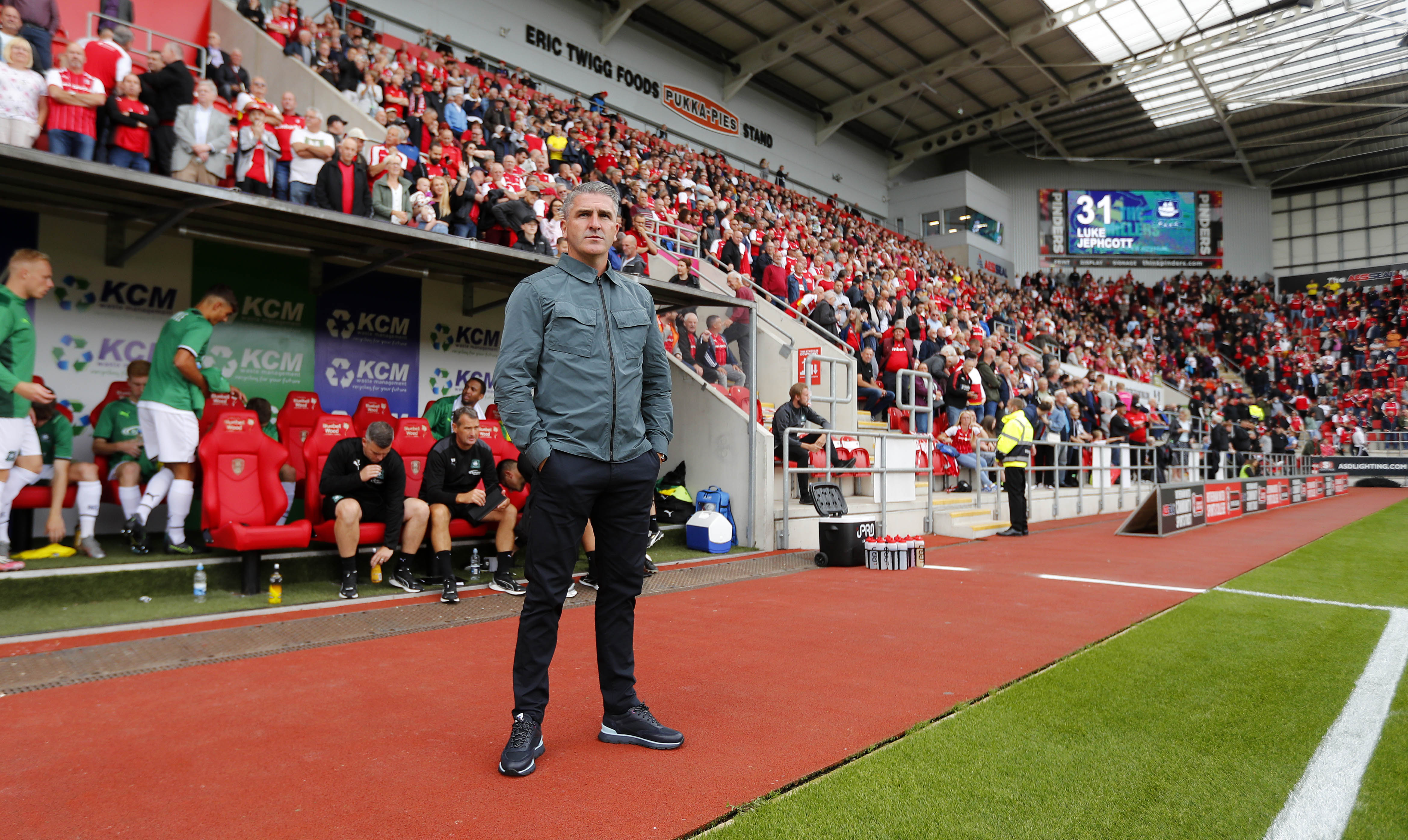 Argyle manager Ryan Lowe is keen to take the positives and swiftly move on from the Pilgrims’ opening day defeat at Rotherham United.

First-half goals from former Pilgrim Freddie Ladapo and Ben Wiles were enough to hand the Millers all three points on their return to Sky Bet League One, with the Pilgrims made to pay for failing to capitalise on spells of territory and possession.

“We’ve come up against a Championship outfit today, and we held our own in possession and in the football we played.

“We knew [Rotherham] was going to be a tough place to come, but I thought we played some good stuff, and we have to dust ourselves down quickly - we have to go again.

“We have Peterborough away on Tuesday and two home games to look forward to, but we will keep sticking to the plan, keep doing the right things and we’ll hopefully score more goals.

“I know what League One’s going to be this season, competitive, and that’s going to be the case all the way through the season, so we’ve just got to dust ourselves down.”

With just over three weeks left until the end of the transfer window, Ryan admits that a couple more additions to the squad could be beneficial, and his squad building is not yet complete.

“We know we need to add a couple more players because on the bench today there were youngsters on there and they will be around, but we do need to add one or two more.

“We know what we need, but it’s finding it, they’re tough to find, we have to wait now and see how the next few weeks goes because they may come available, but we’ve got to keep working with the group we’ve got.

Saturday afternoon saw the unrestricted return of fans to stadiums for the first time since March 2020, and Lowe saved his last words for the 1,100 strong Green Army who attended the AESSEAL New York Stadium.

“We don’t want any disappointment with the fans, we want them to be there with us and they are. The appreciation for the fans will always be there and we’re thankful for their support.

“We’ve said all along, they’ll have more good times than bad, so we’ll see them on Tuesday and Saturday.”