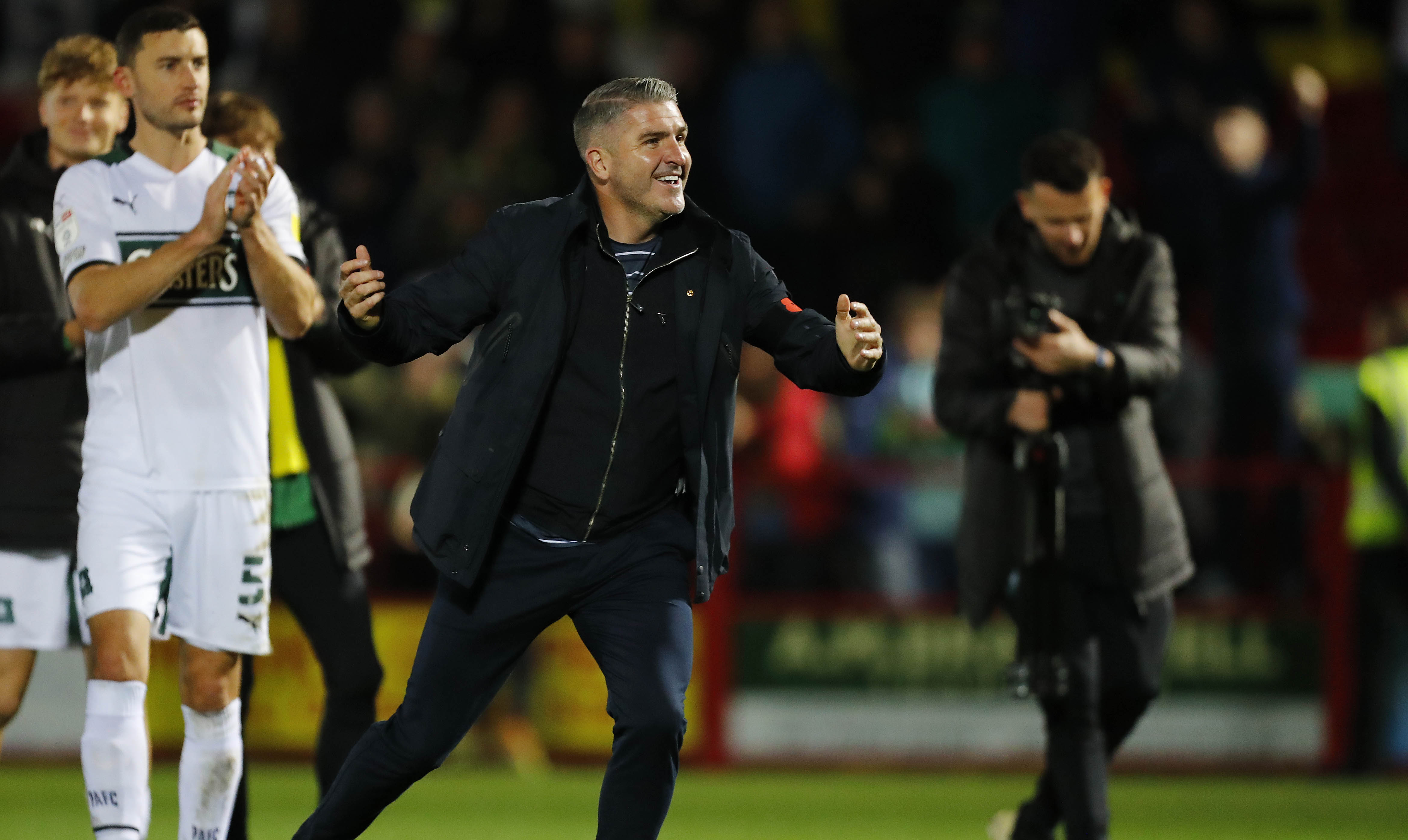 Ryan Lowe couldn’t hide his delight in Argyle’s performance as they went back to the top of the Sky Bet League One table with a 4-1 win over Accrington Stanley on Saturday.

The Greens led 2-0 at the break thanks to an own goal and Jordan Houghton’s first goal since re-joining the club in the summer.

They were pegged back when Tommy Leigh netted for the hosts, but a wonder strike from Ryan Broom and a header from Ryan Hardie saw Argyle run out comfortable winners.

The manner of the victory and the way the side dealt with Stanley’s threats was what pleased Lowe the most.

Speaking after the game he said, “It’s a fantastic win, not many teams will come here and do that.

“Accrington are a good team, we knew they were going to be a threat in the way they set up.

“We were definitely worthy of our goals.”

The Pilgrims were without three first team regulars with Luke Jephcott and Brendan Galloway away in Wales under-21 and Zimbabwe duty respectively and talented midfielder Danny Mayor missing with a sick bug.

The disruption though, didn’t seem to hamper the Greens’ performance.

Ryan said, “We had youngsters on the bench who are stepping in, we didn’t have Danny, Brendan and Luke and have these other players stepping in doing so well.

“I said to the group yesterday, ‘those stepping in, the shirt is yours, make sure you keep it.’

“I just thought we were superb today, every single one of the boys.”

The victory not only takes Argyle back to the summit of the league, but it also extends the unbeaten run to 16 games.

Four of the last five matches have been wins and the Greens boast the second-best away record in the division.

Ryan said, “We knew they were going to come out and try to get in our faces and one thing you have to do when you come to Accrington is compete, and that’s what we’ve done.

“When we got our foot on the game we got into the swing of things and stared playing through the thirds, we looked a real threat.”

Saturday also saw Ryan clock up his 100th league game in charge of the Greens and he couldn’t have wished for a sweater way to mark it.

He said, “I am proud to represent this football club, and what it represents - especially with these travelling fans once again.

“I want to keep chalking up the games and continue to do well - I would have treated today if it was my first, 99th or 100th but it’s great.”